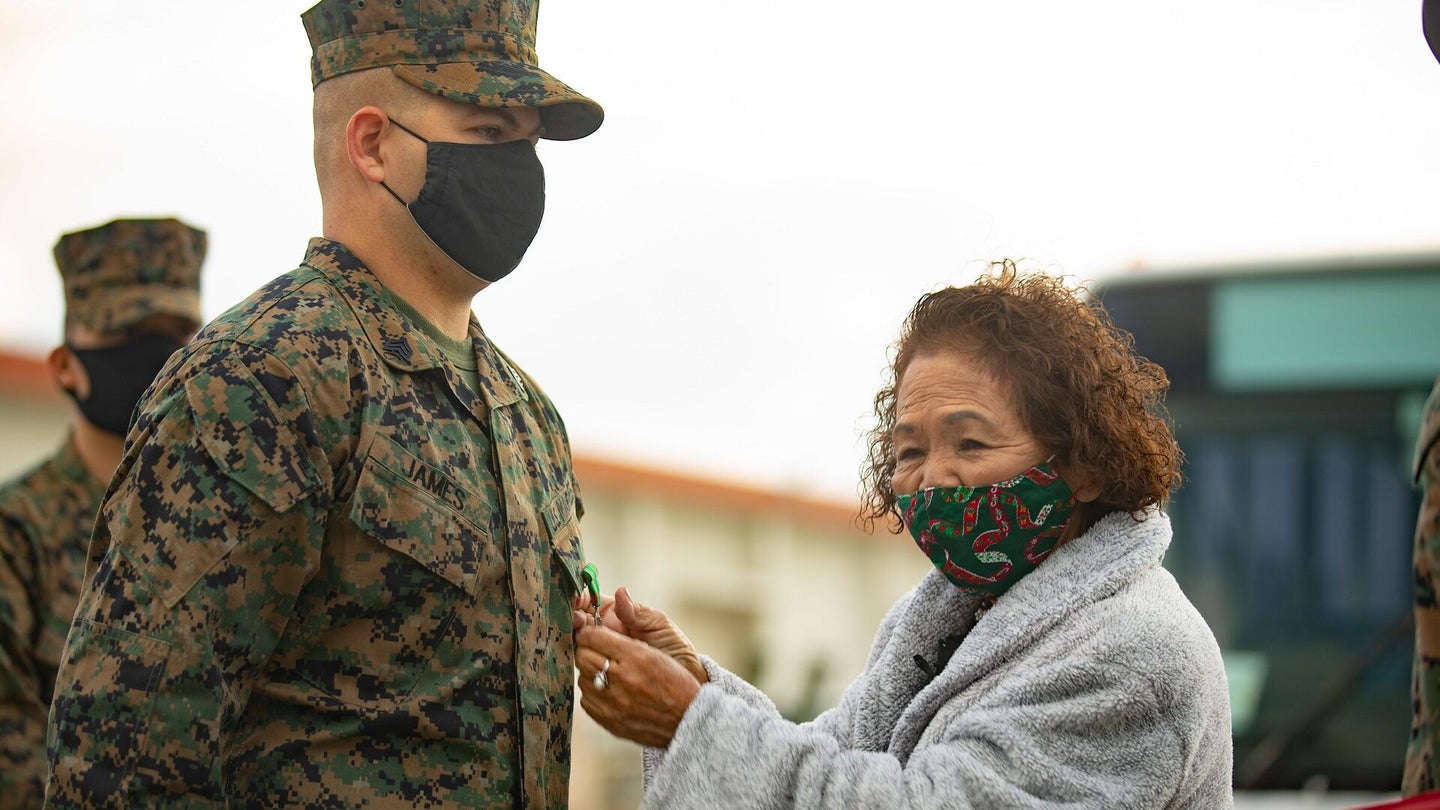 After an elderly woman named Tokiko Ahuso was bitten by a deadly viper on Nov. 6 in Kin, a town in the Okinawa Prefecture of Japan, U.S. Marine Sgt. John James sprung into action and rendered first aid. Thanks to his efforts she survived, and on Dec. 23, Ahuso attended an award ceremony for James at Camp Hansen, Okinawa.

A motor vehicle operator with Combat Logistics Battalion 31, with the 31st Marine Expeditionary Unit (MEU), was awarded the Navy Achievement Medal for his intervention after Ahuso was bitten by a habu viper. Okinawa is home to 24 snakes, eight of which are venomous, and of those, four are habu, and each one poses a real danger to people.

As Task & Purpose previously reported, James and some friends were outside grilling burgers and hot dogs when they heard a sudden commotion as Ahuso yelled out “habu, habu!” After a call was placed to emergency services, James used a friend’s belt to tie a tourniquet two inches above the snake’s bite marks — he credits his quick thinking to the training he received as an embassy guard.

RELATED: U.S. Marine saves elderly woman’s life after she was bitten by a Habu viper

After emergency services arrived they were able to find the snake, and in doing so, identified the correct anti-venom to treat Ahuso’s wound.

Ahuso attended the award ceremony with her daughter, at which time she thanked James, and met the commanding officer of the unit, before taking a tour of the vehicles James works on as a motor vehicle operator.