Ukraine needs more than just weapons to beat Russia. It needs a strategy

Mortars and missiles alone won't cut it, according to former JTAC. 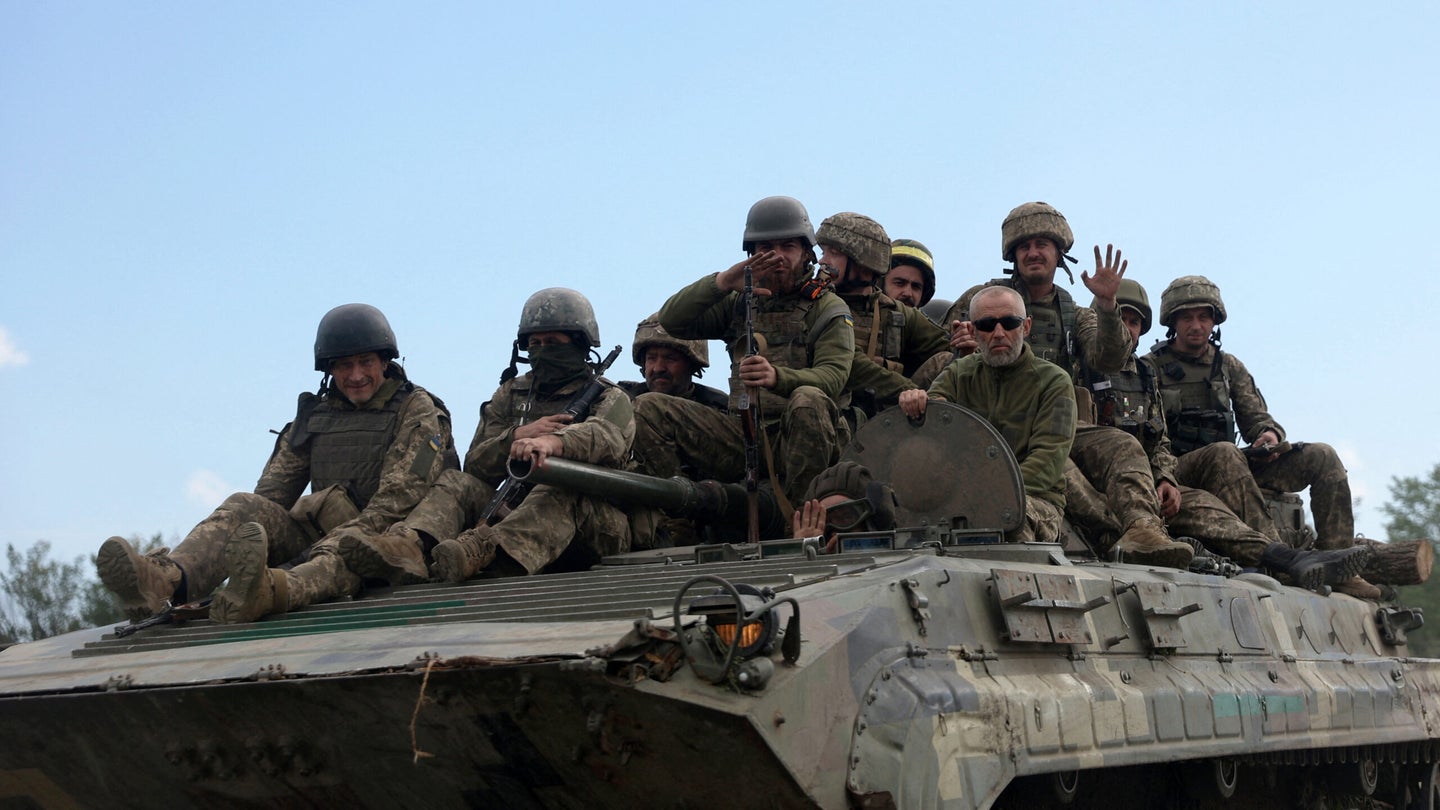 The continuing shipments of Western aid to Ukraine highlight a cold reality – that nations remain slow to adjust their war-fighting methods from previous conflicts, and there remains a lack of strategy as this crisis transitions from Ukrainian survival to a battle of attrition between Ukraine and Russia. The West’s attempt to build a modernized Ukrainian army on the fly, without thought to long-term viability, will be hampered by Kyiv’s ability to sustain such a military force in an era of the re-emergent Russian threat.

The impetus has been to throw everything at Kyiv since the initial invasion to stop Moscow, whose reputation as a villain has never been so clearly rendered. These efforts worked with low-tech systems as a tourniquet to staunch the bleeding early on, but now that this war has settled into a long-term attritional contest, it remains unclear what Kyiv, NATO, the E.U., or the United States. intend the outcome to be. Absent a political solution to the conflict, there seems to be no functional grand military strategy.

Further, if the West truly wants to anticipate any future wars and prepare accordingly, it has thus far failed to exploit the terrible opportunity that Ukraine’s plight presents; specifically how forward-thinking may be employed against adversaries who have yet to adapt to the new mode of warfare. The short-sightedness of shipping traditional weapons, technologies, and capabilities to the Ukrainians, with only the bare minimum training necessary to field these systems, let alone maintain them, is hindered by the lack of a grand military strategy  –  a unifying doctrine that gets Ukraine beyond ‘survival mode’ and refocuses its military efforts towards seizing the initiative. Furthermore, lacking a doctrinal organization of the Ukrainian military to better coordinate its efforts, i.e., enabling their units to function as a joint force, and instead engaging in a reckless distribution of weapons, weakens the long-term potential for the future of Ukrainian forces.

Granted, the use of open-source intelligence, commercial technologies, and other non-traditional mechanisms of national resources have been employed in the conflict. But this remains, in no uncertain terms, a war between two powerful and functional states, requiring the appropriate tools of warfighting, and a grand strategy  –  a Ukraine-holistic grand strategy –  that simply arming, and rearming will not produce.

In small doses, new tools of combat have been placed in Ukrainian hands which offer some measure of innovation and are appropriately suited to the sustainment capabilities of the non-NATO defenders; components like Loitering munitions, Electronic Attack, and space integration, tools heretofore not used together in a modern war. But the great limitation, as is often the case, is the short-sightedness of how the West prepares itself for future conflict, where it has instead chosen to substitute military aid for coherent foreign policy.

In Ukraine, the international support via weapons technology and aid packages is attempting to build a modern national military  –  Ukraine’s  –  on the fly, and force it into a NATO mold. Prior to Russia’s invasion, there were marginal efforts to bolster Kyiv’s military capacity like the U.K.’s “Operation Orbital”, where British military personnel provided hands-on training and tactical guidance to Ukrainian forces. U.S. military and financial aid pre-date the February 24th invasion, appropriated in NDAA allocations which included equipment, weapons, and other military resources. Cyber and electronic warfare capabilities have been key battlegrounds in Ukraine since well before the invasion, prompting EU and NATO assistance along those fronts as well.

But then the invasion happened, and the collective response from Western benefactors has seen fit to consolidate all aid for Ukraine into traditional westernized molds. Most notably, artillery has served as the vehicle for this warfighting thesis, with such weapons that are only marginally more advanced than those which razed European battlegrounds in the First World War. Ukraine cannot hope to out-gun its adversary; indeed by many estimates, Russian artillery out-numbers that of Ukraine by as much as twenty-to-one.

Ukraine’s best hope is not to suddenly morph into something from a NATO doctrine manual, but by determining how it wants to win this war, so that it can be enabled to do so. Joshua Huminski, a Russian strategy expert and Director for the Mike Rogers Center for Intelligence and Global Affairs, told me in a recent interview “provision of increasingly high-tech systems without a determination as to what the political objective is, and in the absence of that objective, it’s unclear whether these are the right tools for the job. We’re giving Ukraine a scalpel that they are using to scrape gum from underneath the table.”

Ukraine has borne up under the unrealistic expectation that they can simply rise to the technical proficiency of a standing NATO member, and because their survival has demanded that they find a way to do so, the West continues to send more refined systems that might not even be useful in the long-term. More weapons without professionalization and coordination of those forces is not the answer.

The present battlefield is suffering from egregious levels of collateral damage and casualties on both sides, owing to traditional weapons being employed across vast distances without thought to strategic payoff or how those attacks play into a long-term strategy. It is not some new, revolutionary theory to say that Ukrainians need to be more effective at target engagement to force a Russian military defeat, but continuing to employ tools like artillery  –  with limited stockpiles and slow reconstitution  –  will inevitably create an injunction point that favors Russia.

Traditional weapons, even precision-guided artillery, cannot claim accuracy to the same degree as other modern guided munitions, nor does it replace a unifying strategy for Ukraine or a clear-eyed end state from the West. If this conflict is accepted as a war of attrition, that paradigm also favors Russia. Perhaps German military leader Helmut von Moltke said it best, “the greatest good deed in war is the speedy ending of the war, and every means to that end so long as it is not reprehensible, must remain open.” Continued reliance on arms shipments absent a grand strategy, which is presently costing civilian lives, causing damage to critical infrastructure, and the battlelines going back and forth, doesn’t hasten a Ukrainian victory, nor does it compel a Russian capitulation or a diplomatic resolution.

War remains abhorrent, but the need to bring this conflict to a speedy conclusion justifies hard, candid questions and implementations of warfighting strategy beyond more weapons and tools. It begs further questions about how the West is failing to enable Ukraine to become a legitimate and credible deterrent.