I just caught up with an article with that title in the May issue of Proceedings. It is written from... 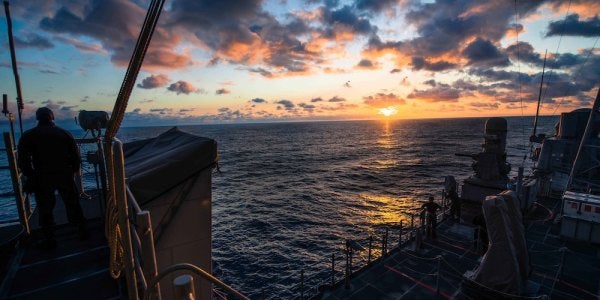 I just caught up with an article with that title in the May issue of Proceedings. It is written from the perspective of the United States having lost a war in 2025—which is just seven years from now.

My initial reaction to it was negative. It read to me like a laundry list of complaints, rather than a strategic assessment. It placed a lot of blame outside the Navy. For example, it pointed to the Fat Leonard scandal for having made the Navy lose a lot of experience. But I see that scandal as a symptom of larger problems, rather than as a cause of them. “We did as well as we could with what we were given” is pretty weak tea.

Still, the article is an interesting exercise. And there were little tidbits in it that I liked, like the necessity of realistic combat operations. I don't think anything can prepare someone for the shock of first combat, which is life-changing. But intense training and high unit cohesion can help, as can leaders who prepare their subordinates for the tough decisions.

Also, the article was written by the Pacific Fleet’s director of intelligence, so that gives it additional interest.