The 2020 China Military Power Report paints the Chinese military as a formidable foe that is growing stronger by the day. 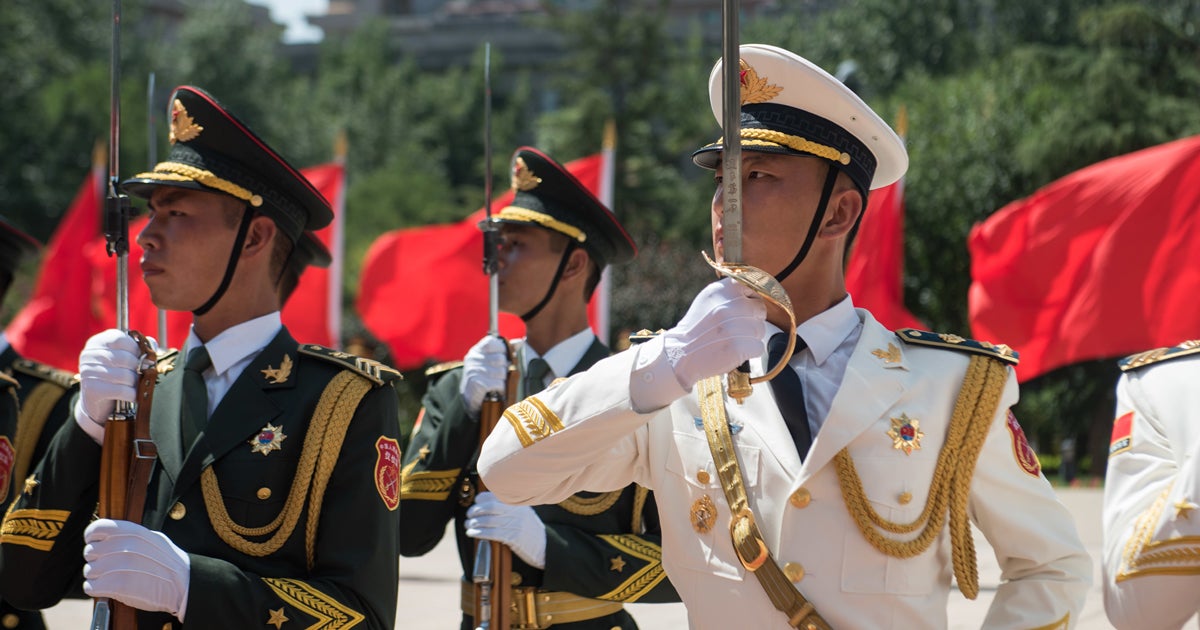 The Defense Department’s latest report on China’s military power seeks to justify the U.S. military’s fixation on the People’s Liberation Army – at the expense of Russia’s military and security forces.

The 2020 China Military Power Report paints the Chinese military as a formidable foe that is growing stronger by the day. The Chinese army is the largest ground force in the word with about 915,000 active-duty troops in combat units. China also has the biggest navy in the world with 350 ships and submarines, compared with the U.S. Navy’s 293 vessels.

China’s arsenal of nuclear weapons, currently in the “low 200s,” is expected to at least double over the next decade as the Chinese military develops air-launched cruise missiles and move its land-based missiles to a launch-on-warning posture, the report says.

The Chinese military aims to complete its modernization program by 2035 and become a “world-class” military by 2049, the 100 anniversary of the communist revolution, the report says.

“It is likely that China will aim to develop a military by mid-century that is equal to — or in some cases superior to — the U.S. military, or that of any other great power that China views as a threat to its sovereignty, security, and development interests,” the report says.

However, China has a ways to go in modernizing its ground forces, according to the report. Chinese infantry units typically have a mix of cutting edge equipment and obsolete technology that dates back to the 1960s.

Despite its impressive modernization efforts, the Chinese army continues to have problems fielding new equipment to replace old and outdated weapons systems, the report says.

Meanwhile, the Chinese navy in 2019 launched the first of its newest amphibious assault ships and has another under construction. China also commissioned its first domestically built aircraft carrier in December, bringing its total number of flattops to two.

By comparison, the U.S. Navy has 11 aircraft carriers and 10 amphibious assault ships, of which nine are in currently service after the USS Bonhomme Richard was severely damaged in a fire last month.

And the Chinese air force has more than 2,500 aircraft, of which roughly 2,000 are fighters, bombers, and other combat aircraft, the report says. China can currently field more than 800 fourth-generation fighters – the term “fourth generation” describes the capabilities that F-15s, F-16s, and F/A-18s in the U.S. military have.

The report on Chinese military power helps explain why top Pentagon officials consistently describe China as a long-term threat to American security, though it doesn't explain why the U.S. military plays down the threat posed by Russia, which is already challenging U.S. troops in Syria and flying dangerously close to U.S. aircraft.

Defense Secretary Mark Esper has acknowledged that he was briefed about intelligence indicating that the Russians offered bounties on U.S. troops in Afghanistan, but he and other top military leaders have said there is no evidence to corroborate those claims.

Esper’s criticism of Russia has been relatively sedate. In a 2019 speech, Esper said that Russia’s foreign policy continues to “disregard international norms.”

The defense secretary is much more vitriolic when he talks about China, as he did in this Aug. 26 speech: “The PRC’s [People Republic of China’s] destabilizing actions go beyond its subversive political and economic activity. To advance the CCP's [Chinese Communist Party’s] agenda, the People's Liberation Army continues to pursue an aggressive modernization plan to achieve a world-class military by the middle of the century. This will undoubtedly embolden the PLA's provocative behavior in the South and East China seas and anywhere else the Chinese government has deemed critical to its interests.”