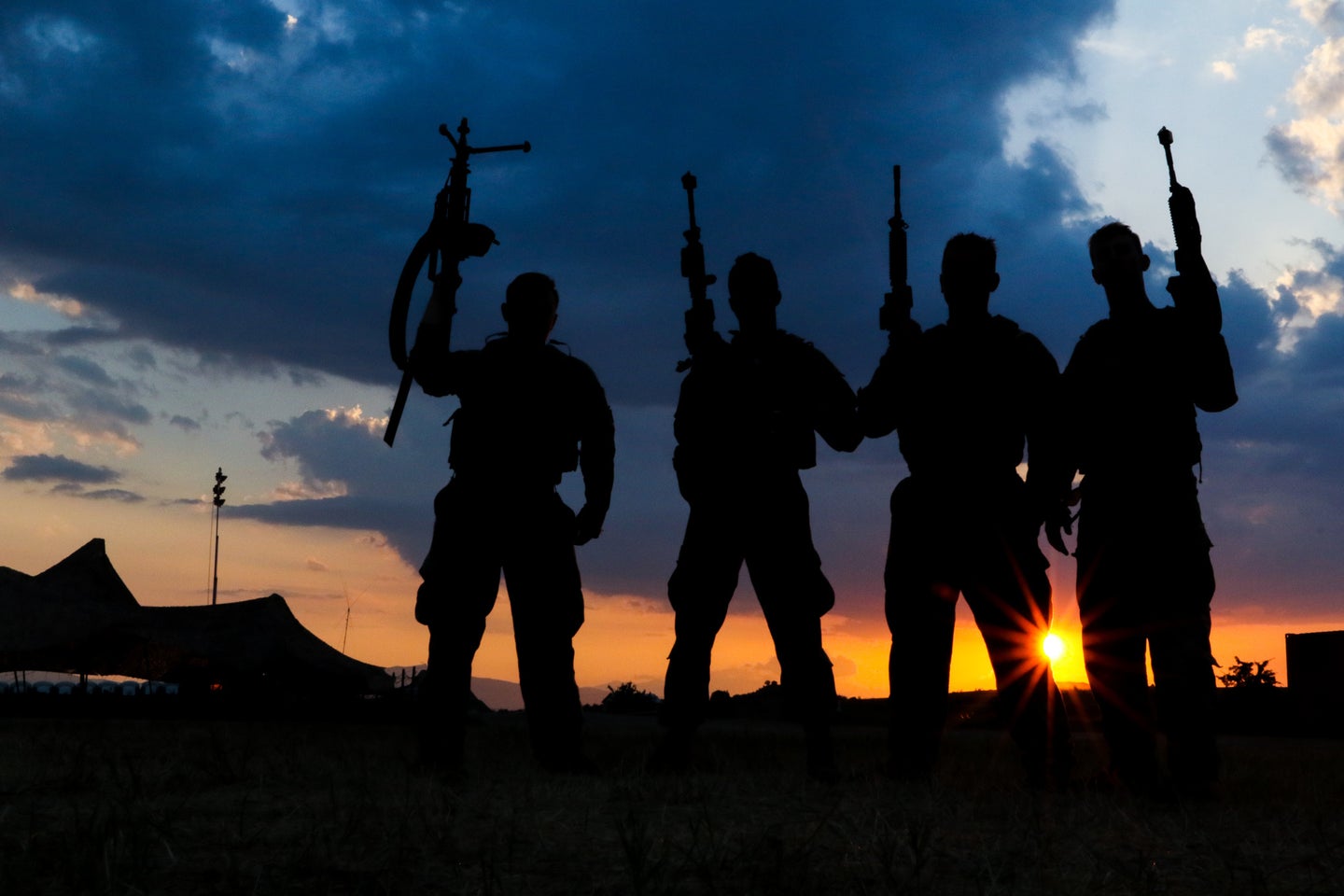 President Donald Trump apparently plans on going out with a bang.

On Tuesday, the White House announced a list of pardons and clemencies granted by Trump, a standard occurrence in the twilight days of a presidency before a new administration takes office. Included in the list of pardons, however, were some standouts: the president had authorized pardons for four former U.S. service members who were convicted of killing civilians in Iraq while working there as contractors for the notorious defense giant Blackwater in 2007. The so-called Nisour Squad massacre left 17 Iraqi civilians dead, including two children; outside of similar incidents like the 2005 Haditha massacre, the massacre left “lasting stains” on the U.S. military occupation of the country, as the New York Times put it.

War crimes pardons have become a trend for the Trump administration. In May 2019, Trump pardoned former Army Lt. Michael Behenna, who was imprisoned for five years for the killing of an unarmed Iraqi prisoner in 2008. The following November, Trump granted pardons to Army Maj. Matthew Golsteyn and 1st Lt. Clint Lorance over their respective war crimes charges and restored the rank of Navy Special Warfare Operator First Class Edward Gallagher to the rank of E-7 following his conviction for unlawfully posing with the body of an ISIS fighter he was accused of killing.

Then-Defense Secretary Mark Esper had reportedly urged Trump not to intervene in the latter three cases, since such meddling predictably sent shockwaves of concern throughout the U.S. military community. A May 2019 poll of more than 1,600 service members and veterans conducted by Iraq and Afghanistan Veterans of America (IAVA) found that the majority of respondents (52 percent) disagreed with the idea of Trump pardoning those already convicted of war crimes; another 54 percent disagreed with pardoning those awaiting trial, even without an actual conviction yet.

“As President Trump intervenes in war crimes cases on behalf of individuals accused or convicted of war crimes, he … undermines decades of precedent in American military justice that has contributed to making our country’s fighting forces the envy of the world,” Gen. Charles Krulak, former commandant of the Marine Corps, said in a statement at the time.

“Disregard for the law undermines our national security by reducing combat effectiveness, increasing the risks to our troops, hindering cooperation with allies, alienating populations whose support the United States needs in the struggle against terrorism, and providing a propaganda tool for extremists who wish to do us harm.”

That the military and veterans community expressed concern over the nature of war crimes pardons is heartening and understandable; after all, it’s a community made up of those who have experienced the violence of war close-up and, in times of necessity, found themselves in the morally-gray position of dealing violence on the part of the U.S. government in the throes of an endless (and endlessly complicated) war on an elusive, invisible foe.

Unfortunately, the average American appears to have a relatively high tolerance for war crimes abroad. According to a 2016 Red Cross report, Americans “are substantially more comfortable with war crimes than are populations of other western countries like the United Kingdom, France, Switzerland, and even Russia,” as The Week put it at the time. “When asked whether ‘a captured enemy combatant [can] be tortured to obtain important military information,’ just 30 percent of Americans said ‘no,’ the lowest of any country surveyed except Israel and Nigeria.” Indeed, one 2018 poll suggested that a significant portion of Americans believed U.S. service members shouldn’t be prosecuted for overseas war crimes simply because “war is a stressful situation and allowances should be made.”

That isn’t to say American’s aren’t entirely immune to the perils of war crimes; indeed, they care more about U.S. war crimes abroad than they did during the Vietnam War, according to research. In a December 2019 poll of more than 1,000 Americans, researchers asked Americans if they approved or disapproved of Trump’s decision to pardon Lorance despite his 2012 conviction for killing civilians in Afghanistan. Forty-one percent approved of the pardon and 59 percent did not, the researchers found. “In 1971, Lt. William L. Calley Jr. was court-martialed and convicted of murdering 22 civilians in the 1968 My Lai Massacre,” the researchers noted. “He was sentenced to life in prison. A 1971 Gallup/Newsweek poll found that 11 percent of Americans approved of the verdict.”

Their research, published in the Washington Post, reveals that war crimes, like most other issues surrounding the military, break down along partisan lines when it comes to their impact on civilian populations: just 12 percent of Democrats and 45 percent of Independents approved of Trump’s Lorance pardon, while 79 percent of Republicans fully approved. But what’s more telling is the written commentary from respondents, which indicates that “many Americans appear to believe that if troops are fighting a just war, they should be excused from responsibility for violent acts, even war crimes,” as the researchers wrote in the Washington Post.

“Our survey finds that respondents who agree that the ‘United States was morally justified in going to war against Afghanistan when the war began in 2001’ are significantly more likely than those who disagree to support Trump’s pardons, by 52 to 22 percent,” the researchers wrote. “As one pardon supporter explained, the ‘Lieutenant was fighting for our freedom.’ Another simply wrote, ‘soldier is protecting our country.’ Those who said the war was morally justified were 14 percent more likely to support the pardons, even when controlling for party identification as well as age, race, gender and education.”

So do war crimes matter to the average American? In the short term, it appears that war crimes and their related pardons are simply new battlegrounds in the ever-expansive culture war between left and right, liberals and conservatives, that seems to have enveloped modern politics rather than becoming matters of human dignity in their own right. And that’s a damn shame.