Finding Meaning After The Military: Sorting Out My PTSD Led Me To A Ph.D.

Finally we get a contest entry from a female vet! Here’s no. 13 in our contest about finding meaning in... 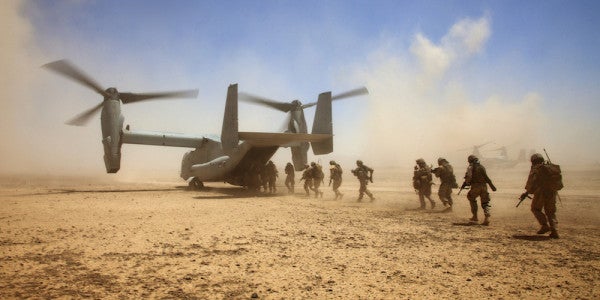 Finally we get a contest entry from a female vet! Here’s no. 13 in our contest about finding meaning in life after leaving the military.

Katharine Dahlstrand: “Within twenty-four hours of my return from Iraq, a team consisting of therapists, medical professionals, and a chaplain diagnosed me with PTSD. Through a series of bumbles, bureaucratic nightmares, and disinterested VA physicians, I never received treatment for my trauma from the military. I am lucky, though, for I found other means of treatment and support outside of the VA system.

In the fall of 2007 I returned to college as an English major. Literature and fiction became a much-needed source of distraction from internal struggles. But the mental demons found me and instead of a divorce from reality I found work with meaning in the field of history.

As an elective I walked into a course on the American Civil War and Reconstruction. My professor assigned a book by James McPherson, For Cause & Comrades, a social history of soldiers that investigated why they joined and fought. This book and my professor changed my entire trajectory.

I declared a minor in history. I applied for the MA program and that same professor became my mentor, ultimately helping me into a PhD program where I write and research and study the transitional experience of combat veterans into a postwar world.

My scholarship is part activism and part therapy. While I write about veterans who have long since passed away, I spend my “free time” collecting oral histories of GWOT veterans who attend my university. I give them a chance to preserve their thoughts on their own service. The university archives gives me the digital space, the equipment to capture their experiences, and their support. The Student Veteran Resource Center gives me the volunteers who offer an hour of their time to open up about their military experience and their transition back to civilian life. We all walk away a little better for it.

It’s been almost ten years since I discovered that military history did not have to be about the generals and battlefields.

Value exists in the personal thoughts and motivations of privates and sergeants. Whether it be the African Revolutionary War soldier fighting to demonstrate his equality, the Native American soldier who defended a Union who did not recognize his property rights, the women soldiers who broke glass ceilings in the twentieth century, the gay soldiers who had to hide their truth out of fear of dishonorable discharge, or the Post 9/11 veterans who have lived through almost 20 years of warfare, these men and women all belong to a community and share a history of service.

I found meaning in telling their story. When I graduate next May with my PhD, I hope to help other veterans in my classroom understand that they are not alone in their experiences.”