‘Star Wars’ shows what guard duty is really like

"Do you know what's going on? 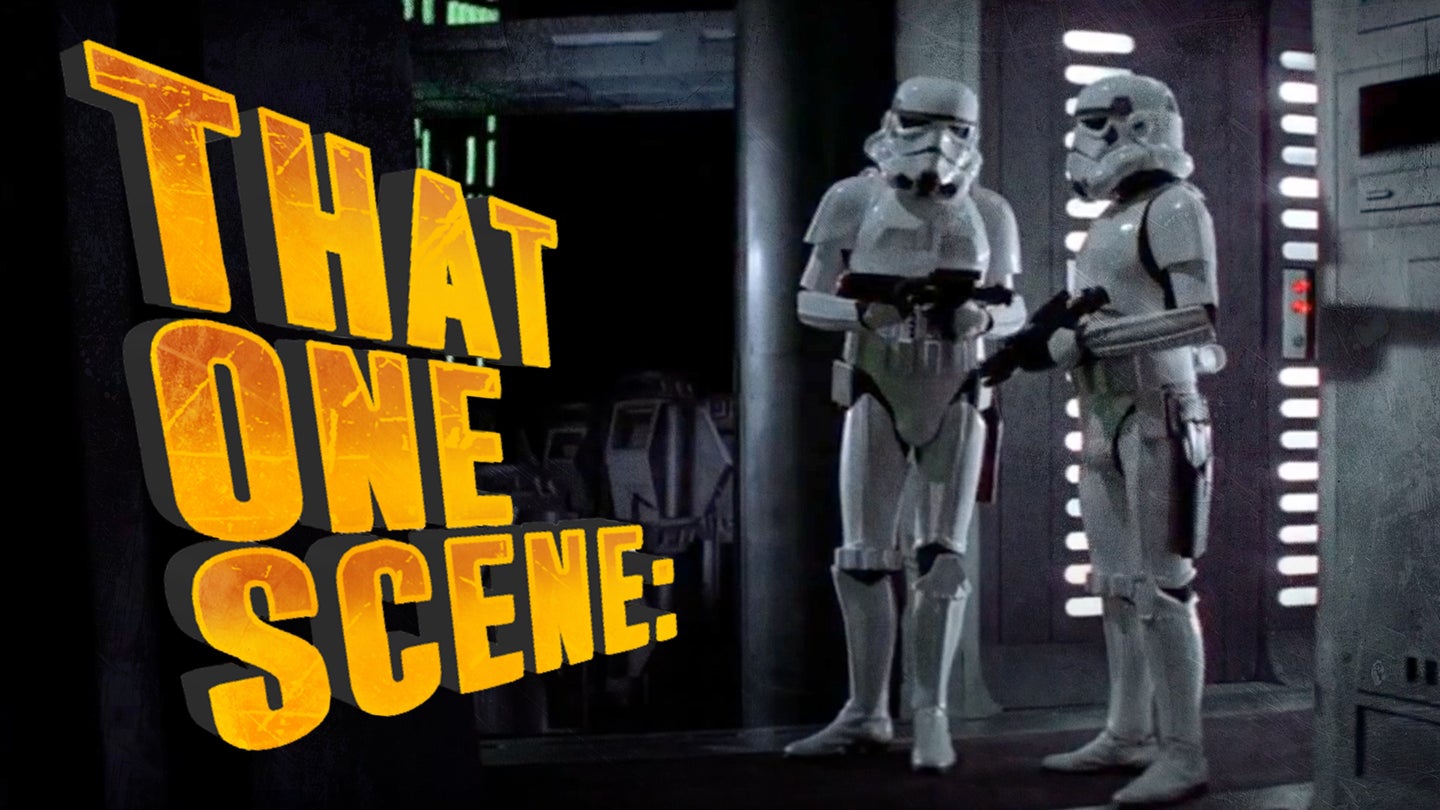 Sooner or later in the military, you will stand guard duty, and when you do, you will be bored out of your mind. And as it turns out, standing duty isn’t limited to our current era, or even this planet. In fact, it was part of military life a long time ago in a galaxy far far away.

The above tweet was shared in response to another Task & Purpose story, in which we asked readers to weigh in on the most accurate and relatable military movie scenes. And you know what? It’s absolutely true. That scene from Star Wars: Episode IV – A New Hope may just be the most accurate depiction of what it’s like to stand guard duty in cinematic history.

First, a down and dirty explanation of guard duty is in order. Depending on your branch of service this may be called standing post, duty, or watch. It may happen during basic training, at the barracks, the motor pool, or the armory on base back home in the states. And you will most certainly find your name on the list of watchstanders if you ever deploy overseas, whether you’re at a sprawling forward operating base or an austere combat outpost.

Standing post means serving as a guard: You take command of your area, and adhere to a set of guidelines, called general orders, keep an eye out for trouble, and if anything happens, you’re the one who alerts everyone else to the danger. The assignment serves a critical function — maintaining security — especially while deployed. But at its most basic level, standing post involves literally standing around for hours on end as you struggle to stay awake and remain vigilant on the off chance something very bad suddenly happens so you can pick up the radio and say “hey, shit’s going down, sir.”

Taking place during the movie’s second act, a pair of Imperial Stormtroopers peel off from a patrol through the Death Star, an intergalactic battle station with the power to destroy a planet. And much like troops overseas chatting with their sergeant of the guard, the stormtroopers take over their post as their superior relays instructions, telling the ill-fated duo to give him “regular reports.”

Then they take their positions in the doorway of the housing area for the station’s tractor beam, and begin their watch.

(Note: I’m sorry to admit this, readers, but it was terribly difficult to find an unedited copy of this scene, so we’re going to deviate from what we normally do for That One Scene and include the following clip from Star Wars: Episode IV – A New Hope, which has Obi-Wan Kenobi creeping away from the Stormtroopers with his own soundtrack.)

Unbeknownst to the two troopers, a small team of radicals have snuck aboard the station, led by rogue Jedi and enemy of the state Obi-Wan Kenobi, with the intention of freeing a dangerous political extremist. At least, that’s what the Empire’s PR campaign would have you believe. Another way to put it would be to say that a giant teddy bear, a space cowboy, a dumb farmboy from a desert planet and an old guy with a laser sword are trying to rescue a royal family member from a sovereign planet who was kidnapped by her bucket helmet-wearing dad.

In any case, none of that matters to the two troopers. Why? Because they’re on post, and they are bored as all hell.

“Do you know what’s going on?” says one of the Stormtroopers, designated by fan lore as KE-829, to which his counterpart responds. “Maybe it’s another drill.”

“Did you hear about that new BT-16?” the trooper asks, mentioning a perimeter droid that pulls security and never gets bored or tired.

“Yeah, it’s something the other guys were telling me about.”

Just at that moment a sound is heard behind them — an old Jedi mind trick no doubt — and after asking “what’s that?’ the duo glances in the direction of the noise, confirms there’s nothing sinister afoot, and returns to their conversation as Kenobi sneaks away.

Now, did they absolutely fail at their jobs? Yes, yes they did.

But frankly, I don’t really care, because they’re technically the bad guys, and if I was in their clunky all-white Stormtrooper boots, I’d have probably reacted the same way. Why? Because post is boring as all hell.

This brief exchange between two Imperial Stormtroopers aboard a doomsday weapon the size of a small moon could be copy and pasted onto any base at any location in any time period in this galaxy or the next.

The mind-numbing monotony that comes with pulling guard duty is well-known to service members and veterans, and often makes its way into stories, funny videos, comic strips, and even a fully animated short. There’s Momma Dog, a wildly popular YouTube video — in military circles at least — in which an incredibly bored Marine documents his time on post while deployed overseas. He spastically chatters at the camera, tells nearby pieces of garbage to go “throw themselves away” and creates backstories for characters in his field of view, like the titular stray dog on base, and her friendship with a Marine gunnery sergeant.

Earlier this year, Maximilian Uriarte, the creator of the wildly popular military webcomic Terminal Lance, debuted an animated short centered around the tedious tour of duty that is manning a guard tower for hours straight.

In the first episode of what Uriarte intends to turn into an animated series, the audience is introduced to Buck and Chuck, a pair of bobble-headed Marine grunts who are standing duty inside of a guard post modeled after those found at U.S. military installations in Iraq and Afghanistan.

In their struggle to stay awake they mess with each other, play with a urine-filled water bottle, wielding it like a lightsaber, and eventually turn to playing with a hand grenade — do not try that at home, or abroad, folks, I can’t stress that enough.

The video immediately struck a chord with veterans, with one viewer remarking on Facebook “I don’t think there is a grunt alive that hasn’t done this dumb shit on post.”

All of this is to say: Service members will go to extraordinary lengths to keep themselves entertained while on duty.

And just like real-life troops the world over, shortly after manning their post the two Stormtroopers on the Death Star take part in this time honored tradition, proving just how accurate that scene really is.

So anyway, do you know what’s going on?

Related: These are the movie scenes that actually get war and military service right