Eddie Rickenbacker: American hero and candidate for most interesting man in the world

A self-made aviation pioneer, patriot, war hero, and captain of industry, he embodies the American spirit like few others before or since. 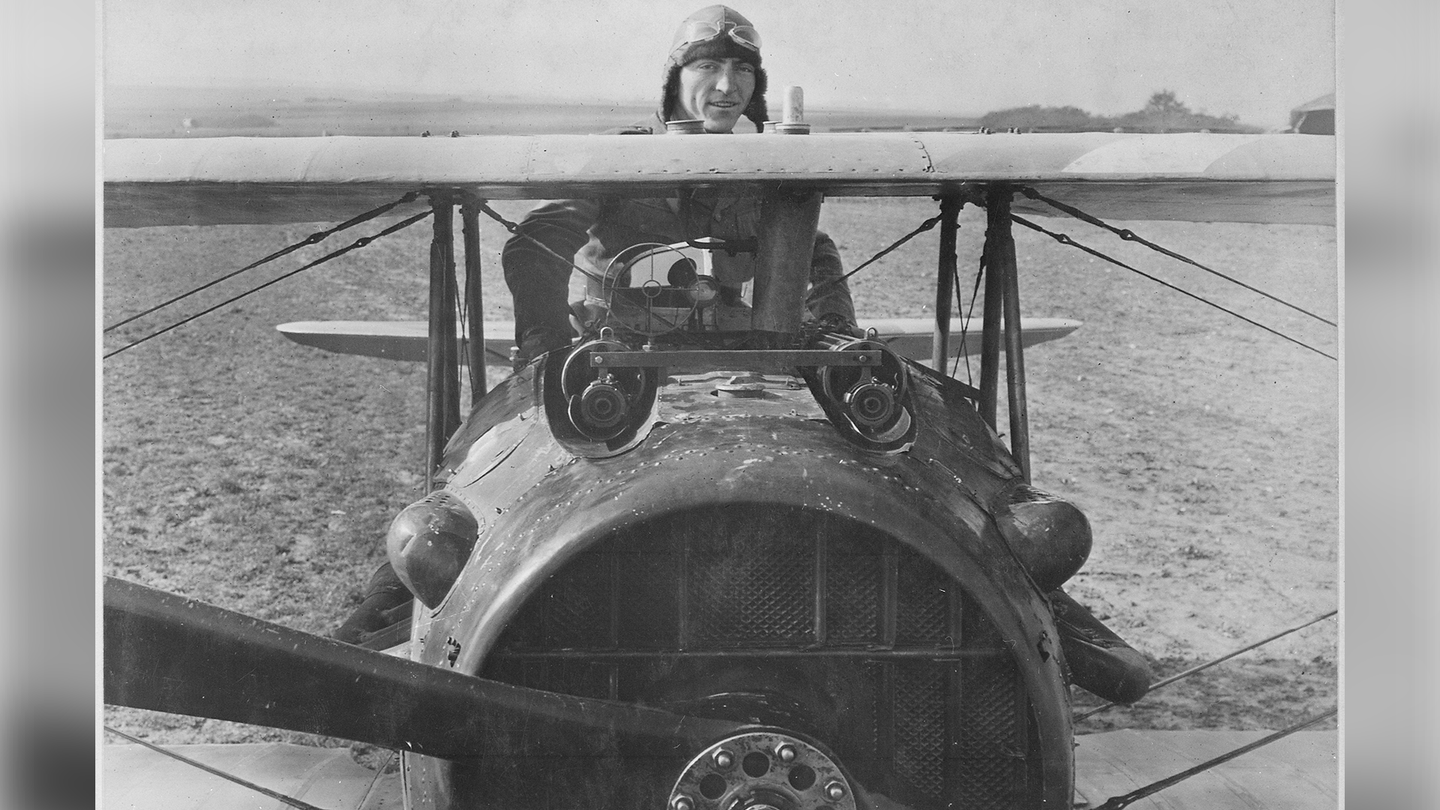 America has had her share of heroes throughout history. Men and women so much larger than life that stories of their exploits sound like poorly written fiction, since so many incredible deeds and events surely couldn’t be attributed to one person.

In what has almost become a required disclaimer when recounting the lives of these great Americans, I now must remind everyone reading this that everything written below is true.

The story begins on October 8, 1890 in Columbus, Ohio, when young Edward was born to immigrant parents Wilhelm and Lizzie. A typically American kid from a lower income family, ‘Eddie’ worked odd jobs before and after school, running the streets and learning how to take care of himself while helping the family make ends meet. When he was just thirteen his father was killed, and Eddie dropped out of school to fill the void left by his father, despite being the youngest of 3 children, working a half-dozen jobs over the next few years.

Many people believe that opportunity is a combination of luck and preparation. No one embodies that sentiment more than Eddie Rickenbacker, as the next few decades of his life would show.

As a new hire working for the Oscar Lear auto company, he was given the opportunity to work under the chief engineer after displaying incredible mechanical abilities, accompanying him as a ride-along mechanic in the 1906 Vanderbilt Cup race on Long Island when he was sixteen years old.

After taking a new job at the Columbus Buggy Company he was promoted to chief testing engineer, being sent around the country to diagnose and solve mechanical issues in the company’s new engines. By 1910 Eddie was in charge of all Firestone-Columbus operations in multiple states. He was only nineteen years old.

To promote his company’s brand he entered his first solo race, a 25-mile track in Iowa. Despite failing to finish due to a crash, Eddie’s racing career had officially begun. The next year he was invited to participate in a new long distance race called the Indianapolis 500 (yes that Indy 500) as a relief driver, helping his team take home 11th place.

By 1915 ‘Fast Eddie’ was an established racecar driver, fielding offers from multiple professional teams and finishing the 1915-16 season as the 3rd seated racer in the country. As his fame increased and reporters began to follow his exploits, the name Rickenbacher was spelled with more and more creativity.

After signing with Sunbeam, a British racing team, and being shadowed by Scotland Yard agents while working near London, he officially changed it to Rickenbacker in 1917, avoiding the stigma of German-sounding names during wartime.

Now a celebrity, Rickenbacker was chosen to act as chauffeur for General John Pershing, head of the American Expeditionary Force (AEF) in France.

As a Sergeant First Class in Paris, Eddie ran into Captain James Miller, the man tasked with building the infant US Air Service’s first training school overseas. He offered him a job as chief engineer. During the next several months, between repairing aircraft and overseeing construction, Eddie sat through the same classes and lectures as the cadets, using his position to take aircraft up on his own to get hands-on flight experience.

At the beginning of 1918 Rickenbacker was finally given orders to gunnery school and a follow-on assignment to the 94th Aero Squadron. To say he was a prodigy would be an understatement.

His first combat mission was on April 13th. By May 28th he had shot down his 5th aircraft to become an American ace. In September, despite only being a Lieutenant, Rickenbacker was given the position of squadron commander. On one infamous patrol he went up alone to prove that he was willing to take the same risks as the other pilots in his group, and single handedly attacked 7 enemy aircraft, shooting down two of them. He received the Distinguished Service Cross (DSC) for this action, which was upgraded to the Congressional Medal of Honor after the war.

When the armistice was finally signed on November 11, 1918, Captain Eddie Rickenbacker had accumulated confirmed kills on 26 aircraft and 5 balloons, making him the deadliest American fighter pilot of World War One. He had been awarded the DSC eight times, as well as the French Legion of Honor and Croix de Guerre.

For most normal people that would be a reputation great enough to hang your hat on and retire, but Rickenbacker was only 29 years old. He went on to found his own car company, and was instrumental in adding 4-tire brakes to all civilian cars, an innovation now standard in cars today.

He got married, worked for General Motors, purchased the Indianapolis Speedway, scripted the Ace Drummand comic series, and was the CEO of Eastern Airlines.

In his capacity as an industry executive and aviation legend, Rickenbacker was sent to tour Pacific air bases on behalf of the US War Department during WW2. In 1942 his B-17 suffered mechanical problems and crashed into the ocean. Despite lack of water, food, and the blazing sun, Eddie and the surviving members of his crew were rescued after 24 days adrift on the open ocean.

He would later go on to write a book about the experience, and in 1943 again went on a fact-finding mission, this time to the USSR, before returning to meet with Winston Churchill and other high-level members of the US military.

The interesting facts about Eddie Rickenbacker’s life that weren’t covered in this short article would fill countless books. A self-made aviation pioneer, patriot, war hero, and captain of industry, he embodies the American spirit like few others before or since.

I’ll close this article with his own advice to the pilots of the 94th Aero Squadron, which I find can be applied to most things in life.

-Always break off an engagement that seems hopeless

-Know the difference between cowardice and common sense

This article is made possible with support from T-Mobile.