Continued service after the uniform

Amidst the COVID-19 pandemic, it’s especially important to acknowledge those who are lending a hand in their communities. 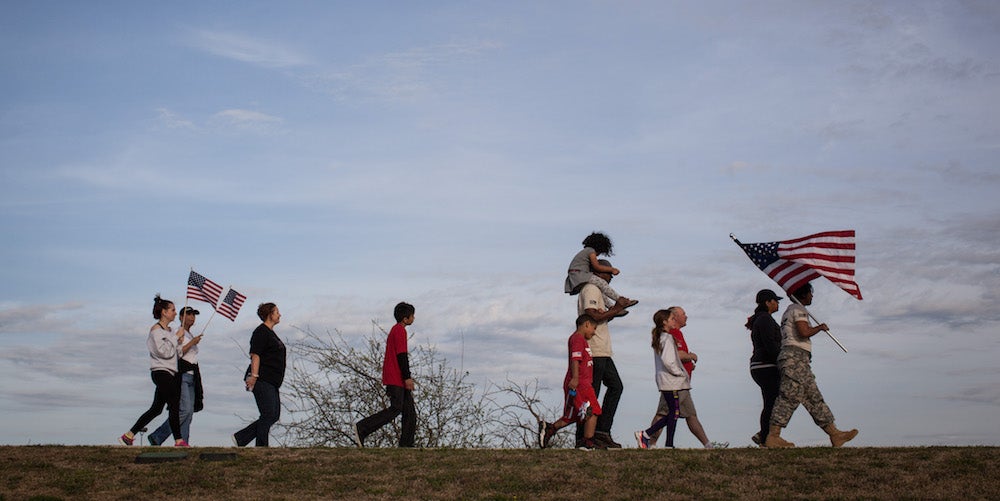 After the military, it’s common for military members to continue their service. With the support of their employers and community organizations, an impressive number of veterans give back to their communities through nonprofit organizations and volunteer hours. Amidst the COVID-19 pandemic, it’s especially important to acknowledge those who are lending a hand in their communities.

One of the most famous examples of a service member who continued to serve the community is Jimmy Carter. After 18 years with the Navy – active and reserve – not only did he serve as President from 1977 to 1981, but he also founded the Carter Center. This nonprofit organization helps advance human rights and improve quality of life in more than 80 countries. And it supports other worthy organizations like Habitat for Humanity. Talk about a legacy of community service after the military!

A Centenarian who Serves

Most service members won’t become President, but there are numerous ways they can do meaningful service that makes an impact in their community and throughout the world. Bob Rupp is one incredible example. He served in World War II at the Battle of the Bulge, and is now over 100 years old. After leaving the military, he and his wife began to volunteer with The Institute for Trafficked, Exploited, or Missing Persons (ITEMP).They spent several months each year living in Guatemala and caring for orphans there. The Rupps were honorary “grandparents” to a whole generation of orphans who were rescued from poverty or war-torn villages. Rupp has received several medals for his actions in World War II, but his lasting legacy will be for the communities he served in South America.

Another inspiring example of veterans serving their community after military service is the Disabled Americans Veterans transportation unit in New Mexico. Two vets have dedicated more than 15,000 hours driving. Mel Ortega is in his 80s. He worked at the Army hospital in Fort Hood, Texas, before suffering a leg injury. His partner,Bernardo Jaramillo, in his 70s,, who was injured in Vietnam.

Ortega has offered this service since 2002, and Jaramillo since 2003. Realizing there were a number of former soldiers who did not have a ride to more serious VA appointments in Albuquerque, N.M.,, they decided to volunteer.. The route is roughly 93 miles roundtrip from the smaller VA facility in Espanola, New Mexico. The duo works through the Disabled American Veterans (DAV) for funding and scheduling purposes. Their many hours of dedication are improving access to health care in their veteran community.

There are many more examples of service members making a difference in their communities. Across the country, veterans serve as donors, volunteers, and heads of nonprofits. But they wouldn’t be able to accomplish all they do without the support of others. Behind every veteran doing good things in their community is a small army of supportive family members, volunteers, co-workers, and supportive employers. We'd like to recognize the value of service and those who support veterans.

The Department of Defense wants to encourage healthy relationships between veterans and their communities, especially when they are doing important work. For this reason, it recognizes military-friendly employers through the Patriot Award from ESGR by the Department of Defense. This honorary certificate is given to supervisors who support their employees' Reserve and National Guard schedules and training events. Employer support means service members can do their best both on the job, in the military, and with volunteer projects. Flexibility from civilian employers is especially important now, during the COVID-19 pandemic, when military orders are subject to extensions and uncertainty. These companies allow military employees to continue to make a difference.

Costco Wholesale consistently demonstrates support for military veterans. And, because of its support, several Costco staff members have been recipients of the Patriot Award.

Giving back to the community is a group effort. Thanks to understanding employers and veterans who continue their service well after leaving the military, communities are seeing significant support during this time of need. We appreciate this ongoing dedication of all those who have received the Patriot Award, and we thank you for continuing to support those who serve.