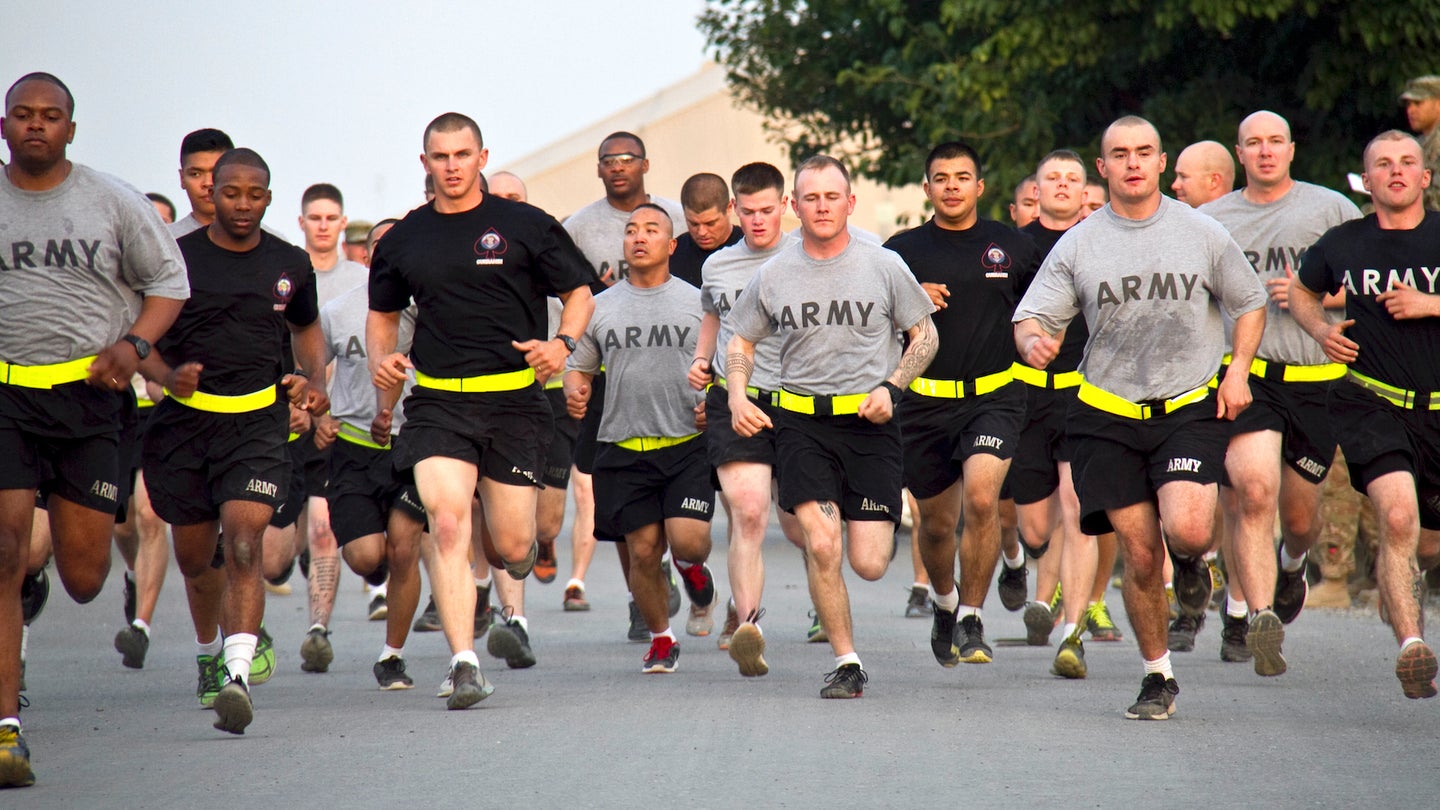 They’ll have a harder time finding your body if you’re not wearing reflective gear.

On average, a pedestrian gets hit by a car every 75 minutes. I don’t know how often they do it on purpose, but I can confidently say reflective running gear could reduce the risk. I know that’s some 60 percent of the time, it works every time logic, but it doesn’t make it untrue.

To avoid pedestrian and motor vehicle collisions or unintentionally evading search and rescue teams when you’re lost in the woods, the Centers for Disease Control recommends that you carry a flashlight or wear reflective clothing. In this article, we’ll highlight the best reflective running gear to cover yourself from head to toe, just in case.

With 900 lumens and weighing 100 grams, the Petzl Swift RL ranks as the best headlamp for two main reasons. While there are a lot of popular and functional brands for the best headlamp, we only had room for one and we went with name recognition. And second, it’s better to get something that overperforms than underperforms.

From the 1,455 reviews on Amazon and even more around the web, very few people complained about the Petzel Swift RL. The adjustable headlamp will sit comfortably on your head and the light has a nice range of angles. Also, the Petzl light beam will please any Goldilocks — not too cold, not too warm, but just right.

While you can use all 900 lumens, the rechargeable battery will only last you 2.5 hours, so it’s only good enough if you plan on running a half-marathon in the dark. Seriously, though, the battery will hold up. On paper, it’ll burn 100 lumens for at least 10 hours.

The Petzl Swift RL is available in three colors and the retail price is $125, but you can find it on Amazon for around $90.

May loosen during run

Ranking as the best vest or best reflective vest is the Amphipod Xinglet. The Xinglet consists of a few reflective straps that fit over your shoulders and waist, and it’s held together with Amphipod’s Swift Clip quick-release buckle.

While you could opt to get a reflective hydration pack or running belt, which has some functionality, the Xinglet is simple. It offers 360 degrees of visibility and will fit pretty much everybody and over anything. Plus, you can buy the vest with lights if you want.

The unisex Amphipod Xinglet reflective vest is available in four colors and retails for $35.

Material is chafe-free, soft, and breathable

Fully adjustable for both height and waist

Coming in as the honorable mention on this list is the Salty Lance Glow Belt. When the average person sees a glow belt, they might think of safety equipment, but for those who served in the U.S. military, they’re reminded of early morning PT sessions, useless working parties, and safety precautions that aren’t just arbitrary but demeaning, as well.

While it’s easy to rag on the glow belt, it’s a very simple piece of gear. To use it, you either wrap it around your waist or diagonally over your shoulder. You could also strap it to other gear like a backpack or rolling luggage. The potential is limitless.

The Salty Lance Glow Belt is available in yellow and it costs $10.

You can put it around your waist or cross body

So cheap, you could double up if you want

You’ll get in trouble if you forget it

Ranking in as the best reflective jacket and best for women, as well, is the Proviz Reflect360 Running Jacket. It’s kind of a badass jacket and, in all honesty, kind of overkill in terms of reflective clothing, but it’s better to overdo it than get hit by a car.

When you wear the Reflect360 Running Jacket, you look radioactive. You may not notice it, but anyone that beams light at you will. It fits like a rain coat designed for running in that it has a breathable mesh lining. Of course, also like a rain coat, it does a better job trapping heat than releasing it, but if you’re wearing a jacket at all while you’re running, it’s most likely cold or cold and wet.

The Proviz Reflect360 Running Jacket is available in five sizes (XS to XXL), five colors, and retails for $140, but you can find it on Amazon for as low as $74.

The Nathan Running StrobeLight makes the cut as the best clip-on light, and a lot of people think so. Reviewers on REI, RoadRunner, Amazon, and other, darker areas of the web applaud Nathan’s strobes.

What makes them work is they’re big enough to emit light so you’re visible, but small enough so you can stick them just about anywhere. While your chest or waist is ideal, some users said they’ve clipped them to their shoes as well.

You can buy the strobes individually, but the idea is you put a green one or blue one on your front and the red one on your rear. They retail for $18 for a pair or $10 individually.

Clips on just about anything including waistbands, vests, helmets, shoes, etc

Admittedly, running with a flashlight isn’t my favorite idea — I mean, why would you want to carry something while you run — but to each their own. Ranking in as our top flashlight and best reflective gear for walking is the Nathan Terra Fire Hand Torch.

Like Nathan’s StrobeLights, the Terra Fire Hand Torch came in highly rated by almost all the e-commerce sites, and then some. There’s no real downside to it other than how it compares to Nathan’s other flashlights. With that said, the Terra Fire is the only one that’s rechargeable and it doesn’t have an alarm like the older model, so you’ll have to make noise some other way if you get lost in the woods.

The Nathan Terra Fire 400 RX Hand Torch is available in Red Dahlia (Castlerock) and the retail price is $60, but you can find it for as low as $50.

There isn’t much to know about reflective running gear other than it makes you more visible in low visibility situations. When you consider buying reflective gear, make sure it reflects light or emits light. It may seem silly, but it’s better to wear it than to be one of the 7,000-plus people hit by cars each year or the 1,600 poor souls who have gone missing on public lands.

With that said, both the National Highway Traffic Safety Administration and the National Parks Service recommend a few other things as well if you plan on doing a little night adventuring. Besides wearing the proper clothing and bringing the right gear, they recommend using common sense. Their tips include knowing your route, obeying signage, looking both ways before crossing roads, not staring at your phone while you’re walking, and avoiding strenuous activity while impaired by drugs or alcohol.

Q: Should you wear reflective clothing when running during the day?

A: No, you don’t have to. In fact, the Army recently said you can stop. However, it’s good practice to wear reflective clothing when there’s low visibility outside, like during a rain or snow storm or heavy fog.

Q: How many lumens do I need for running at night?

A: It depends on your preferences. While a higher lumen count will give you more light, it’ll also drain the battery. Therefore, you’ll want a light with a few hundred lumens that has adjustable light levels, so you can have greater visibility when you need it and save battery power the rest of the time.

Q: Should I run with a headlamp?

A: Yes, it’s often recommended that you wear a headlamp if you go trail running at night. But if you’re running in a well-lit place, then it’s unnecessary, but totally up to you.

If you only buy one thing from this list because you need some reflective clothing, buy the Amphipod Xinglet Reflective Vest. It’s a highly reflective vest that you can use year-round. If you want to buy something else for visibility, then buy some Nathan Running StrobeLights. They’re easy to use and, again, you can use them year-round and for multiple activities.

For this article, we looked at government data to learn more about what you should wear and do to avoid injury during low-visibility hours. We also relied on our research team to identify product categories. Using those categories, we combed through e-commerce sites and independent publications to find the best recommendations. After compiling a list of five to 10 items for each category, we narrowed the selection by reviewing the products ourselves or reading user reviews.