Fly Swatters Are For Suckers. Take The Little Bastards Out With The ‘Bug-A-Salt’ Instead

We may earn revenue from the products available on this page and participate in affiliate programs.   If you purchase... 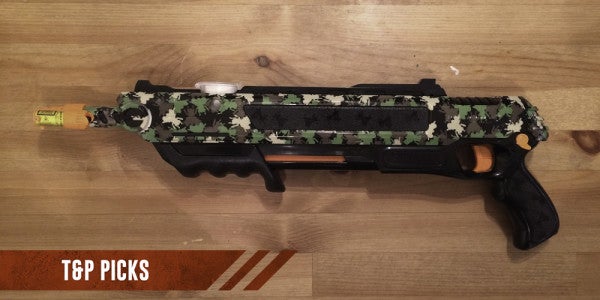 Flies are fucking obnoxious, and it’s not just that they buzz around your house and backyard like bloated shit-covered dirigibles. If you don’t squash them on the first swing with that rolled up newspaper, swatter, or your hand, you’re forced to chase the little bastard around until eventually it’s dead and you’re pissed off because you spent too long outwitted by a creature that looks at a pile of dogshit the way any red-blooded American looks at a steak. There is no greater fury in the world.

Hopefully, you’re not that inept at killing bugs, but if you are, there’s hope:

Who said overkill couldn’t be fun?Bug-A-Salt

The Bug-A-Salt is a pump action salt-shotgun that delivers a dose of regular table salt to a fly (or whatever other insects you plan to down up to three feet away) at a damaging velocity. I received one from my father for my 31st birthday, because yes, I’m still a kid at heart, and trust me, it’s not just effective — it’s fun as hell.

Now, depending on the size of the fly, the first shot might not kill it outright — though it disintegrates mosquitoes and gnats — but it will wing the bugger, so you can follow up with that rolled up magazine, stomp on it, or just shoot it two or three more times once it’s on the ground. A friendly tip, though: the salt shotgun has an auto-safety, so you’ll have to switch it back to fire after every shot.

If you get the Bug-A-Salt 2.0, which is the one I have, it comes with a laser to make it a bit easier to drop your target, holds about 80 shots worth of table salt, and at $50 it makes a pretty fun novelty purchase. Plus, the clean up isn’t that bad since the bug remains more or less intact (minus a few legs and a wing or two left on the ground.) A word of caution though, don’t “test” it out by shooting your foot. It stings.