I feel the need ... the need to look like Maverick in my aviators. 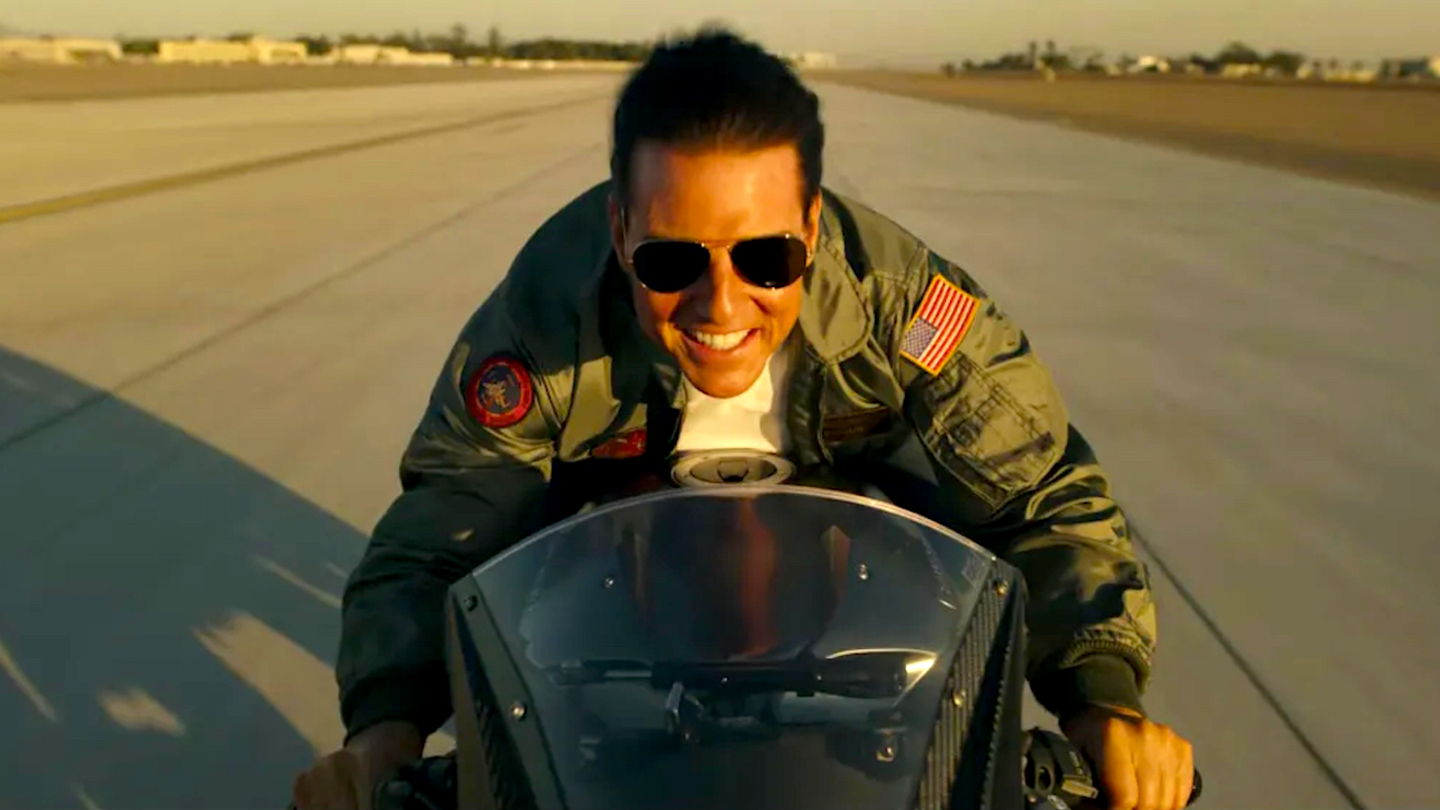 Want to steal Tom Cruise’s ‘Top Gun’ look? You can.

Those of you who haven’t been living under a rock for the past two years have been patiently waiting for Tom Cruise and his signature aviators to return in one of the most highly-anticipated military movies in Hollywood history. ‘Top Gun: Maverick’ promised all the chest-pounding action, clever one-liners, and heartwarming nostalgia America could handle, and it’s apparently delivering on that promise, with domestic sales at the box office surpassing $300 million.

It might be too late for us to earn our wings and pilot a F/A-18 Super Hornet against the future of aerial combat, but we can at least look the part. According to Marlene Stewart, the ‘Top Gun: Maverick’ costume designer, Cruise was intimately involved in ensuring the Ray-Ban RB3025 aviators that Pete ‘Maverick’ Mitchell wore during the course of the film were perfect, from frame and lens color pairings to precise sizing. It’s no surprise that a man who’s famous for doing his own death-defying stunts would demand absolute perfection in every detail of his character’s appearance, too.

Now, you can steal that look — the same one that made aviators famous in 1986 when the original ‘Top Gun’ first premiered  — with the real deal from Ray-Ban. Right now, the Ray-Bans donned by Tom Cruise in ‘Top Gun: Maverick’ can now be yours on Amazon. These premium shades are in sky-high demand, so just be thankful you can land a pair at all.

Feast your eyes on them, folks. The Ray-Ban RB3025 is the model of aviators made famous in ‘Top Gun’ and celebrated in ‘Top Gun: Maverick.’ Feel free to mix and match frame and lens colors to match your personal style, or trust Tom Cruise’s taste and stick to the original gold over gray-green color scheme. Most people will prefer the 55-millimeter lenses, but oversized 58- and 62-millimeter lens widths are also available.

These aviators have a classic shape that’s been undeniably cool for generations. They’re as timeless as blue jeans and plain white tee-shirts. They’re as edgy as blacked-out Harleys and distorted electric guitars. And they look just as good in your dress uniform as they do during a pickup game of shirtless volleyball at the O-club. Will they ever go out of style? Maybe so, but not today.