You can now score your very own ‘The A-Team’ van

I love it when a plan comes together! 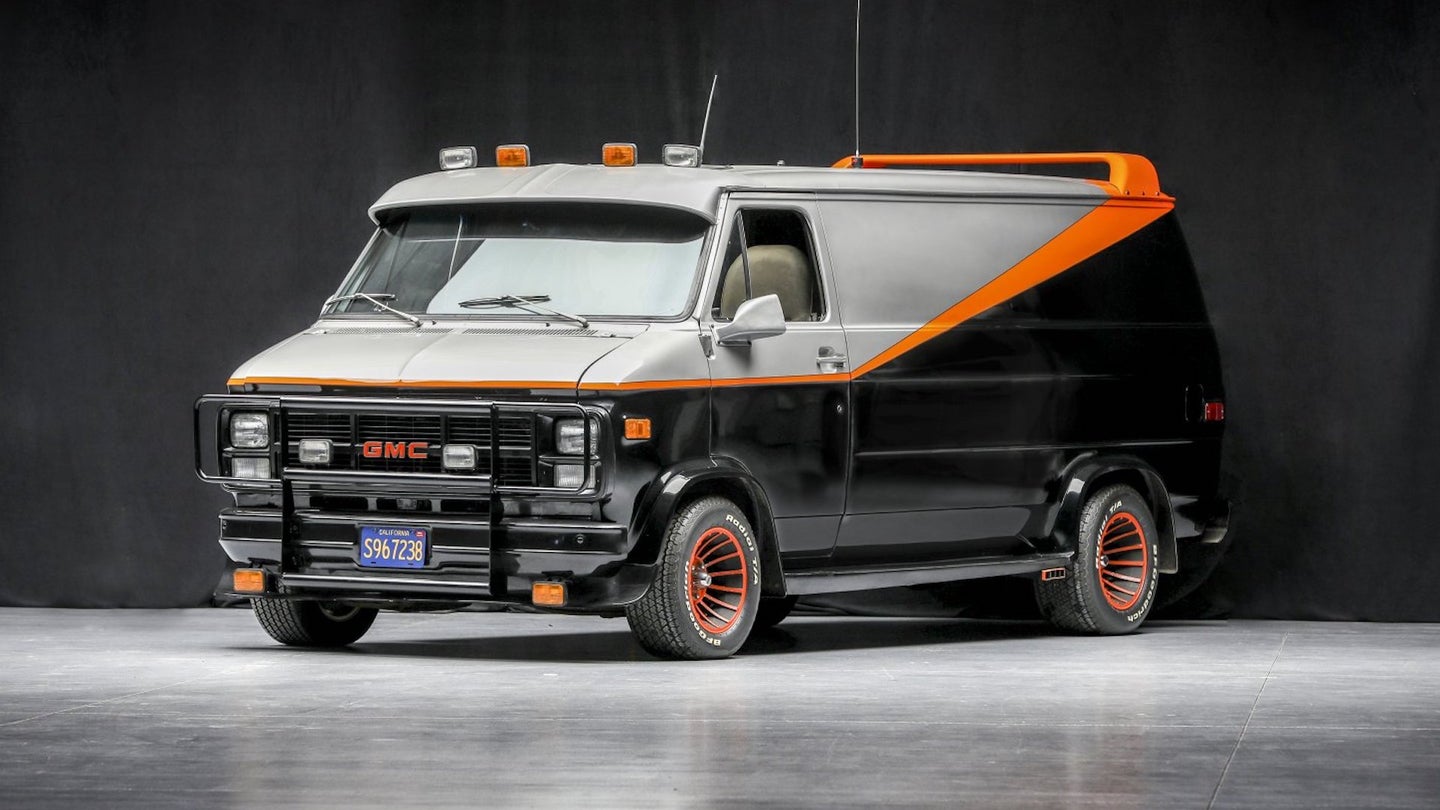 Are you an ornery, disillusioned veteran of one of America’s disastrous wars abroad? Do you spend your free time roaming the world in search of problems no one else can help with? And do you love it when a plan comes together?

Well buckle up, you sonuvabitch, because it’s time for you to join The A-Team — automotively, at least. The folks at WorldWide Auctioneers are offering up one of six officially-licensed “A-Team” vans for your fanboy pleasure. (DISCLAIMER: B.A Baracus, John “Hannibal” Smith, Howling Mad Murdock, and Templeton Arthur Peck, aka “The Face,” not included with purchase.)

According to WorldWide Auctioneers, this 1979 Chevrolet van was used to promote the A-Team television series in the United States and Canada between 1983 and 1987 — and although it never formally appeared on the show itself, it “was one of the most popular attractions while touring the auto shows,” according to the company.

We can understand why. After all, this is no normal Chevy van: it comes decked out in fake weapons, including what appears to be a 12-gauge pump-action shotgun, an Uzi, a Vietnam-era M16 rifle, and a mounted machine gun in the rear.

(ADDITIONAL DISCLAIMER: Buying the A-Team van will not suddenly make you an ex-Special Forces soldier, and it will not imbue you with decades of combat experience and the genius-level tactical thinking of the team’s leader.)

The van officially goes on the auction block in Scottsdale, Arizona, on Jan. 23, 2021, and I pity the fool who doesn’t at least check this out. Who knows, this could easily end up in your driveway — and we all know what happens after that. (FINAL DISCLAIMER: Owning this van does not make it okay for you to drive around with your best buds as you wreak havoc on your neighborhood and strike hero poses. Though if you’re going to do that, take photos and send them to us at editor@taskandpurpose.com.)