Transitioning Can Be A Lot More Work Than You Think

Transition doesn’t end when you get that DD-214 and report to your first job or school. Trust me, nothing is... 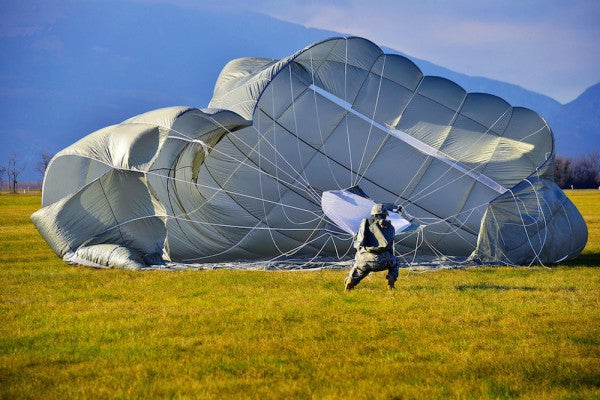 Transition doesn’t end when you get that DD-214 and report to your first job or school. Trust me, nothing is more depressing than leaving the top of your game in the military and shifting into the civilian world and not getting that same feeling of respect, responsibility, and accomplishment. But, there are incredible opportunities out there for veterans who are willing to take charge of their transition and work as hard as or harder than they did in the military. Here are several ways to kick ass when you transition to set yourself up for a successful post-military life.

1. Work harder than everyone else.

Did your first sergeant or drill instructor ever tell you how special and unique you were for joining the military? I didn’t think so. Being a civilian isn’t all unlimited beer fountains, beards, and sleeping through physical training every day. Don’t get me wrong, take a well-deserved break once you separate, then craft your plan for dominating the work force like a hard-knock raid on your least favorite terrorist group. We worked hard in the military in objectively small portions of the time generating incredible results. Who didn’t waste an entire day in briefings or “cleaning weapons?”

Civilians work every day, are expected to generate results, and don’t usually have the option to keep redoing a task until it meets a certain standard. You have to be quicker and more efficient and manage your time more economically. You may think that you can run circles around your new co-workers, it won’t happen right away. You have to mentally prepare for the hard work that will get you to the level of personal success you expect to be at immediately upon leaving the military.

Related: 5 tips for how to nail your military transition »

Working hard not only applies to your career, but also your personal life. Being in a relationship or being healthy is hard to maintain. You might not have to run five miles in all weather anymore, but take care of your body, and hang up some of those bad diet habits from active duty. Numerous business studies show that physically fit individuals are more successful than those who are out of shape. Shotgunning rip-its and smoking while dipping may have been great at 19 in combat, but might put you in an early grave at 30.

2. Learn how to tell your personal story.

If you spent time in the military, especially as a combat veteran, you need to share your story. People are going to want to know about your experiences, and being able to civilian-ize them so that they understand works in two way: It helps to bridge the civilian-military divide and clears up any veteran stereotypes that those around you may have. These stories show that you can be personable, and that is an important factor in organizational upward mobility. It may seem hokey, but plenty of those motivational speakers out there have shown that telling your story is a ticket to success. If you can self-reflect, digest your experiences, and communicate that story in an effective way that generates followers within your workplace, it will assist you in your future success.

As Lex Brown wrote here at Task & Purpose, millennial veterans have a moral code and the backbone to stand up for what’s right. Employees admire that in co-workers and their bosses. Most veterans have overcome some serious hurdles to be successful, surviving, and out of the force. Those hurdles may seem insignificant to you, but your co-workers, family, and maybe employers are having trouble overcoming hurdles too and can gain a lot from your experiences. For those of us with kids, or who want children in the future, you might want to have your story together for when your kids ask about it. Our stories as veterans have an immense impacts on the next generation. I know that my desire to serve was personally influenced by family members who served in World War II, Korea, and Vietnam.

3. Help the team to help yourself.

Ever do anything in the military that assisted the mission? Sure you did, nobody wants to be on staff duty on a long weekend or burn the barrels on post. The civilian world is no different. Share credit, tackle group challenges, and provide assistance often and thoroughly to your colleagues. Contributing to meeting organizational goals and building a reputation for being a talented individual who will step outside of your comfort area for the organization’s benefit is the positive attention that highlights the capabilities that make military veterans great.

This idea not only pays off at work, but also at home. Don’t forget the burden your spouse or family carried while you were in the military. Be there for your friends and family who made life just a little bit easier when you were far from home. Call your old squad mates or shoot a text message to show them you remember and care. That might make all of the difference in keeping them moving for post-military success. Traumatized by soldiers ruining your weekends? Chances are that your civilian job won’t require you to bail any of your employees out of jail in the middle of your holiday weekend, so don’t be afraid to help someone out with a small project, it may pay off big in the future.

The military teaches veterans many different lessons, some better than others. There is nothing wrong with wanting to be the best at what you do or striving for a life of your dreams in the civilian world. Don’t forget the valuable lessons you learned in the military when moving forward for the rest of your life. At the end of the long transition is a life that you would not want to trade for anything in the world.