We’re Still Waiting For Change At My Local Vet Center

“I have been waiting at least ten months,” said Al Sionni, a former Marine and two-tour Iraq veteran. Sionni was... 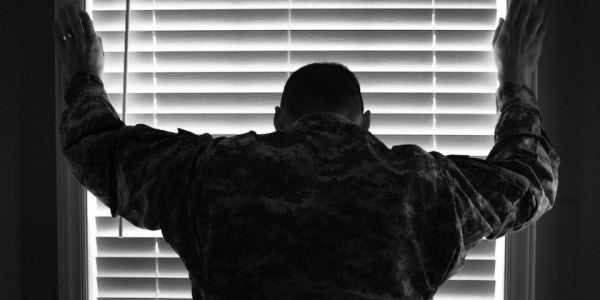 “I have been waiting at least ten months,” said Al Sionni, a former Marine and two-tour Iraq veteran. Sionni was describing the difficulties he and many other young veterans have encountered with the Lewiston Vet Center in Maine in the past few years.

The issues surrounding the vet center have been apparent to many of those seeking care there for quite some time, but recently broke in the local media and political leadership. A recent article in the Sun Journal pointed out that the center has gone without a team leader for two years, and is operating with three out of the eight staff authorized. Even if the people working are excellent, they are burned out when tasked with such an endeavor. Vet centers like this are places for combat veterans to go for free counseling for post-traumatic stress, traumatic brain injury, reintegration, and various other services. Things have been slowly unraveling in Lewiston, despite the best efforts of some very good people.

The problems this center faces would make you think it is administratively defunct. Inaccurate note-taking and incorrect social security numbers attached to forwarded VA claims are some of the problems found at this center. At least one veteran had clinical notes entered into his record by a practitioner in a nonclinical setting after she paid to participate as a student in a course veterans attended. Rumors of other malfeasance abound, but they all point to a system that has been running on empty for far too long. No true quality assurance checks are in place.

The center serves as the entry point for many veterans to receive care and assistance when they first get home, or first figure out things may not be “alright” after war. Veterans comes in, and counselors link them up with the services they need. When they are not operating efficiently, or they cannot take in the proper number of veterans, the second- and third-order effects are profound. They can range from homelessness to suicide. While politicians and bureaucrats claim action, many local veterans laugh. VA officials claim there is no wait list, yet Lewiston is understaffed and group therapy sessions are double the standard size, as noted by the Sun Journal.

The VA continues to claim they will “resolve” the issue.

“When I requested an appointment a few months ago, they said there is no wait list until they know when he starts, ” Sionni told me, describing his initial excitement over having a potential counselor. He had been experiencing conflict with other therapists when he traveled to the Portland Vet Center and knew what he was looking for.

“It’s impossible to find steady counseling for mindfulness, which I learned at the Intensive Outpatient Program,“ he said. Part of the problem of having a staff that is overburdened is the lack of options for patients and limited flexibility of treatment plans. This can turn veterans off from therapy altogether, and force them to further isolate themselves. “I am just trying to find a counselor that doesn’t make me feel worse when I leave.”

After a group therapy session, Sionni found out Lewiston Vet Center had finally hired the new counselor. He wanted to make an appointment, hoping to start moving forward with his life finally. Group sessions help, but the recent turnover of counselors and turmoil has made them less effective. “It’s hard to find a counselor who doesn’t violate our trust with their own issues,” Sionni said.

Chelsea is Sionni’s wife. She called the center on Sept. 1 to get him an appointment with the new counselor who is allegedly supposed to start at the end of the month or early next. “I asked to put him on a wait list to get in with him, and I was refused,” Chelsea told me.

When I asked if he made an appointment with the new therapist, he said no several times while chuckling. “They said they are not keeping a wait list,” Sionni told me.

That is how they are able to claim there are no veterans on wait lists. Sionni was told to call back the Thursday after the new counselor starts at the venter to make an appointment.

Josh Zelinski is an Afghanistan veteran who attends group therapy at Lewiston and is an example of what the center is there for. He has had a rough few months, but rather than getting help, he is slipping through the cracks.

“Trying to go through the traditional role of getting help through the system, I have had to put the burden on my peers, fellow veterans,” Zelinski told me. “They keep switching me over when someone leaves. I should be able to get that help professionally.”

Some Maine veterans are frustrated because this mistreatment feels intentional. The VA claims that the remainder of the state is staffed nearly at capacity. There are currently 18 open positions for VA employees across all fields in the entire state of Maine, and five of those are for counselors at the Lewiston Vet Center. There are 18 medical facilities within the VA’s footprint in Maine. The center resides in Maine’s second largest city, and services one of it’s largest regional populations. This disparity makes many of the veterans angry.

The ones who attend group therapy and seek refuge in Lewiston are among the most vocal advocates for veterans in Maine. Many recently held a protest on the Togus VA campus after an employee in Indiana made fun of veteran suicide in an email chain. They have participated in various political forums and actively seek reform through dialogue. I stand with them. We have been warned in various ways to not defend veterans, even being told by senior VFW officials in the state to “not tip over the apple cart.” Those same leaders have well-staffed areas and receive quality services, rarely calling for VA reform in the state. They believe Togus is doing great things, and discredit the veterans working diligently to maintain accountability, adding to a culture clash within the veteran population.

It doesn’t matter the politics of individuals. Early this year, the Clay Hunt Suicide Prevention Act was passed into law to prevent the types of tragedies we are breeding here. The question is simple: Are we making a difference? Maybe somewhere else, but from what I see, the voices of the veterans of Mid Coast Maine are being silenced and those who need the most help are being neglected.