This thing is absolute dog shit. 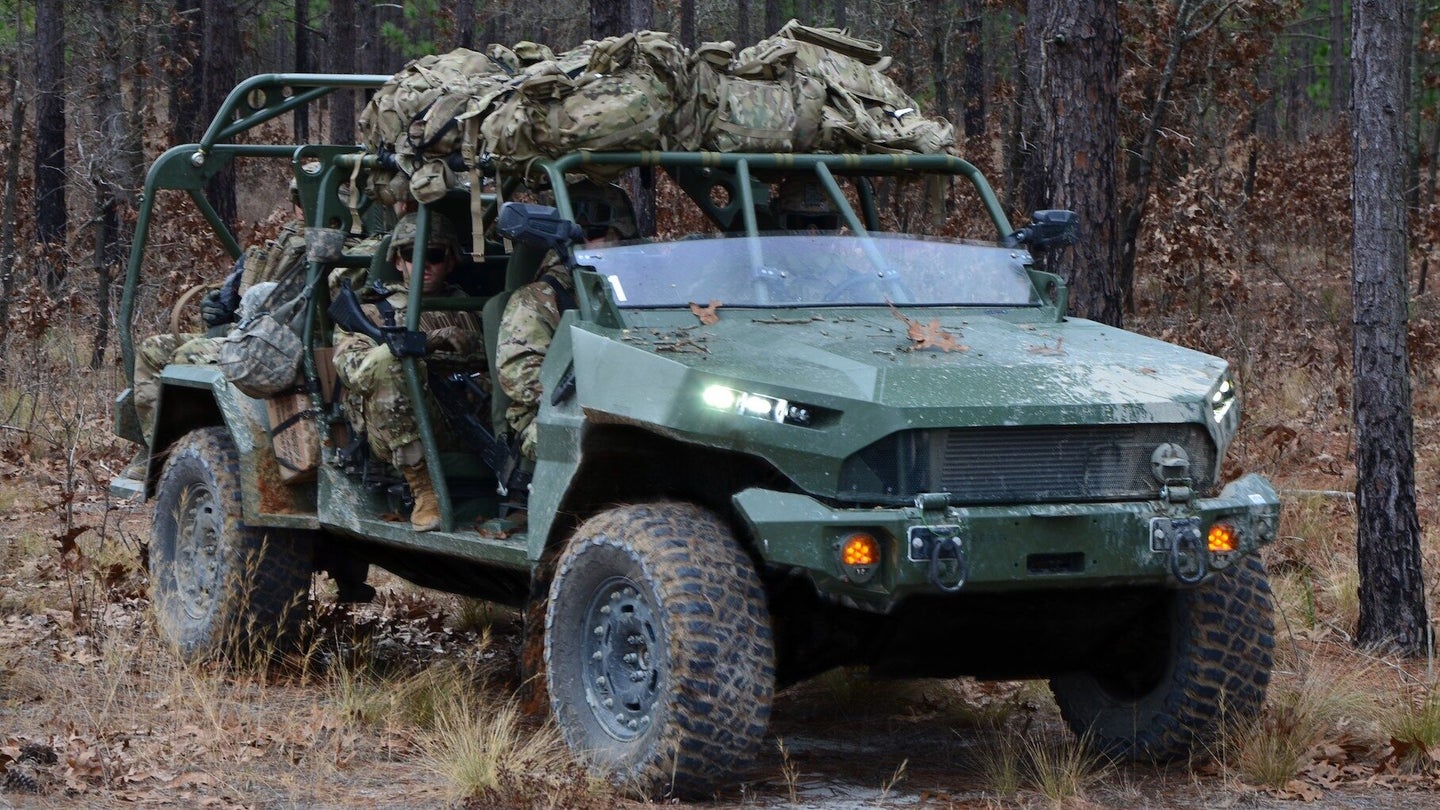 The Army’s new lightweight infantry assault buggy is cramped as hell, too small to haul supplies, and “not operationally effective for employment in combat and [engagement, security cooperation and deterrence] missions against a near-peer threat,” according to a new assessment from the Pentagon’s chief weapons tester.

Designed to provide enhanced mobility to a nine-soldier light infantry squad and all their gear, the Army’s 5,000-pound Infantry Squad Vehicle (ISV) is intended to support a squad over 72-hour operations, and be employed by airborne and air assault Brigade Combat Teams to “provide rapid cross‑country mobility to conduct initial entry and offensive operations,” as the Pentagon describes it.

But according to a new analysis from the Pentagon’s Operational Testing and Evaluation (OT&E) arm published in January, the ISV is barely equipped to do any of that, offering an even more dismal view at the Army’s new assault buggy compared to even last year’s critical OT&E assessment.

During testing conducted at the Yuma Proving Ground, Arizona, in March 2021 and Fort Bragg, North Carolina, in August 2021, the OT&E report concluded that the vehicle “lacks the capability to deliver effective fires, provide reliable communication, and force protection,” to an infantry squad.

“The rifle company equipped with the ISVs did not successfully avoid enemy detection, ambushes, and engagements during a majority of their missions,” according to the report. “In order to traverse cross country routes and wooded terrain, the unit was forced to reduce their speed, resulting in slowed movement, or maneuvered on improved routes, negating any element of surprise.”

The ISV proved so ineffective at providing rapid mobility capabilities to the squad during testing that the unit “concealed their ISVs and drivers close to the objective and dismounted eight soldiers per vehicle to accomplish missions before recovering their [vehicles],” basically ditching their rides in favor of a dismounted engagement.

“This action reduced their combat force, exposed the ISVs and drivers to opposing force attacks, and increased the risk of additional combat losses,” according to the report.

The OT&E report goes on to detail substantial deficiencies in the ISV during combat situations, from the vehicle’s relative lack of ballistic armor to the fact that, due to its design, “personal weapons were not easily accessible on the move, degrading the ability of the squad to quickly react to enemy actions and ambushes,” according to the OT&E report.

To make matters worse, the ISV is still deeply uncomfortable to ride in, making entering and exiting the vehicle rapidly in full combat gear a major challenge and further degrading the vehicle’s effectiveness in a combat situation. Add to it that service members’ inability to easily fire their weapons or dismount to engage targets made them sitting ducks during ambushes.

“The ability of the soldier to egress from [the] center and rear-seated positions in the ISV was hindered by the limited space and interference from stored mission equipment during missions,” the report says. “The seating positions for the soldiers are cramped and uncomfortable. During IOT&E, over 60 percent of the soldiers expressed dissatisfaction with the ISV ride comfort.”

This is the second devastatingly critical assessment of the ISV handed down by the Pentagon’s weapons tester in a row. The January 2020 OT&E report noted that, with a lack of an underbody and ballistic survivability requirement, the ISV “will be susceptible to enemy threats and actions” — and the soldiers inside will remain basically helpless to respond.

“Soldiers cannot reach, stow, and secure equipment as needed, degrading and slowing mission operations,” according to last year’s OT&E report, which noted during testing, soldiers on all ISVs “could not readily access items in their rucksacks without stopping the movement, dismounting, and removing their rucksacks from the vehicle.”

Despite these issues, the Army appears to be plowing ahead with its procurement and fielding of the ISV. The service awarded GM Defense a $214.3 million contract in June 2020 to manufacture 649 ISVs for soldiers and, eventually, support the potential production of up to 2,065 vehicles over eight years with additional authorization.

“This vehicle is going to help Soldiers in the Infantry Brigade Combat Teams that currently walk everywhere,” Steve Herrick, product lead for Ground Mobility Vehicles with the Army, said in a release following testing at the Yuma Proving Ground. “It’s made to be ‘a better boot,’ a capability that allows you to effectively change how you operate.”

In November 2021, Deputy Secretary of Defense Kathleen Hicks even shared a brief video clip of her driving the ISV on Twitter:

But the fact that the Pentagon’s weapons tester says that the ISV is not fit for combat against a “near-peer threat” — the DoD euphemism for Russia and China — should give officials pause before actually deploying the ISV in any sort of contested environment, say, ever.