Why Is The Army Trying To Kill This Life-Saving Weapons System?

On March 21, Gen. Robert Abrams, commanding general of U.S. Army Forces Command, stated FORSCOM's position is that the Army should... 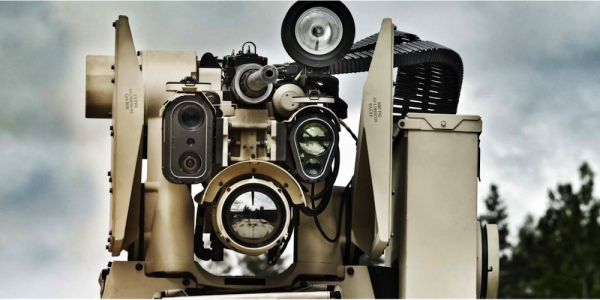 On March 21, Gen. Robert Abrams, commanding general of U.S. Army Forces Command, stated FORSCOM's position is that the Army should “immediately stop the fielding of CROWS-LP [Common Remote Operating Weapon Station – Low-Profile] systems to Forces Command Armored Brigade Combat Teams (ABVT),” in a memorandum directed at the vice chief of staff for the Army, which was obtained by Task & Purpose.

The memo goes on to say, “The CROWS-LP system does not correct tank commander visual and fire control issues.”

The problem is, nobody from the Army or the Defense Department seems to know the details of the stop-work order or the FORSCOM memo.

CROWS Low-Profile is a modification to the CROWS system — the technology that replaced the manned Flex Mount System on the M1 Abrams battle tank. The system allows the gunner of an armored vehicle to remotely control the turret using a joystick and monitor, and accepts multiple weapons systems including the M2 .50-cal machine gun, the Mk19 40-mm automatic grenade launcher, the M240B 7.62 millimeter machine gun, and an M249 Squad Automatic Weapon. The technology emerged from the need to protect gunners who faced increased risk from snipers and IEDs during the Iraq War.

In 2007, the Army awarded an initial $1.4 billion contract to Kongsberg to build the CROWS-II, and the company has since built more than 10,000 systems.

CROWS Low-Profile was designed in 2011 to minimize the height of the station, meeting the Army’s altered requirement of maintaining tank commander frontal visibility, while conducting tank maneuvering assistance functions. The variation developed is 10 inches shorter than the original system. As the name suggests, it significantly lowers the profile of the weapon station, creating both open and closed hatch fields of view.

As of March 31, 2016, the Army had invested $21.4 million specifically into the Low-Profile modification. Kongsberg is on target to deliver the first of the CROWS Low-Profile systems in June.

In the memo, Abrams also instructed to Army to “devote the remaining CROWS program funding to removing CROWS-II from the Army’s M1A2SEPV2 and M1A1SA tanks and replace with the Flex Mount System.”

Task & Purpose has reached out to the under secretary of Defense for acquisition, technology and logistics office; U.S. Army Forces Command; PEO Soldier; U.S. Army Acquisition Command; and the CROWS program manager, but no office has been able to explain why Abrams believes the CROWS-LP does not correct visual and fire control issues, or provide a reason for the stop-work order.

In other words, Abrams wants to uninstall a system that the Army paid more than a billion dollars for, and replace it with one that is less safe and out-of-date. Not only does this seem reckless, but it violates Army acquisition processes.

Have you operated a CROWS-II? What did you think of it? Shoot us an email.