The Coast Guard arrested a Canadian national last week for allegedly trying to smuggle nearly 200 gallons of liquid methamphetamine, according to the Department of Justice. 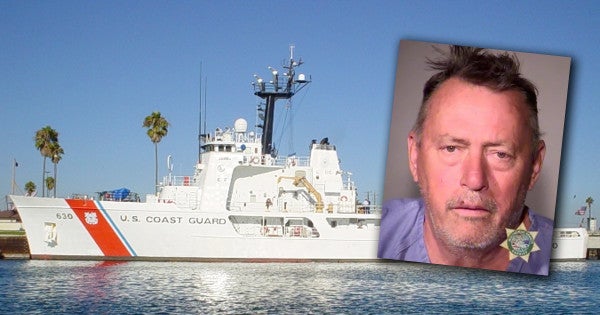 The Coast Guard arrested a Canadian national last week for allegedly trying to smuggle nearly 200 gallons of liquid methamphetamine, according to the Department of Justice.

While on routine patrol April 9, Coast Guard Cutter Alert spotted a U.S.-flagged sailing vessel traveling north about 225 nautical miles from Newport, Oregon, the Justice Department said. When Coast Guard personnel tried to communicate with the boat's sole occupant, 65-year-old John Phillip Stirling, he “went below deck and would only respond via VHF radio.”

Stirling stated he did not have vessel documentation and refused to produce identification. Upon further questioning, Sterling's speech began to deteriorate and he displayed signs of a possible drug overdose. Coast Guard personnel administered medical aid to Stirling and evacuated him by helicopter to Astoria, Oregon. He was later transported by ambulance to Adventist Health Portland for additional treatment.

After searching the boat, the Coast Guard found 28 seven-gallon jugs containing liquid methamphetamine, according to DoJ.

Stirling later told a nurse at the hospital that he had taken a “large amount” of fentanyl before the Coast Guard boarded him, according to a court affidavit, which also said Stirling had been arrested previously for attempting to smuggle cocaine.

Stirling has been charged with illegal possession with the intent to distribute methamphetamine and ordered detained pending trial.