This Medal of Honor recipient now has a street named after him. It used to be named for a Confederate 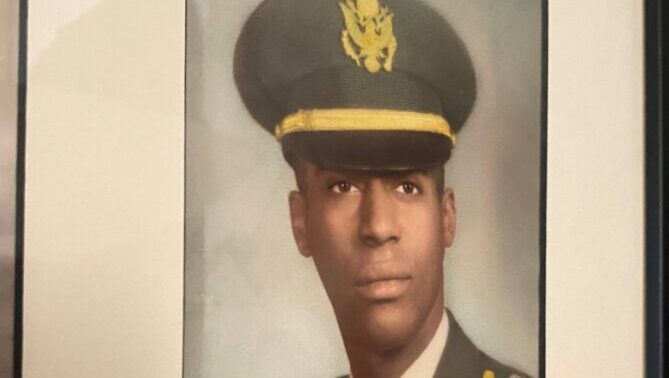 First Lieutenant John Earl Warren Jr., who won the Medal of Honor for his actions in Vietnam. (DVIDS/Courtesy photo).
SHARE

A street inside New York City’s only Army base received a new name, to honor an African-American soldier who gave his life saving others during the Vietnam War. The move comes after years of local efforts to change the long-time name of the street at Fort Hamilton, which despite being in Brooklyn well above the Mason-Dixon Line, was named after Confederate General Robert E. Lee. General Lee Avenue will now be known as John Warren Avenue, after 1st Lt. John Earl Warren Jr. earned a Medal of Honor for his actions during Vietnam.

Local activists had pushed for changing the street’s name, but the Army had not taken action, according to the Brooklyn Paper. The effort got a renewed push in 2020 following the murder of George Floyd by police and the civil rights protests that followed. After two years, the Army has made the change.

Although he was not stationed at Fort Hamilton, Warren was a native New Yorker. Born in November 1946 in Brooklyn, Warren . He was studying at Brooklyn College when he was drafted into the Army to fight in Vietnam. Warren went through Officer Candidate School and served with 2nd Battalion, 22nd Infantry.

In January 1969, Warren’s platoon engaged in a firefight. During the fight, Warren and his men started working their way toward enemy bunkers. Warren was about to throw a grenade into one of the fortifications when one was thrown into the middle of his unit. Per his Medal of Honor citation:

“Thinking only of his men, 1st Lt. Warren fell in the direction of the grenade, thus shielding those around him from the blast. His action, performed at the cost of his life, saved 3 men from serious or mortal injury. First Lt. Warren’s ultimate action of sacrifice to save the lives of his men was in keeping with the highest traditions of the military service and reflects great credit on him, his unit, and the U.S. Army.”

Warren was 22. President Richard Nixon awarded the posthumous honor to Warren on Aug. 6, 1970.

Fort Hamilton was initially founded in 1831, with several additions and overhauls done since then. The street in question was named for Lee due to him being stationed there for 20 years during his time in the Army before joining the secessionist states. It is the main entrance way to the base. Another street in Fort Hamilton jointly named for George Washington and Confederate General Stonewall Jackson is seeing the latter’s name dropped.

The street renaming at the base comes as efforts continue to change the names of entire military bases named for secessionist military figures. There are 10 Army bases currently named for Confederates, as well as Navy cruisers, not to mention streets like the ones at Fort Hamilton.

Congress has set up an independent commission to handle renaming bases named for Confederates, which is set to be done by 2024 (recommendations on doing so must be completed by October this year). The move is, as Task & Purpose’s Jeff Schogol has pointed out, well within the Pentagon’s ability to do right now, but it is not exercising that power.