A Former Marine Considers Dickens And White Privilege At The St. Louis Airport

The worst kinds of people drive the nicest cars. This was what I learned working as a security guard at... 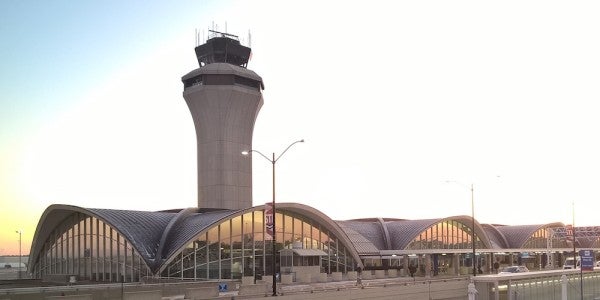 The worst kinds of people drive the nicest cars.

This was what I learned working as a security guard at the airport in St. Louis. I’d picked up the job while working on my MBA after I got out of the Marine Corps. The pay wasn’t much, but it was more than the unpaid internships the school’s facility and staff kept touting to us.

On the shuttle bus, driving us to the beginning of a frigid December graveyard shift; I peered over a dog-eared copy of The Economist I hoped to keep me awake for the next eight hours and spotted a fellow guard reading a library copy of Our Mutual Friend. We exchanged a knowing glance. “One of his deep cuts,” I said. “Yeah, I’m almost through Dickens.”

Mr. Pittman was a former Army medic. He lived with his grandmother in North City, the neighborhood that would later make news around the world with the riots in Ferguson. While he had a bachelor’s degree, he was trying to get by in the recession as a security guard. I suspected this wasn’t his only job.

We’d share posts on occasion, passing the time talking about books or swapping stories about our time in the military. He always called me “Mr. Collins” and I called him “Mr. Pittman,” with exaggerated English civility. The job wasn’t difficult, but the people sometimes were. We’d give directions, search cars or ask people to move their vehicles.

We were unfailingly courteous, but people don’t always like to be told what to do. I didn’t have many problems, but Pittman did.

Every shift together, I’d watch the same people who treated me with, if not respect, at least tolerance; get irritated by my friend. Eyes would roll. Women would sigh. People muttered under their breath. We never talked about it, but we both knew why.

One night, I watched him politely ask an older woman to move her illegally parked Cadillac. She grumbled, offended by his enforcing the rules posted on the sign twenty feet in front of her. I heard exactly what she told him. As she drove away, he made the only comment about race we ever exchanged in the six months I worked there.

Matt Collins is a former Marine Intelligence Officer who now works for a leading defense technology firm in Washington DC. He hopes Mr. Pittman has found a better job. Opinions expressed are his own.