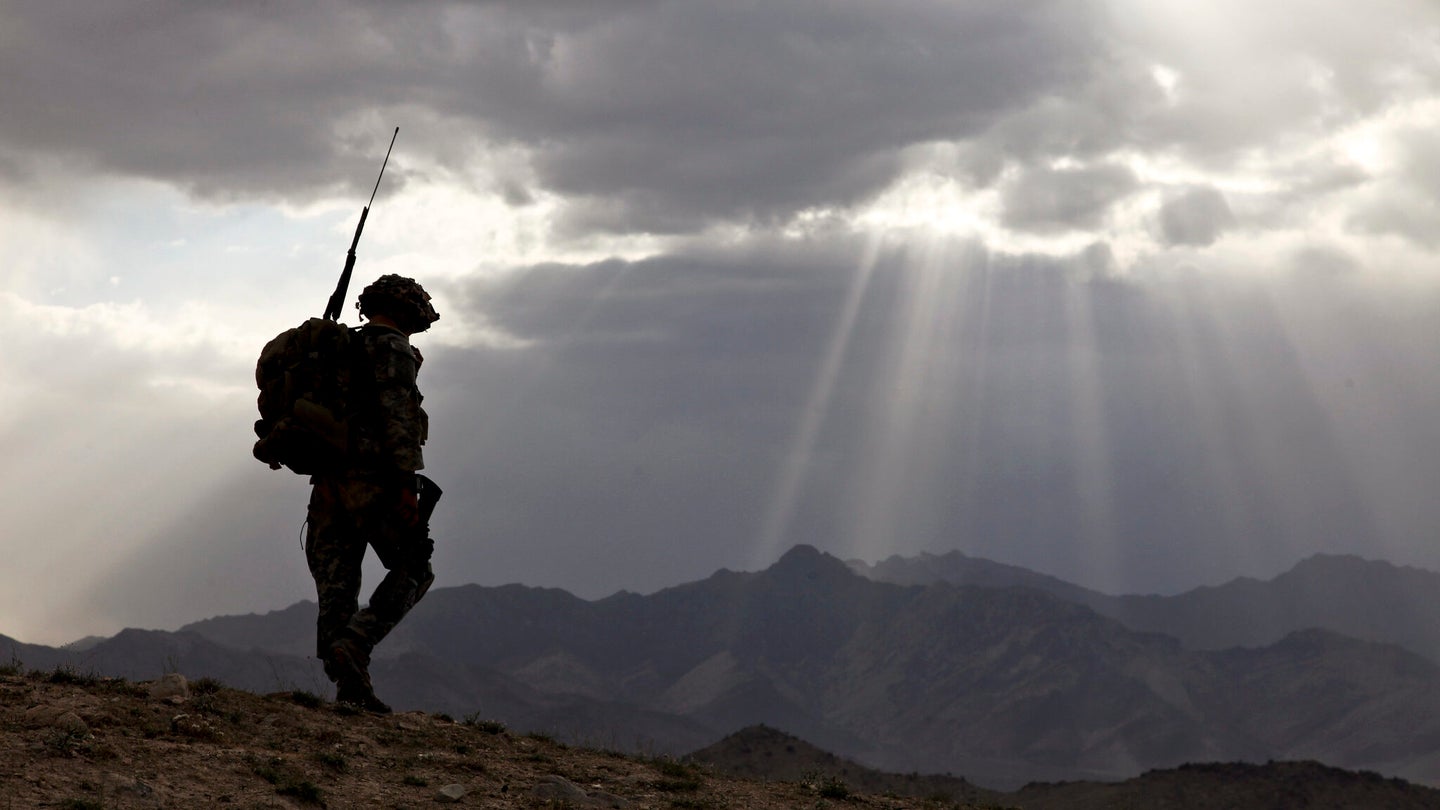 U.S. Army Spc. Newton Carlicci travels dismounted while on his way back to his outpost from the village of Paspajak, Charkh District, Logar province, Afghanistan, June 20, 2010. (U.S. Army).
SHARE

Afghanistan was a country of contradictions.

It was a country where women could run and win in parliament, but burkas ensured a woman’s face was never seen outside of the political billboards. The people were warm and generous. You couldn’t go anywhere in the villages without being offered tea and food. But brutality and killing was also everywhere. And there were the bombs. Bombs in Afghanistan were placed in yellow-five-gallon water jugs, the same type of jugs the Afghan civilians used to carry their water. Life and death were burdens carried like water.

I was a 24-year-old platoon leader in 2010 with a mission to find and clear Improvised Explosive Devices (IEDs) on the highways of Afghanistan. This meant finding those bright yellow five-gallon water jugs. We were afraid of every yellow jug we saw on the road.

On our first big mission, my platoon found an IED buried in the ground. We were so inept after trying to unearth the IED with our sophisticated equipment, a British Ammunition Technical Officer (ATO) stepped in to clear the bomb manually. After our vehicles pulled back to provide overwatch for him, he walked up to the IED with the confidence and poise of a man who knew he would see tomorrow. We watched in horror as he was blown up attempting to dismantle the bomb. We never talked about it, but his death changed our lives.

We got better faster. We were meticulous in our methods. In time, we eventually settled into our mission and got better at finding IEDs. We learned to worry less. We learned that if we stayed on the highway and in our vehicles, we would stay alive. If we got off the road for any reason, we’d be blown up.

I shared my worries with my soldiers during long talks in my truck. They shared theirs as well. One soldier just wanted to get back to Hawaii so he could surf and be with his family. Another soldier worried about his status as a virgin and if being a combat veteran would help him get laid. Most worried about how much life they were missing during that year they were in Afghanistan. Yellow jugs became a secondary concern.

Then my truck got hit.

It was pitch black as we headed off to an outpost outside the city of Gereshk. As we were making our way down the road, we could only see what was in front of us. There were no streetlights or city lights, only darkness, and our headlights. Then there was nothing. For five seconds the air was so thick with dust and debris that it was impossible to breathe. It took those five seconds for me to realize what was happening. I felt a spurt of anger grow inside of me. “When I snapped out of it, I remembered my training, “report your status,” and I yelled so that the other four soldiers in my truck could hear me. “One up, green sir,” “two up, green sir,” “three up green sir,” “four up, green sir.” All green, no comms. We are all alive, but our communication systems were broken.  This means we sit tight, and my platoon sergeant will take charge as we wait for the area to be cleared around us. The safest place is still inside the truck.

Then I saw the fire. There was a fire rising from under my door. “Yo, we gotta get out of here,” I said to everyone in the truck. My driver tried to open his door, but it was welded shut from the blast and wouldn’t budge. My gunner and two soldiers in the back exited the rear of the vehicle. My driver and I were the only people left as the fire grew. The only way out was for us to crawl out the back through a small opening separating the driver’s cab from the gunner’s area. “Listen,” I told my driver, “You gotta take all your gear off and get the hell out [of the truck].” There wasn’t enough room to crawl through with protective gear. We took off our helmets and our vests and crawled out the back of the truck as the fire grew around us. The truck burned to the ground over the next nine hours. But we were alive.

I think back on the British soldier killed and my own brush with death on Memorial Day. His death probably saved the lives of many people in my platoon. His memory can only live on if we tell these stories and learn from them. My life being spared gives me the opportunity to continue telling those stories and learning even more.

Maj. Thomas Bishop is pursuing an MPA at Harvard’s Kennedy School of Government. He has been a writer and editor for nearly two decades. His service includes a combat tour to Afghanistan, work in El Salvador, Honduras, Korea, Germany, and the Netherlands.