Why We Need Veteran-Hiring Advocates

My boss didn’t want to hire a veteran. He dismissed the idea completely at first. He was shocked when I... 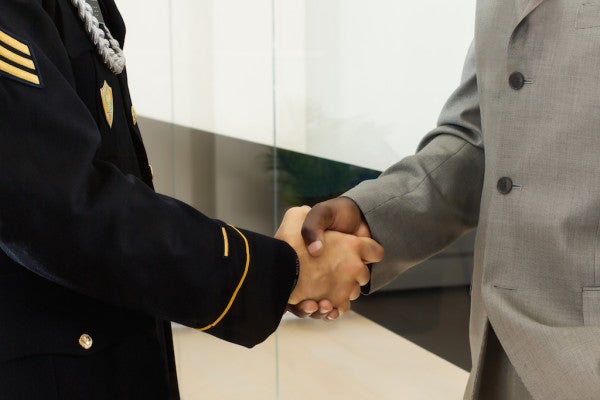 My boss didn’t want to hire a veteran.

He dismissed the idea completely at first. He was shocked when I showed him the resumes of several veterans I knew.

“He doesn’t have experience!”

“He doesn’t have a degree!”

“How can any of these people possibly be of use to you?”

“Don’t you want someone who can actually help you get work done?”

My boss is a kind, quiet, devout Christian. That is to say, he certainly did not intend to offend me, but as a naturally risk-averse manager of a construction company, he simply could not see what I saw. A Naval Academy graduate, I served in the U.S. Navy from 2005 to 2010 as a nuclear surface warfare officer. I drove ships at first and then transitioned to the engine room of an aircraft carrier. The resumes I showed him were for enlisted, nuclear trained, mechanical engineers.

While the unemployment rate for veterans continues to decline, the stigma of perceived inexperience remains a barrier to employment. A report jointly published by Prudential and Iraq and Afghanistan Veterans of America showed that more than 60% of the veterans polled thought translating their skill sets into civilian terms an obstacle in their job search. The leadership qualities, inherent maturity and loyalty of veteran hires have been well chronicled, but the sad reality is that a lot of incomprehensible words on a resume about deployments and duty stations are enough to deter a well-meaning hiring manager. And my boss, the regional manager of a successful, half-a-billion-dollar-a-year company.

My hire was impressive to everyone with whom he interviewed, but just not enough to get him past that experience threshold. I was able to extend a job offer only after explaining repeatedly to my colleagues that an enlisted nuclear mechanic actually had significantly more relatable experience than I did. Unless you’re hiring him to be a Navy lieutenant, I told my boss, he is far more qualified than I was for this job when you hired me.

If we want to get better at hiring veterans as a country, every successful company that wants to actually demonstrate patriotism should have an internal veteran-hiring advocate, someone who can read a resume and help to translate it for the civilian world. Ideally, that’s an existing veteran employee who can figure out if a potential hire’s experience relates enough to the industry to be successful. There are a growing number of training programs and hiring incentives that are both great steps in the right direction. But the only way a boss like mine will get the message is if it’s translated in just the right way.

I had to put a lot of effort into winning over hearts and minds, but I was finally able to hire a veteran. And not just any veteran but an enlisted sailor with whom I had worked, whose work ethic and drive had impressed me and who I felt fortunate to have found years later.

Until the role of veteran-hiring advocate actually exists, those of us in a position to do so have an obligation to be that advocate for our brothers and sisters. If you don’t speak up for them, who will?