A private donor is funding a National Guard deployment. Nobody’s sure if it’s legal or not 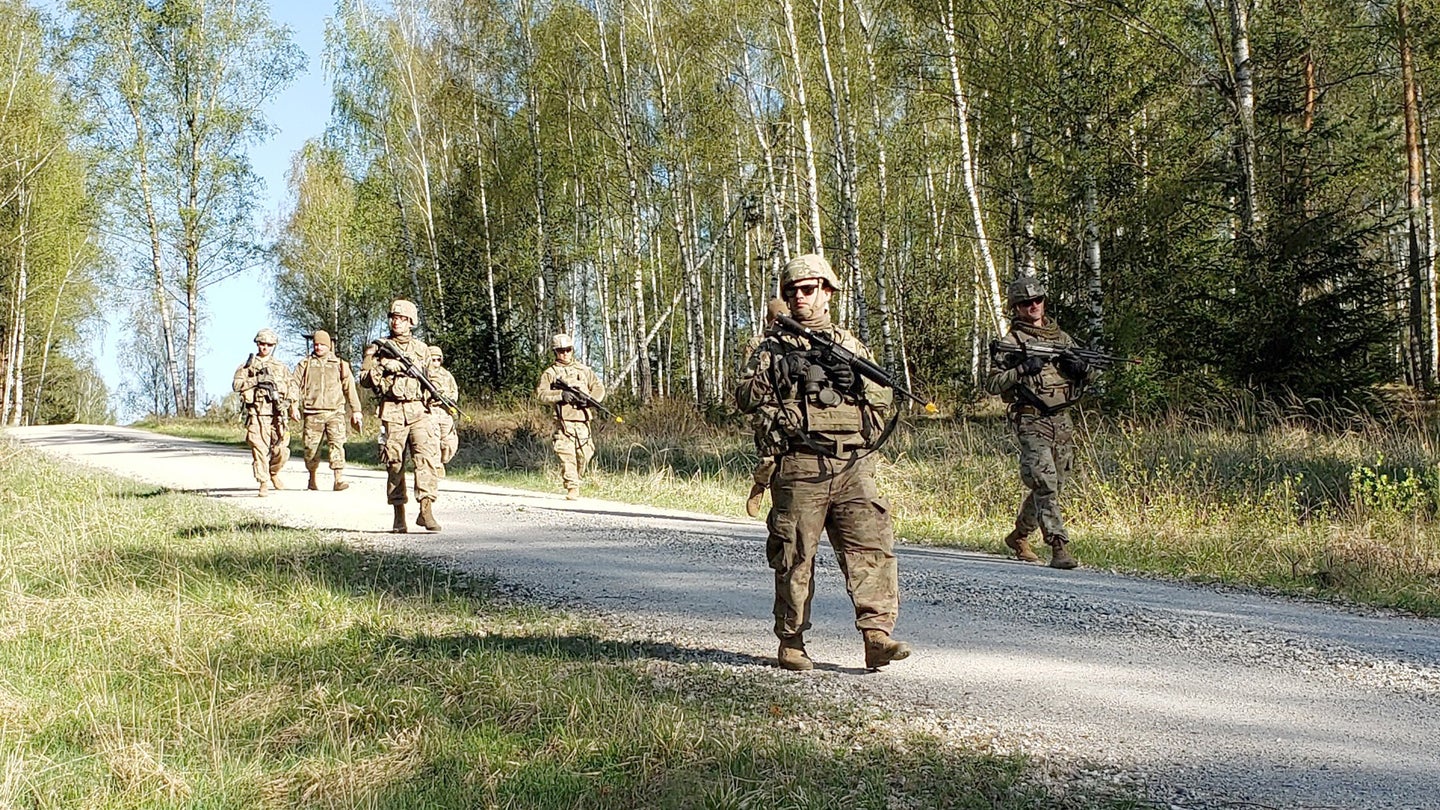 South Dakota Gov. Kristi Noem said on Tuesday that up to 50 South Dakota National Guardsmen would deploy to Texas “to help secure the border between the United States and Mexico.”

“The deployment will be paid for by a private donation,” the statement read.

The idea of mobilizing the National Guard on a private donation immediately spread like wildfire on social media. Overwhelmingly, the question everyone seemed to be asking was: Is this legal?

Ian Fury, Noem’s spokesman, said the donation in question was made by Willis and Reba Johnson’s Foundation, run by Willis Johnson who Axios reported is a “Tennessee billionaire and high-dollar Republican donor.” Fury said the donation was “made directly to the state of South Dakota,” and the “soldiers will be on a state active duty mission.”

When asked if it was possible to mobilize the Guard through a private donation, National Guard Bureau spokesman Wayne Hall pointed back to state laws, as the National Guard is operated at the state level.

“It depends upon the state laws and fiscal policy of the state and status of orders,” Hall said. “The governor has the authority to call up their National Guard on State Active Duty.”

According to South Dakota law, if “any person, firm, or corporation offers to the state … services, equipment, supplies, materials, or funds by way of gift, grant, or loan, for emergency management, the Governor … may accept such offer.” Another law says whenever “any grant, devise, bequest, donation, or gift … is made to this state, the Governor shall receive the gift.”

“However, if such gift is subject to any preexisting condition or contractual obligation, the Governor shall receive it only after determining that it is the best interest of the state to do so,” the law states.

South Dakota law also dictates that when in active service of the state — which Fury says these Guardsmen will be — the “compensation and expenses … shall be paid out of any funds in the state treasury not otherwise appropriated.”

But the move seems to have little precedent to point to, making it difficult to find a solid answer on its legality. Steve Vladeck, a constitutional and national security law expert at the University of Texas, said that technically it seems it’s legal, though he said it “shouldn’t be.”

He pointed to the Emergency Management Assistance Compact, which according to its website allows states “to send personnel, equipment, and commodities to assist with response and recovery efforts in other states.” Vladeck said that because this “is privately funded,” it’s “clear that it ain’t EMAC.”

While it might be legal, many have raised the question about whether or not it should be. Mandy Smithberger, a defense accountability expert at the Project on Government Oversight, told the Washington Post that you “certainly don’t want our national security priorities up to the highest bidder.”

“This subverts that the military is the instrument of the people,” Katherine Kuzminski, a military policy expert at the Center for a New American Security, told the Post. “This puts a marker on individual soldiers as mercenaries they may not be comfortable with.”

South Dakota State Sen. Renold Nesiba echoed that sentiment on Twitter, saying National Guardsmen “signed up to serve our state and country, not to generate airtime for our Governor on Fox News or to be mercenaries for some wealthy donor.”

“Our National Guardsmen and women are not professional soldiers for hire,” Nesiba said.

Sonja Johnson, the director of the South Dakota National Guard Museum, said on Wednesday that she’s “never heard of anything like this happening before.”

Duke Doering, a historian with the museum, seemed to agree, telling the Associated Press that the move “kind of floors me, when you’re talking about a private donor sending the Guard, that doesn’t even make sense to me.”