There Is A Cultural Clash Erupting Within The Military

Of late, there have been several articles talking about why officers are leaving the military. The best recommend some solutions.... 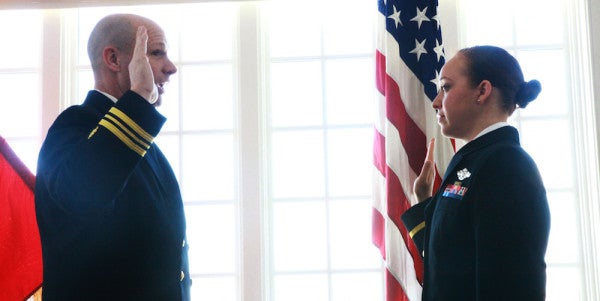 Of late, there have been several articles talking about why officers are leaving the military. The best recommend some solutions. Others just list problems. There is almost a whole sub-genre of essays (other examples here, here, here, here, and here) about why individuals leave the military, most of them written by junior officers.

Clearly a problem exists, but what exactly is it? Does the military really face an exodus of its best service members, or are the officers who are leaving the military just whining on their way out the door? Maybe it’s a bit of both. Most of these essays raise at least some valid points, but only the best of them also offer up solutions. Identifying problems without presenting solutions is just wanking dressed up as professional discourse.

Claims of retention problems can be hard to break out, because the military has been trying to get rid of excess personnel for the last few years. If there is a problem with retention in the armed forces, it won’t be broken out in raw numbers, only in whether the right people are staying or going. In some cases, especially in specialties in high demand in the civilian world, we are starting to see some fraying. For example, the Air Force is in panic mode over pilot retention. At the same time, that’s exactly what we’d expect at any time when the economy is growing. It may not be an indictment of the military itself.

Is the military retaining the right people, though? Are those who remain in just the bureaucratic stooges who just couldn’t make it on the outside? Most of the recent junior officer “drop the mic” essays have a subtext of, “The losers running this shit show don’t recognize the stone cold awesomeness I’m bringing to the table.” Setting the narcissism aside, is this a real thing?

For all the talk about how anyone who can “fog a mirror” can get promoted, that hasn’t been the case lately. Promotion rates have fallen dramatically throughout the services (USAF, USN, USMC, USA). In the Navy, for example, the selection rate for lieutenant commander is only 65% — put another way, over a third of lieutenants fail to get promoted. This compares to an 84% promotion rate five years ago. Marines face competition just to stay in. Even in private industry, you don’t always see such a winnowing out of talent.

In any organization, civilian or military, there are people who seek the most direct path to the top. That’s not so bad in itself — organizations are supposed to reward hard chargers. But do the people the organization promotes actually support the goals of the organization? If the careerists are furthering the organization’s goals, then careerism isn’t bad. In this case, the military’s goal is winning wars, and therein lies the rub.

Every person left as wreckage on the career wayside will claim that he or she is an iconoclastic rebel, who told truth to power and was stickin’ it to the man, man. In reality, a lot of people who claim that their talents are neglected are just assholes, not unrecognized geniuses. Knowing the difference is difficult. Every crank military officer thinks he’s the next John Boyd. Most are just insufferable jerkoffs.

The military is a conformist institution. That’s by design. Militaries have been that way for centuries. In the Roman legions, there was no room for a legionary to say, “Excuse me, Consul. Could I suggest a better way to deploy the light infantry?” Most of the time, that conformism is a good thing. The military doesn’t have the time or resources to take the musings of every 23-year-old junior officer for action.

However, the pace of change has accelerated and society has changed as well. The military will never be a Silicon Valley start-up, but it can learn some lessons from the outside world. The military can do a better job of evaluating its leaders. Making senior leaders actually counsel their subordinates, mandating more transparency, and making ratings statistically controlled against inflation could remove the perceived inequity of military promotions.

More importantly, the military can begin a more entrepreneurial approach to assignments and pay, as I have advocated for, along with other writers, such as Tim Kane. The military assignment process is still based around an industrial-age military organization of the 1800s, not the 2000s.

That aside, the military continues to run on selfless service. Being in the military means following orders and going on deployments. All service members accepted that willingly; it’s the price of admission.

I don’t think that the latest round of junior officer missives are anything different than the ready room or wardroom wanking that’s existed for generations, but the Internet has provided a broader audience to complaints that used to be contained within the JOPA, the Junior Officer Protection Association. As frequently happens, there’s also a lesson on responsible use of social media to be had.

The military does need to evolve with the new millenium. But, at the same time, the “millennial” junior officers writing these screeds need to understand that unlike their helicopter parents, the world doesn’t revolve around them. It’s called military service for a reason.