Why veterans filing VA claims should be using a ‘buddy statement’

If there's no record of your injury, a letter from your battle buddy could work 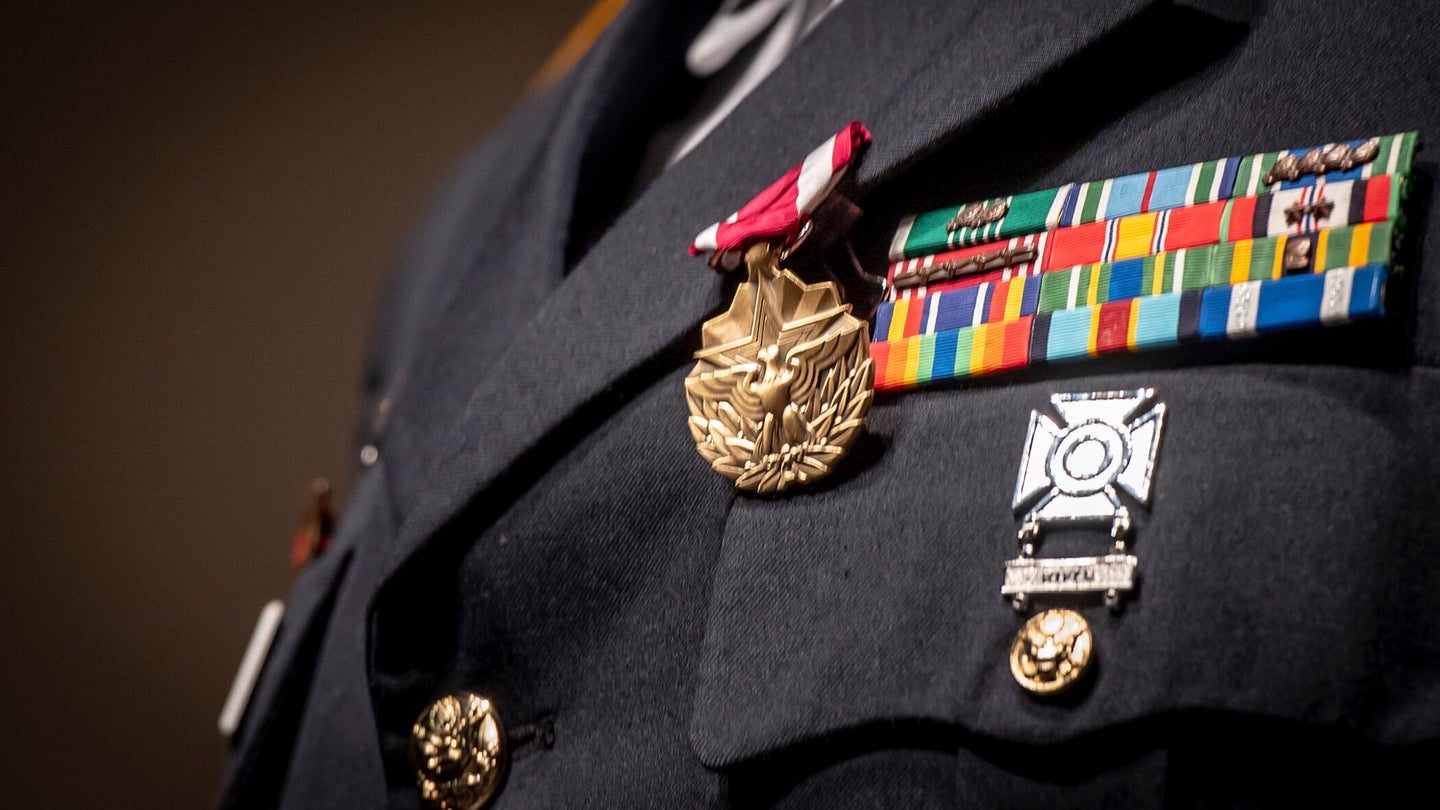 A Meritorious Service Medal hangs on the uniform of a member of the 282nd Army Band, Nov. 5, 2021. Two members of the band who were retiring after 20 years of service to the nation received MSM's on stage after the band performed a "Salute to Service: A Veterans Day Concert" at Clemson University's Brooks Center for the Performing Arts. (Photo by Ken Scar).
SHARE

If you’ve ever served, then you know the relationships you make during your tour of duty can last a lifetime. Even if you haven’t seen someone from your unit in 20 years, the second you reconnect, you’re both somehow able to recall an old inside joke and laugh your faces off. Bonds made in an operational environment can endure longer than those made in ordinary environments, like high school.

These relationships, long after you separate, can also provide support for benefits and care. Those with whom you’ve served can write reports attesting to your exposure to combat or dangerous toxins like asbestos. Often called “buddy statements,” these testimonies can be used to help veterans substantiate disability claims with the Department of Veterans Affairs.

But why would a veteran need buddy statements? Shouldn’t everything be in their medical records or at the very least, in their personnel records? The flat answer is no. There is a general misconception that military record-keeping is infallible; that everything that has ever happened on deployment is reported and documented. Availability bias is probably the best example of a bias that people have towards historical records.

Availability bias is the belief that the available evidence is representative of the phenomenon being observed. Applied to verification of participation in a military event, like a firefight, or an IED strike, it would mean that someone believes that everything that ever happened to a veteran must be documented somewhere in their service medical or personnel records. This bias can lead to assumptions that a veteran never participated in an event or never was exposed to a toxin if there is no explicit mention of it in their own records. In other words, there is an assumption that military record-keeping is equivalent to perfect knowledge of the comings and goings of the battlefield, which is obviously false.

In my experience, the historical record can be representative, but oftentimes it is not necessarily the records of the person in question. Veteran A may say they were exposed to something, but their records may be without any mention of it. However, if you look at Veteran B’s (someone who Veteran A served with) personnel records or look at broader unit records, you may find compelling evidence that Veteran A was in fact exposed to that phenomenon (combat/toxin/etc). It can be quite complex to find these connections at the individual level, but luckily data science provides an easier way to find these relationships.

Network analysis is essentially the study of relationships between actors and other variables. It has also been used in social media analysis, where companies try to harness information about your contacts to send them better targeted ads. By defining relationships, data scientists can see how nodes are related and then pull metadata to drill down and really get a clear picture of what’s going on. It is powerful in terms of studying networks of human relationships.

How could network analysis help with validating veteran experiences? For over a decade (at least) the Department of Veterans Affairs and the Department of Defense have had a shared repository of information pertaining to those who have served. It is called the VA/DoD Identity Repository, or VADIR for short. The System of Records Notice from 2009 details the following data points:

The record, or information contained in the record, may include:

Conceivably, with all of this information, someone could use network analysis to see everyone I ever served with. If my official records did not mention participation in an event or exposure to some toxin, does VADIR have evidence that anyone in my unit did? It would be an interesting question to ask, and there is automation available to make these connections at scale. You could construct unit rosters on the fly, and at least start to ask these questions in a meaningful way. If 75% of everyone I deployed with have exposure to combat or something else documented in VADIR, this could be something that tips the scales in my favor and grants care and benefits to me.

What Is Available Now?

The VA Software-As-A-Service (SAAS) catalog notes that Palantir Gotham is approved and available for use at VA. This is but one example of software that could do this network analysis work. There are several other companies that provide network analysis, sometimes called link analysis, to mine relationships between data at scale.

Network analysis could provide an automated way for government employees tasked with validating events or exposures to supplement their research and improve outcomes in an efficient manner. The massive amounts of archival documents and records make it extremely challenging for novice researchers to find the evidence they need to proceed. By providing them with automated search capabilities across the entire unit of the veteran in front of that employee, they can make better decisions and hopefully speed service to veterans that may have missing or incomplete medical or personnel records. While there are governance issues that have to be fleshed out, these issues are not insurmountable.

Chris Aragao served in the Marine Corps between 2001-2005. He deployed to Iraq twice during OIF I and II. He works as a civil servant and lives in RI with his family. In his free time, he helps lead the Veterans Advocacy Tableau User Group.