How The Rules Of Engagement Save Lives In Combat

On a day that marks the 150th anniversary of the signing of the first Geneva Convention, it is worth remembering that... 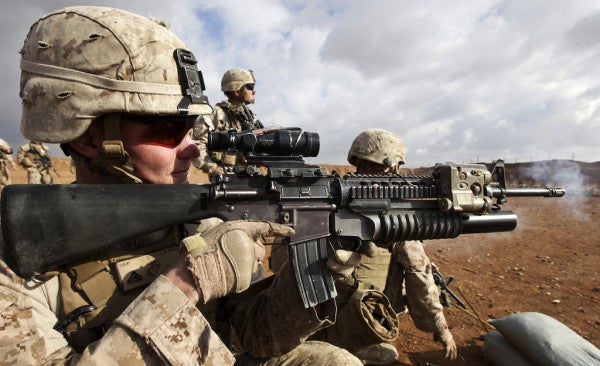 On a day that marks the 150th anniversary of the signing of the first Geneva Convention, it is worth remembering that even warfare has limits. Signed in August 1864, the Geneva Convention was the first attempt by nation states to enshrine the obligation to spare and protect wounded soldiers, and the people who care for them. The signing created the foundations of international humanitarian law, which has since expanded into an inclusive body of law that protects non-combatants during periods of armed conflict.

Despite the protections guaranteed under international humanitarian law, tragically there continues to be staggering numbers of non-combatants who are killed or wounded in the crossfires of the many conflicts raging around the world today. However, the U.S. military is at the forefront of working to change this paradigm through our partnerships with armed forces across the globe.

As an infantry officer who served three tours in Iraq and Afghanistan, I understand the extreme lengths the U.S. military takes to avoid this “collateral damage.”

In 2005, my unit was assigned to an area of operations that encompassed almost 200-square kilometers of territory in an area just north of Baghdad and east of Fallujah. We interacted on a daily basis with the local population, and ran combat patrols that often came under fire from insurgents hidden in and amongst civilians. The threat of an attack by a suicide bombing was also ever present. In fact, one of our patrols suffered several U.S. casualties when a car and its driver exploded at a crowded marketplace.

To help prevent civilian casualties while still providing for our own security, we implemented a technique called “escalation of force” that was an important part of our rules of engagement. The rules were a practical way of putting into place safeguards and measures to ensure that combat forces comply with international law and minimize the infliction of collateral damage.

First, we created a 100-meter buffer zone around our vehicles, and hung large signs in English and Arabic, warning Iraqi drivers to keep out of the zone. Vehicle turret gunners stood up in their turrets and were clearly visible to drivers to enforce the minimum safe distance. If they saw a civilian vehicle breach the 100-meter buffer zone, they would implement the five “S”’s of our escalation of force measures: shout, show, shove, shoot to warn, and then finally, shoot to kill.

At the risk of stating the obvious, soldiers are human, and humans make mistakes. Despite taking all possible precautions, no process, no matter how rigorous, could be perfect or perfectly executed in every possible situation. We did, however, do our absolute best to follow the rules of engagement and escalation of force measures every minute of every day.

Unfortunately, during the long wars in Iraq and Afghanistan, civilians still suffered. The death of civilians during armed conflict, however, is not automatically considered a war crime provided that attacks take place according to the tenets of military necessity, distinction, and proportionality. Our rules of engagement encapsulated these three tenets, which are enshrined in the laws of armed conflict, a fundamental part of international humanitarian law.

According to international law, the principle of military necessity requires combat forces to engage in only those acts necessary to accomplish a legitimate military objective. Distinction requires combatants to intentionally attack only valid military targets. And finally, proportionality requires that combatants use only the minimum amount of force necessary to accomplish their military objectives. While the definitions of necessity, distinction, and proportionality may be straightforward, often their application is not, and therefore following the rules of engagement was a technique for adhering to these tenants under often confusing and chaotic circumstances.

At the time, engaging in acts necessary to accomplish a legitimate military objective was boiled down to acting in “self-defense.” The right of self-defense extended to not only yourself, but your unit, friendly forces, civilians, and even enemy prisoners of war.

Distinction was also difficult as insurgents often deliberately conducted attacks while hiding among groups of civilians. These were calculated moves on the part of insurgents; any civilian casualties caused by U.S. forces turned at least some local sentiment against us. To address this, soldiers were required to positively identify their target. In other words, if you could not see the person attacking you, you were not permitted to return fire.

Of the three, proportionality was the most straightforward tenet to put into practice. After determining a right to self-defense and positively identifying the target, you could engage the target using just enough force to destroy it, without causing extensive collateral damage. For this, we used a common sense test. For example, to subdue a single sniper firing from an apartment complex, it would be disproportionate to call in airstrikes that would level the entire building. Instead, we would directly engage the sniper with small-arms fire, and if necessary, send a team of soldiers in to find and eliminate the threat, attempting to minimize civilian casualties.

While this may sound methodical and measured on paper, in practice, the escalation of force measures might go from shouting to shooting in a matter of seconds; execution required discipline, judgment, and an iron will. It also required dedicated, continuous training. My platoon participated in numerous classes and lectures about the Geneva Convention and the laws of war that included discussions on a wide range of hypothetical scenarios we might encounter. We were issued rules of engagement “smart cards” that every soldier was required to have on them at all times. As a leader, I inspected my soldiers to ensure that they did so. And, prior to every single mission, my platoon would rehearse the rules of engagement as a group.

This exhaustive emphasis on minimizing collateral damage is common across our armed forces. We also don’t keep these values to ourselves. The United States military maintains a presence in over 130 countries around the world. The relationships forged from the resulting military-to-military engagements are crucial in protecting America’s national security interests. They also provide an opportunity for our military forces to communicate, share, and teach our value system and the normative behaviors under which we live. Key among these values are our respect for life, our adherence to international humanitarian law, and observation of the tenets of military necessity, distinction, and proportionality during armed conflict.

Joseph Stalin is attributed as having said, “The death of one man is a tragedy, the death of millions is a statistic.” As a reflection of our shared American values, across the globe the U.S. military continues to be at the forefront of working to ensure that there are fewer tragedies and no more statistics.