$2.1 Billion Later, Where Are We In The Air War Against ISIS?

In the nine months after the military launched Operation Inherent Resolve, the U.S-led air campaign against the Islamic State, the... 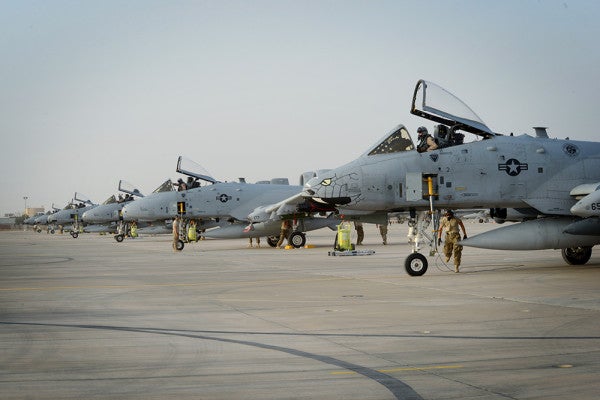 In the nine months after the military launched Operation Inherent Resolve, the U.S-led air campaign against the Islamic State, the military has spent an estimated $2.11 billion, or roughly $8.6 million a day.

Though the Pentagon lists that more than 6,000 targets have been destroyed, the ability for Kurdish and Iraqi ground forces to capitalize on these gains is lacking. There’s no telling how or where this spending will end, and or what the costs will be once the United States begins providing close air support to Syrian rebels in the coming months.