Watch This Hilarious 4th Of July Message From An American Patriot

In a satirical video titled “I Hate Britain Day,” Jack English reminds viewers that the only reason Independence Day exists... 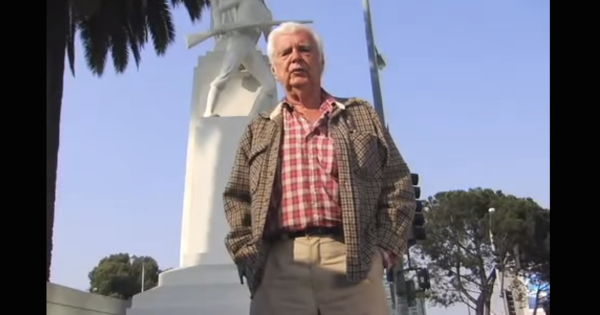 In a satirical video titled “I Hate Britain Day,” Jack English reminds viewers that the only reason Independence Day exists is because we had free ourselves from the British, but now they want to be best friends.

So, this 4th of July, honor our nation’s 239th Independence Day the way our forefathers, or at least English, would have wanted you to: by celebrating “I hate Britain” Day.

“America is truly the greatest country in the world. And the greatest holiday in the world is the day when we remember the birth of this wonderful nation,” says English in the video, as he strides confidently forward.

“I’m Jack English, and this 4th of July celebrate our independence with the most American thing you can do — by telling the British to shove it up their ass.”

The video, which is not safe for work, appears to have first aired on Break.com in 2008.

Watch the video below and have an excellent “I hate Britain” Day.