Last year, when TMZ published images that appeared to depict Marines burning bodies in Iraq, it looked like the Corps... 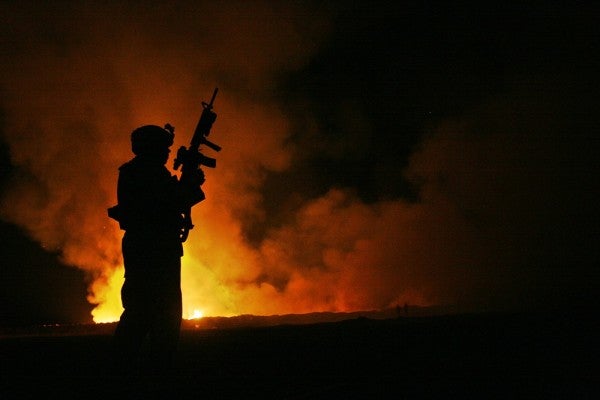 Last year, when TMZ published images that appeared to depict Marines burning bodies in Iraq, it looked like the Corps had another public-relations scandal on its hands. The scene was reminiscent of a 2012 video of Marines urinating on dead Taliban fighters in Afghanistan. That incident caused international outrage and a messy investigation.

Emails obtained through a Freedom of Information Act request and first published on this site by Task & Purpose contributor James Weirick shed new light on the burning bodies and stark differences in how the Corps investigates wartime scandals. The Marines in the photographs were not desecrating the dead, but were trying to prevent the spread of disease, the Corps now says.

“Both incidents were alike in that they highlighted the shock and backlash that results when the the ghoulish realities of war are thrust into the public eye,” writes Hodge-Seck. “While the video clearly showed Marines desecrating war dead and the photos left some ambiguity as to what was taking place, the public impulse to shame and condemn was a constant. At the top echelons of the Corps, however, care was taken to apply lessons learned from one high-profile incident to the next.”