The Pentagon's Office of Cost Assessment and Program Evaluation performed a cost estimate on the Death Star from Star Wars,... 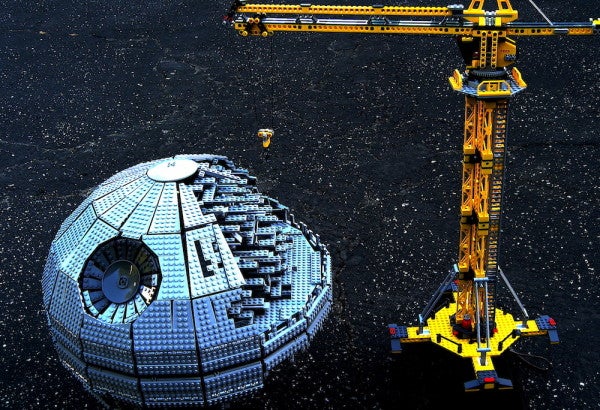 The Pentagon's Office of Cost Assessment and Program Evaluation performed a cost estimate on the Death Star from Star Wars, with one estimate coming out to roughly $193 quintillion, according to VICE.

The Cost Assessment and Program Evaluation office’s lead, Dr. Jamie Morin, said that number very well may be in the right ballpark.

“We don't have the engineering level of detail we would like in order to produce a reliable cost estimate on either building or operating a [Death Star],” Morin told VICE. However, “I'd also note that authoritarian regimes often have just as hard a time getting reliable data for costs as we do, though Force powers might help.”

He suggested that in addition to that development figure, operating ships often costs roughly 50 to 70% of the total cost of buying and maintaining that system. If that holds true, then the lifecycle range could total $300 quintillion.

In order to cut costs, Morin suggested the use of droids or drones and automation, adding that training personnel to man the ship would be very costly.

Unfortunately, as far as U.S. defense policy goes, “the Empire's Death Star projects also run counter to one of the most important moves the current U.S. Secretary of Defense is taking with our acquisition system: focusing on payloads, not platforms,” Morin said.

The utility of the Death Star likely wouldn’t justify the resources need to build, maintain and operate it.

“It's one platform with one weapon. And that one platform takes a huge amount of infrastructure and is really only good for one mission,” said Morin.

“In addition, like the president, I don't endorse the destruction of entire planets,” he added.