The Tactical Tenets Of The Most Badass Professor Of All Time

As a child, the fearless and adventurous archaeologist Henry “Indiana” Jones Jr., took many kids from the comfort of their... 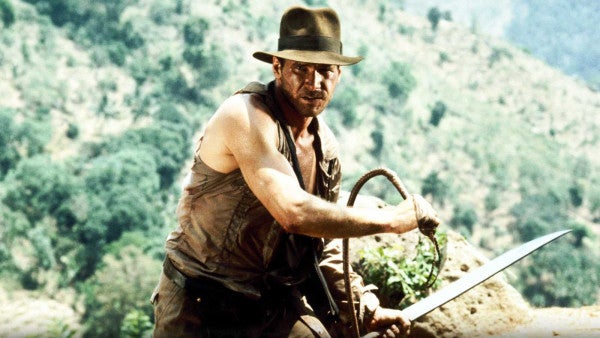 As a child, the fearless and adventurous archaeologist Henry “Indiana” Jones Jr., took many kids from the comfort of their living room to a world only imaginable overlaid against real life quasi-historical events and locations. Long before I was a military leader, I was forever ingrained by some of the popular culture of the 1980s movies, whether taking lessons from Star Wars or learning that knowing is half the battle, as taught by G.I. Joe.

The truth is that there are important lessons buried in much of pop culture, lessons that often apply to the military.

I re-watched the Indiana Jones trilogy in 2010 on Christmas as a staff officer in eastern Afghanistan trying to digest the insanity of daily operations orders, storyboards, and targeting packets. Important note: I did not care to finish the Crystal Skull film, the events of that movie ruin the first three, or so I’m led to believe.

Looking back, here are some of the tactical lessons I learned from Indiana Jones.

1. Mobility is a battlefield enabler.

Indiana Jones doesn’t seem to like to walk very far. He is a master of several vehicles often and uses available craft for escape, maneuver, and general speed. Mobility is a key on the modern battlefield, and special operations forces demonstrate in current combat operations that mobility at the sake of protection can still be an important battlefield advantage.

2. Never bring a knife (or sword) to a gunfight.

That scene above says it all. Precise applications of firepower can overcome many a battlefield obstacle. Be judicious in your use of force.

3. All hand-to-hand fights end on the ground.

Jones can scrap pretty well for an academic, but he clearly depends on a Depression-era brawling style. As modern U.S. Army combatives courses or mixed martial arts fanatics will tell you, the majority of hand-to-hand engagements end up on the ground. Whether fought on the treads of a tank, a conveyor belt, or on a Nazi airfield, be prepared for your fight to end up on the ground. Either use found weapons in the environment, like a conveniently moving propeller, or make sure your friends show up first with a gun. A cultured academic such as Jones would have done well to study some Judo or Jiu Jitsu during his travels in the Orient and South America.

4. Logistics is boring — if you don’t plan, you better improvise.

Clearly, Jones was not big on the logistics of operations. He’s clearly more of a “ready, shoot, aim” type. If you discount the logistics of an operation and contingency planning, you better be darn good at improvising.

Take for example this situation from Indiana Jones and the Temple of Doom: There are no parachutes and no pilots in your soon-to-crash airplane, so you use the life raft and free dive into the Himalayan mountains. Improvise, adapt, and overcome

5. Rules are meant to be broken, ethics can be subjective.

There are some ethical hardlines that should never be crossed — slavery, fascism, and grave-robbing come to mind.

Jones stands for some core Western values in a rapidly globalizing world. His general disregard for much of the remainder of professional ethics reflects a blend of mission focus, pragmatism, and ego. His ultimate goal was to preserve history and prevent evil-doers from using historical artifacts for nefarious purposes; and in pursuit of that goal, Jones often ignored other ethical questions.

Additionally, Jones’ penchant for the ladies and his inappropriate conduct with counterparts often got him in trouble, and he would do well to attend a few equal opportunity briefings.

6. Faith is a force multiplier.

Faith has an important role both on the ancient and modern battlefield. Faith in our comrades, our capabilities, and our profession provides a bond of trust for the military professional. The ability for ideological faith to motivate is also reflected in Jones’ opponents, from the human-sacrificing doomsday cult in the Temple of Doom to the Nazis who sought to use the occult in their desire to take over the world.