We Must All Share The Burden Of Remembering Iraq

Author and Vietnam veteran Tim O’Brien wrote, “the thing about remembering is that you don’t forget.” As the situation in... 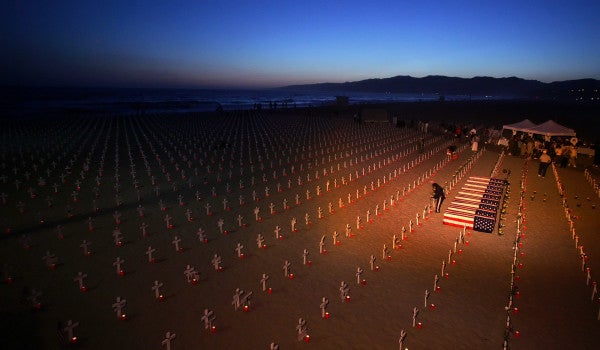 Author and Vietnam veteran Tim O’Brien wrote, “the thing about remembering is that you don’t forget.” As the situation in Iraq deteriorates to levels not seen since 2007, Americans must decide how we will remember the role our country played there for the last decade. For Iraq War veterans, remembering the war can be bittersweet and frustrating, and lead to many questions about whether the years spent in combat were a waste — a waste of time, a waste of money, a waste of life. However, it is important not to dwell on the past, look toward the future, and to fight this narrative.

Remembering our role in Iraq becomes a critical task, a collection of millions of individual stories, each one inherently intimate and unique. The memories are part of our story as a nation. They are memories that American civilians and veterans alike need to hear and need to remember.

I, for one, think of many things when I remember Iraq.

I remember hearing the ominous “pop” of 107-millimeter rockets launching several kilometers away, and then the shrill shriek of them incoming on our position. I remember thinking it sounded just like the movies, only this was real life. I remember several children being killed on a soccer field one day when one of those rockets missed our base.

I remember arriving at the hulk of burning American vehicles, destroyed by exploding projectiles laid out by Shi’a militants, and the bitter metallic taste that stuck in my nostrils and mouth for hours after.

I remember the pool of my friend’s blood on the pavement after he lost his leg on his first day as a platoon leader. It was Mother’s Day.

I remember festive Thursday nights in northwest Baghdad, as wedding parties drove down the streets honking their horns and my soldiers playfully danced in the streets with local residents.

I remember countless children coming up to my patrols, smiling and asking for pens and “cha-co-la-ta.”

I remember turning 25 and 26 on the same deployment.

I remember the watermelon farmer I found despondent on the side of the street as he explained that the Iraqi army had come through and told him he could not sell watermelons there, and then smashed his supply. I remember the bullet scar he showed me on his stomach where he was shot in the war with Iran. He had served his country, yet had to ask why was this happening to him.

I remember the tears I shed with the two Iraqi National Police officers I worked most closely with when they found out I was going home. I remember recounting with them the successes we had in ridding the area of many criminals and insurgents. I remember telling them I would come back to visit as a guest someday.

I remember my gunner, whom I shared countless hours with in a Humvee, and the day I learned that he killed himself three years after returning.

In a way, a part of me will forever be in Baghdad. I am grateful that I have those memories. They are powerful, painful, heartbreaking, but they are mine. And they were not, under any circumstance, a waste. They are an inextricable part of who I am, and despite how difficult they are to recollect, I am a better person for them.

As we end America’s longest wars, a new generation of veterans has a role to play in shaping and redefining the overwhelmingly cynical narratives surrounding the military community and culture. As veterans, we must share our stories and help Americans understand that our efforts in both Iraq and Afghanistan were not unequivocal failures. There were horrible moments, sure, but there was also great personal growth for each of us.

Those of us who spent our formative years in combat have an essential role to play in ensuring the Iraq and Afghan war experiences become part of the collective American memory. Conversely, Americans must listen and share the burden of these memories, however difficult they may be to remember, if we are to come out of these wars a stronger nation. If we fail to do that, only then do we risk these years of combat becoming a waste.

Capt. Liam Walsh is an active-duty Army Infantry Officer. He deployed once to Iraq and twice to Afghanistan. The views expressed are his own.