Before Jimi Hendrix was a living icon, knocking out psychedelic guitar riffs and counterculture ballads that remained relevant after his … Continued 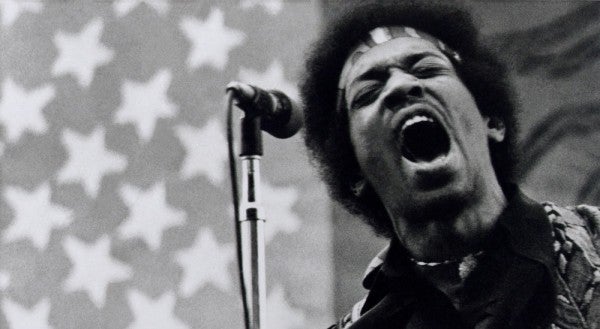 Before Jimi Hendrix was a living icon, knocking out psychedelic guitar riffs and counterculture ballads that remained relevant after his untimely death on Sept. 18, 1970 — 47 years ago — he was a soldier in the U.S. Army. The man who once set his left-handed Stratocaster ablaze after playing it with his teeth wore olive-drab fatigues and a military cover before swapping them in for tie-dye shirts and headbands. But the way he left the service was as epic as any of his guitar licks.

James Marshall Hendrix’s short tenure in the service — exactly one year — began after he was arrested in connection with a Seattle car-robbery spree in 1961 and given a choice: serve two years in prison, or enlist in the military. Hendrix opted for the Army and enlisted in May 1961, getting assigned to the 101st Airborne. Almost from the start, Hendrix had doubts about military service, writing back home to his father after arriving at Fort Campbell, Kentucky, about the physical hardships of uniformed life.

“There’s nothing but physical training and harassment here for two weeks, then when you go to jump school, that’s when you get hell,” Hendrix wrote in the letter, according to Steven Roby and Brad Schreiber’s 2010 biography Becoming Jimi Hendrix. “They work you to DEATH, fussing and fighting.”

Already a skilled guitarist while stationed at Fort Campbell, Hendrix was instantly drawn to the thriving music scene an hour away in Nashville, Tennessee. His late-night shows out at clubs and bars often put him at odds with military life.

He was frequently the subject of numerous counselings and disciplinary reports, and after repeatedly missing bed checks on base — due to playing late-night gigs out in town — Hendrix was demoted from private first class to private. In his defense, Hendrix wrote that his delayed return to base was “due to payday activities and weekend,” Roby and Schreiber write in Becoming Jimi Hendrix.

They flag a report by Hendrix’s squad leader, Gerd H.K. Klepper, who wrote that “Private Hendrix has been found sleeping on duty several times, he has been given extra training as a corrective action on numerous occasions but to no avail.

Related: That Time The Army Had To Save All The Anti-War Hippies At Woodstock From Starvation »

“In my opinion,” Klepper concluded, “Private Hendrix is unsuitable to military service and should be eliminated from the service.”

There were six of us working pairs… Every once in awhile I would catch Hendrix setting down on his footlocker or laying down on his bunk trying to get some sleep. Around 1000 hours I looked all over the squad bay for Hendrix buy couldn’t find him… I then went into the latrine and saw Hendrix sitting in the last commode. I thought he was sitting there sleeping I stood on the stool in the commode next to his and looked into his commode, there sat Hendrix masturbating himself. At that time [Private Stroble] came into the latrine and I motioned him to come over and witness what was happening. He took a look and then went back into the squad bay and started working again.

“Psychologically, Jimi was unprepared to cope with the military,” Roby and Schreiber write, “yet he never lost respect for those in the armed services. He studiously avoided public discussions of Vietnam, opting instead for general comments on peace and unity.”

That feels like a bit of a stretch — but then again, even Hendrix’s iconic anti-war song “Machine Gun,” is more of a visceral ride through a firefight than a staunch stand against the war, with Hendrix telling the audience at the Fillmore East in New York City on Jan. 1, 1970: “I’d like to dedicate this one to the ‘draggy’ scene that’s going on. All the soldiers that are fighting in Chicago, Milwaukee, and New York. Oh yes, and all the soldiers fighting in Vietnam.”

Though his time in uniform was short-lived, it’s probably for the best. If Hendrix had never pissed off so many of his superiors and left the service early, there’s a chance he’d never have been able to inspire so many thinkers, artists, and political activists during the height of the counterculture movement, and that would have been a terrible loss.