Someone over at the Department of Homeland Security is using a terribly-programmed bot to write their press releases or they... 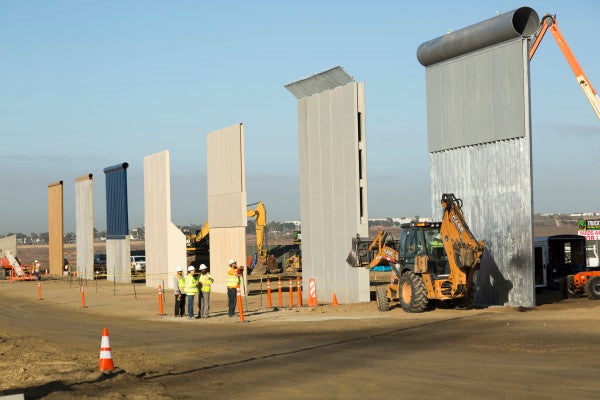 Someone over at the Department of Homeland Security is using a terribly-programmed bot to write their press releases or they just can't write proper English.

In a Wednesday press release posted to the official DHS website titled “Walls Work,” the agency proclaimed it was committed to “building wall and building wall quickly.” It added that DHS was not “replacing short, outdated and ineffective wall with similar wall” but would build a wall that was in fact, 30 feet high.

Brick from Anchorman, is that you?

“FACT: Prior to President Trump taking office, we have never built wall that high,” the press release added.

Also a fact: Whoever wrote this needs a fucking copy editor, stat.

The bottom line, the release concluded, is that “when we have installed wall in Yuma Sector, we have seen border apprehensions decrease by 90 percent. In San Diego we saw on Sunday that dilapidated, decades old barriers are not sufficient for today’s threat and need to be removed so new – up to 30 foot wall sections can be completed.”