Halloween is rapidly approaching. It used to be an extravaganza of creepy frivolity, unfortunately the bad guys of the world... 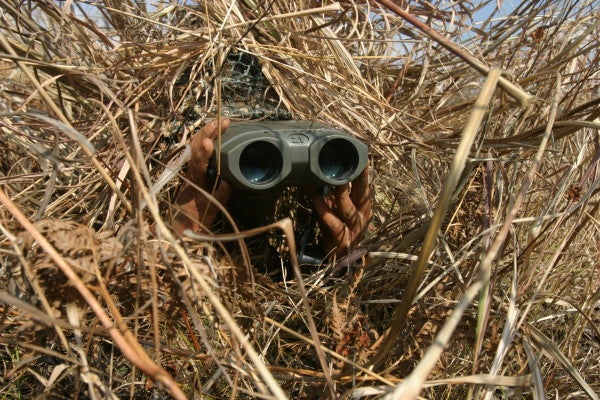 Halloween is rapidly approaching. It used to be an extravaganza of creepy frivolity, unfortunately the bad guys of the world now require the hovering of helicopter parents checking for razors in their child’s candy — though as a kid, I was always sure this was just a means for parents to steal the best treats. Recently everything from moving trick-or-treating away from Halloween night to prevent hoodlums from wreaking havoc, to the dangers of invisible body suit costumes make parents and communities freak out.

Instead of being part of the problem, here are five ways you can keep your child safe and make your neighborhood a fun place for Halloween.

A leader’s reconnaissance is crucial to the success of any tactical mission. Parents should perform a reconnaissance of the target neighborhood or their own with an eye toward safety and candy-acquisition variables. A creepy house without decorations meets the bypass criteria, while a creepy house because it is highly decorated and people are in the spirit is a target of opportunity. There are many web-based tools for parents to take a look at safety issues in a neighborhood (child predator, crime maps, and the police blotter).

Outside of glaring safety issues, providing 360-degree security on Halloween night is always a good bet. If you have older kids who don’t want mom or dad nearby, maintain an overwatch position from a distance — like the porch, sidewalk, or the entrance to the cul-de-sac where your child is trick-or-treating. Don’t forget to maintain regular communications with your candy scouts, or to pool resources with other families, and have fun.

Based on the reconnaissance and your designated route, utilize the fifth principle of patrolling: common sense. Avoid highways, railroad tracks, or cemeteries, particularly pet cemeteries. For the older candy scouts, have them back brief you on their routes and call in regular checkpoints. The mission isn’t over until everyone is home on the couch eating candy.

3. Actions on the objective.

Violence of action is key to a tactical victory. On Halloween night encourage your child to take decisive action, but make sure they aren’t a jerk. Don’t advocate pushing over small children in a rush to the candy bowl. If you come up to a house that doesn’t want to interact with the public and leaves a bowl of candy on the porch, just take one, don’t be greedy. Like the legendary Marine Corps leader Gen. James Mattis once said: “Be polite, be professional, but have a plan to…” well, let’s adapt that last part to read: “get candy from everyone you meet.”

4. Get involved in perimeter defense.

Halloween is a great opportunity to dust off your ghillie suit and hide in the leaves. Ultimate Fighting Championship fighter and Army National Guard Special Forces veteran Tim Kennedy provides an excellent example.

Everyone has goals in life. Mine is to make at least 10 kids pee selves. #HidingInBushes #Halloween pic.twitter.com/oAmj2cn77m

Decorations, lighting, and well-stocked candy are all important home-defense preparations. If you have teenage hoodlums in the neighborhood, hiding in your ghillie suit can provide a lesson on personal responsibility if they mess with your pumpkins.

Instead of being the parent crying to the media, your town, or school district to ban the dangerous “whatever the trendy problem is this year” item for Halloween, be an active contributor to the fun and safety precautions in your neighborhood. Dress up with your kid. For instance, last year I wore a unicorn mask while my daughter rode on my back as a princess. We had fun and made some memories. Get involved, but give your kids the space to develop as a child and fight the costumed demons. Good leaders and parents are the invisible hand guiding actions for mission success without their knowledge.

A tip for adults.

Don’t drink too much. Costumes, bar crawls, and booze generate some memorable pictures for the internet and your current, or future employer.

Generally, Halloween costumes do not make for a good walk of shame outfit.