5 Tips For Recruiting Hipsters Into The Military

On Feb. 19, Secretary of Defense Ashton Carter spoke to 300 Pentagon employees just days after being sworn into his... 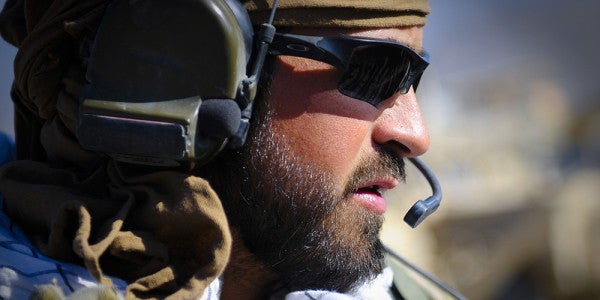 On Feb. 19, Secretary of Defense Ashton Carter spoke to 300 Pentagon employees just days after being sworn into his new post. Carter beseeched military leaders to refocus their efforts on making military service more appealing to the younger generation. One of the reasons for this renewed effort, Carter said, is that we have “no great galvanizing thing” like the Sept. 11 attacks, or two major ground wars, to motivate millennials.

But, what Carter fails to realize is that the military already has a lot going for it to start recruiting at least one demographic of young Americans. Enter: the Hipster soldier. Think about it, Hipsters love old, outdated crap. The shittier, the more chic it is.

Think of all those spit and grime-covered recreation rooms on bases or local bars in town, with the crappy, scratched-up pool tables where all the balls roll right and sink into the back corner pocket — that is the ideal hipster dive bar, not to mention nickel or dollar drafts of cheap beer, a mainstay at any bar in a military town. Also, let’s not forget the standard-issue military glasses, or BCGs, commonly known as birth control goggles, because nobody gets laid in those. Well nobody but hipsters apparently, because they actually go out and pay for the damn things.

We have just a few more things the military can do to help Carter bring in all the bearded heroes he can stand.

1. Issue no shave chits as enlistment and retention incentives.

Considering how many servicemen get out and immediately grow massive and unkempt viking beards, this one is a no brainer — it helps with retention and it’s a must-have if Carter wants to build the first-bearded and plaid-clad Hipster unit of its kind, or at least one that isn’t Canadian.

And, while we’re on the topic of bearded troops, let’s consider special operations forces — those guys wreak havoc and they’re more hairy than the unholy spawn of a yeti and Chuck Norris. This beard boycott has got to go if Carter wants to keep the service stocked with young Americans.

This would alleviate so many problems immediately, and not just for Hipsters. Skinny jeans are pretty much tights that only look like jeans up close. They stretch, and give everyone an oddly androgynous physique. But, here’s the relevant part for both the military and its new joins: no more tailoring fees for trousers, which saves money because those fees will pile up, and with the influx of cheap-beer-swilling, bearded-millennials, waistlines are bound to swell.

If Carter could spare the green to get one of the top Hipster bands to jazz up the old tune, then maybe it will mean service members will stop booking it for the nearest building at sundown or sun up. No more: “Oh shit colors! RUN!” Maybe some junior troops will actually stay in place — in the case of Hipsters, they may even show up early with tents, coolers of beer and flags marking where they’ll set up “camp.” And, unlike at Coachella and Bonnaroo, they’ll actually clean up after themselves.

4. Put Foucault and Nietzsche on the commandant’s reading lists.

Now, the reason Carter should drop these two names has nothing to do with their works, or the content therein — nobody really reads it anyhow; most of us have to search online to spell either name. It’s Hipster bait, pure and simple, so there’s no reason to worry that incoming recruits will begin to question power relationships and the state’s reach into their lives.

I mean, it’s not that threatening to good order and discipline; it’s not like we’re suggesting Jacques Derrida. Every formation would devolve into a debate between a flabbergasted first sergeant and a smirking service member with a curled mustache who’s having a good old time talking about signifiers and symbols.

5. Issue all ribbons, medals, and commendations as lapel pins.

Now this one, is the pièce de résistance because every serviceman or woman, admittedly or not, is proud of their stack, but a ribbon or medal rack doesn’t fit well on a vest or a purse. But pins? That’s the path to instant esprit de corps, not to mention the money it will save the Pentagon on paperback uniform manuals, there’s no need for them once service members start haphazardly pinning their awards all over suit jackets and fedoras like Cold War era Soviet generals.

So, with these suggestions in mind, the secretary of defense should have some luck boosting recruitment numbers, and for those who might critique his choice in prospective candidates, let’s not underestimate the tactical potential of a fixed-gear, bicycle-mounted hipster brigade. Assuming, of course, they’re only sent to invade Chicago, New York, or San Francisco.