The Common Thread Between The ‘Don’t Ask, Don’t Tell’ Repeal And Women In Combat Arms Debate

When the repeal of the ban on homosexuals serving openly in the military, commonly called “Don’t Ask, Don’t Tell,” or... 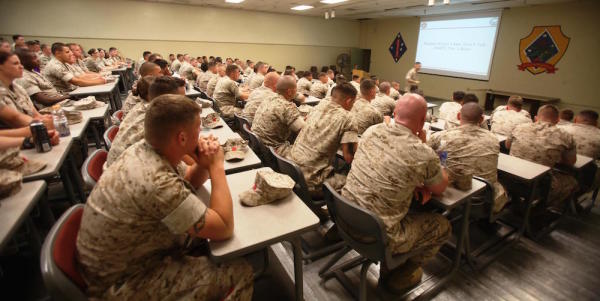 When the repeal of the ban on homosexuals serving openly in the military, commonly called “Don’t Ask, Don’t Tell,” or DADT, was debated in 2010, some prominent leaders spoke against it in hyperbolic terms. Then Marine commandant Gen. James Amos said that gays serving openly in the military could cause a “distraction.” He went on to say, “When your life hangs on the line, you don't want anything distracting. … Mistakes and inattention or distractions cost Marines' lives.” He didn’t actually describe what gays would do that would cause a distraction.

Perhaps he thought that Marine infantry squads would break into impromptu a cappella renditions of “Cats” or “Mamma Mia!” during firefights. While that would certainly have brought much-needed culture change to Afghanistan or Iraq, it hasn’t happened yet. Despite the doom and gloom predicted by the naysayers, such as the Center for Military Readiness — which argued that inevitable “male/male and female/female sexual entanglements would complicate and hurt morale, recruiting, and retention” — the practical effect has been a big “Meh.” No one has yet come forward with any concrete examples of how homosexuality has cost lives in battle, despite the nation being engaged in continuous combat since repeal.

Opposition to homosexuals serving openly has rapidly diminished. In 2014, that opposition was at 19% among service members, compared to 49% immediately before the ban was lifted in September 2011. It turns out that the only change was finding out that there were gays in the military all along, and now they can serve without fear of being exposed. Perhaps the pre-repeal dilemma wherein a portion of the force had to live a double life was the real distraction.

Formal studies, not just anecdotes, have confirmed that the repeal of “Don’t Ask, Don’t Tell,” has had no effect on military readiness. This shouldn’t be surprising; we already had practical evidence to that effect from almost all of our allies before repeal, including the oft-mythologized Israelis. The real problem people had, and some still have, with homosexuals serving openly was not regarding combat effectiveness, it was about some individuals’ personal moral views.

In this particular case, those viewpoints are thankfully vanishing as one generation moves to the next, just as opposition to racial mixing did after segregation ended. Polls show that each new generation is progressively more tolerant of homosexuality. Our new recruits will eventually see this as no big deal, or at least as nothing to worry about while on the job. Personal opposition to gays in the military will be just that. Personal.

Whether someone has a personal objection to homosexuality is largely immaterial, as long as he can keep it to himself. Harry Truman ending military segregation didn’t end racism, either, but eventually the institution got over the bumps in the road.

What those objections show us, though, is the necessity of being forthright and honest in our arguments about social issues in the military. There never was any actual evidence that open homosexuality would impair military readiness. It was really a moral argument all along, but opponents of repeal knew that was not going to pass muster. There are other issues facing the military that have moral components, and they need to be argued as such and not dressed up as arguments about readiness.

Specifically, we’re facing another rhetorical battle over women in combat arms. Opponents of this often cite the distractions that might be caused by women in the field or the breakdown of unit cohesion. Those pushing those arguments are many of the same people who cried wolf with similar concerns over the DADT repeal.

If the DADT repeal taught us anything, it’s that we need to take emotion and subjectivity out of these decisions as much as possible. Personally, I haven’t yet made up my mind on whether women should be in combat arms. I actually need to see the objective data on whether or not women can do the job without compromising readiness. That’s the information that should drive this decision.

The Army and Marines have been doing various pilot programs and experiments to determine whether women should remain excluded from ground combat arms jobs. We need to ensure that the military compiles the data, see what it tells, and then make a decision based on the facts, not on subjective ideas. The only morality that we need concern ourselves with here, as with the DADT repeal, is the American ideal that people deserve a fair shot to succeed if they can do the job.