This Iraq War Vet Was Refused Care At 2 VA Clinics

When Iraq War veteran Chris Dorsey was turned away from a VA clinic in Lawrenceville, Georgia, he knew no one... 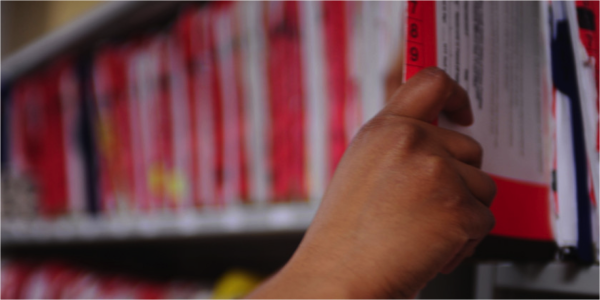 When Iraq War veteran Chris Dorsey was turned away from a VA clinic in Lawrenceville, Georgia, he knew no one would believe the reason he received: They weren’t accepting new patients. So, when he went to a second VA clinic in Oakwood, Georgia, on Tuesday, Dorsey made sure he had a camera.

The video, which was reported by Military Times Tuesday evening, shows Dorsey at the check-in counter after waiting patiently in line for several minutes. When he tells the man at the desk that he needs a transfer from Athens, Georgia, he gets this response: “We're not accepting any new patients — not this clinic.”

Dorsey was seeking care for worsening symptoms related to post-traumatic stress disorder, which he sought treatment for through the VA in the past. Dorsey’s nearest option is a medical center in Atlanta, more than 50 miles from his home. This makes him eligible for the VA Choice Card Program that was introduced last year and would allow Dorsey to see a non-VA provider. However, according to Military Times’ report, Dorsey was not aware the program existed and only received word of it from a fellow veteran he met through an outreach group.

Neither one of the VA employees behind the front desk informed him of other options for care, they only let him know he wouldn’t be getting any help from them.

“It's devastating for me to go in to two places and say I'm here to get help and they are essentially saying 'I'm not going to help you,'” Dorsey told Military Times.

On Wednesday, the VA's Office of Public and Intergovernmental Affairs sent Task & Purpose a statement in response to this story saying that the message Dorsey received “is completely unacceptable and will not be tolerated.”

According to the statement, “VA staff should have established a full understanding of Mr. Dorsey’s medical situation and determined if an appointment was available for him at another location or if he was eligible for the Choice Program and could be seen outside of VA.”

The statement also said that leadership officials at the Atlanta VA Medical Center are reaching out to Dorsey “to determine his need for services and to offer the appropriate care,” and planning to retrain front line staff so they properly inform veterans about their options.

Watch the video of Dorsey's interaction with the VA clinic employee below.

UPDATE: This story was updated to include a statement from the VA's Office of Public and Intergovernmental Affairs (7/1/2015; 1:33 pm).