Ten years ago this summer, Sgt. Leigh Ann Hester became the first female soldier since World War II to be... 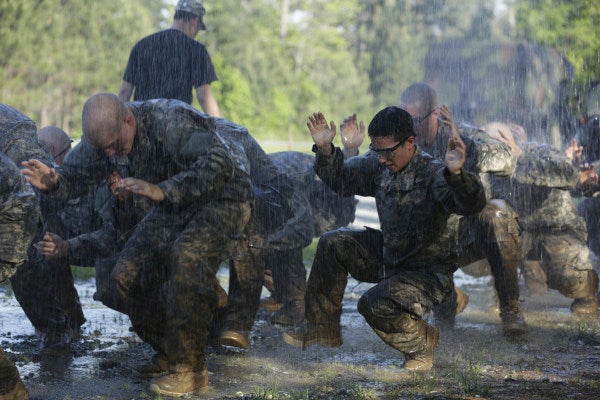 Ten years ago this summer, Sgt. Leigh Ann Hester became the first female soldier since World War II to be awarded the Silver Star for exceptional valor in combat.

While serving in Iraq on a mission to search convoy routes for improvised explosive devices, Hester’s squad was ambushed. She led her team in a 25-minute firefight, using hand grenades and an M203 grenade launcher to defend her fellow soldiers while leading her team to cut off the enemy. During the fight, Hester killed three insurgents. “It really doesn't have anything to do with being a female. It's about the duties I performed that day as a soldier,” Hester once told the American Forces Press Service.

Despite the combat inclusion ban restricting women from certain jobs in the military during the wars in Iraq and Afghanistan, over 280,000 women have served. In these wars combat comes from all sides from an insurgent-style enemy. This means everyone serving in the military faces the same kind of risk. Even when not technically in traditional “combat” roles, women are engaging the enemy and returning fire.

Capt. Zoe Bedell, like many of these women, fought bravely and with heroism. In 2011, Bedell led 46 women in combat missions in Afghanistan with all-male combat units as part of a female engagement team. Bedell said in a 2012 news conference, “My Marines supported infantry units. They patrolled every day. They wore the same gear. They carried the same rifles. And when my Marines were attacked, they fought back.”

Ultimately, Bedell left active duty because of the ban on women in combat dramatically limited her opportunities for promotion.

The Department of Defense officially lifted the combat exclusion ban in 2013, but a loophole remains. Each branch of the military has until Jan. 1, 2016, to decide whether they will request that women be excluded from serving in certain combat roles, even if they are physically or otherwise qualified. Even though Bedell is out of the military, she is still fighting. She wants to make sure commanders in the field have access to the best talent available, including soldiers like Hester. Visit here to learn more and sign Capt. Bedell’s petition asking the Department of Defense to let women serve in any military position they qualify.

As a former special operations soldier, I believe when it comes to our national security we need the best soldier for the job, regardless of gender. That’s why I added my name to this petition. The combat exclusion ban restricts commanders’ ability to best use the talent they have and put the right person in the right job. Service members like Hester and Bedell exemplify the potential that women in every job can have, and the talent available to every leader if full integration becomes a reality. Our national security demands it.