The Use Of Military Force Is About More Than Expected Outcomes

As the city of Kunduz attempts to rebuild, its temporary occupation by Taliban forces should force the U.S. foreign policy... 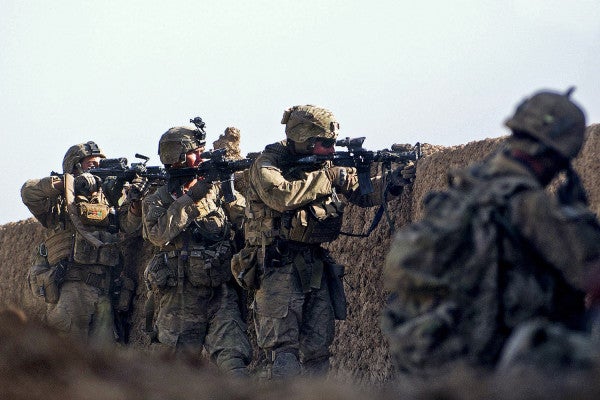 As the city of Kunduz attempts to rebuild, its temporary occupation by Taliban forces should force the U.S. foreign policy establishment to stop and reflect on what the entire 14-year long war in Afghanistan has accomplished. It is indeed valuable to ask whether the value of the city and Afghanistan as a whole exceeded the cost of American and coalition blood spent fighting for control over the years. Focusing on events like the takeover of Mosul and Kunduz force us to confront the bigger question: Was the war worth it? If yes, then how much additional cost should we be willing to bear to ensure the viability of our investment?

Pundits across the political spectrum such as Juan Cole and John Bolton answer, “Was it worth it?” by substituting the question, “How did things turn out?” The answers to the questions of worth and what should be done to retain that value are predictably aligned with ideological predispositions: from conservatives, yes, worth it, and the Obama administration is now throwing it all away; to liberals, no, and we told you so.

Unfortunately, the more nuanced perspectives, which contextualize battlefield failures with the inherent difficulties of train-and-assist efforts, are in the minority. True, the more simplistic and straightforward recommendations — from the “Yes, worth it” camp amounting to “time to double down” and the “No, not worth it” camp amounting to “fold and leave immediately” — feel more psychologically satisfying for both the public and political leaders. However, these perspectives fail to acknowledge the grey realities of training foreign forces and the complexities of combating insurgents as an invading force — on average, the chances of success in civil wars and counterinsurgencies is about equivalent to a coin flip. Making small bets and playing the odds means losing occasionally but also winning occasionally; while a smart poker strategy viscerally feels awfully unsatisfying when lives and nations are at stake.

Criticism of past decisions and strategies are often biased by outcome and hindsight. Bill Roggio claims that the fall of Kunduz invalidates the entire 2009 Afghanistan surge decision; however, this claim does not grapple with the important counterfactual of what Afghanistan would look like if there hadn’t been a surge of forces in the first place. Similarly, Allen West’s claim that Kunduz was the result of President Obama’s desire to avoid confrontation does not acknowledge the dangers of using force in an indiscriminate manner (a point tragically underscored by the errant airstrike on a Médecins Sans Frontières hospital).

But the quality and wisdom of a decision cannot simply be determined based on outcome, it must also take into account the thoroughness of the process used to arrive at the decision. Yet we almost always fall victim to viewing decisions solely through the outcome lens. Everyone wants to be a part of a success. Defeats are abandoned like burning buildings. It’s like saying the raid to kill Osama bin Laden was a good decision because it worked out, while being ready to abandon that judgment if it had turned into a catastrophe like Desert One. It’s easy to say that Afghanistan wasn’t worth fighting for with Kunduz burning in the background and much more difficult to say the same when Taliban fighters were in full retreat in 2001.

Judging decisions based solely on outcomes is also dangerous because it prepares the ingredients for poor future decisions. Outcome bias leads to confusing “getting lucky” (winning longshot battles) with “deserved successes” (winning well-planned and well-executed battles). It’s necessary to distinguish the odds of success before deciding whether a decision was wise or not. Future historians might characterize the U.S. foray into Afghanistan as having had a chance to be successful. They might also characterize the U.S. invasion into Iraq as being doomed from the start, unleashing regional consequences we have not yet imagined, let alone dealt with. Thus embarking on one operation might have been a more wise decision when compared to the other. In the long run, luck usually runs out. It is necessary to depend on proper planning and strategic thinking when choosing our battles.

How should this new understanding help us with future decisions? Distinguishing the odds helps us better understand that errors in foreign policy can come from two distinct sources: action and inaction. Not taking action when there are good odds of success can be just as detrimental as taking action when things aren’t likely to work out. We often observe and criticize errors of action (TSA confiscating your toothpaste), but we also find it completely consistent to criticize errors of inaction (TSA not confiscating a toothpaste bomb).

The public wants our leaders to be perfect as well — committing forces to the fight when needed and avoiding commitments when we’re likely to get stuck in a quagmire. In hindsight, keeping forces in Iraq post-2011 or rushing them back in after Fallujah fell may have kept the Islamic State from making the territorial gains that it has to date. It may also have committed U.S. troops to another decade-long foreign adventure. A smart foreign policy comes from making necessary course changes and adjustments as conditions evolve. Yet, the same public and pundit class that demands perfect security also demands ideological and decisional purity from our leaders. This is the equivalent of forcing leaders to be stuck in the single-dial settings of “Yes, use force” or “No, don’t use force.” Unfortunately, one man’s nuance is another man’s flip flop.

Ultimately, our response to Kunduz and any future Kunduzes should take into account anticipated security gains as well as the probability of success. What kind of actions we take and whether or not we take any action at all should result from an understanding of the risks from taking action as well as the risks from inaction. Use of force is a matter of type, degree, duration, and a whole host of other considerations. We should demand that our leaders take reasonable courses of action and not just default to whatever feels politically expedient. Likewise we should demand informed analysis from media commentators, not just parroted talking points that were generated based on ideologically biased assumptions. “Bomb them back to the Stone Age” and “War is not the answer” are two equally pithy and equally useless bumper sticker foreign policies.