VA to study cancers, illnesses tied to military deployment to toxic Uzbek base

Hundreds of cancers were reported by special operations and conventional forces who served at Karshi-Khanabad between 2001 and 2005. 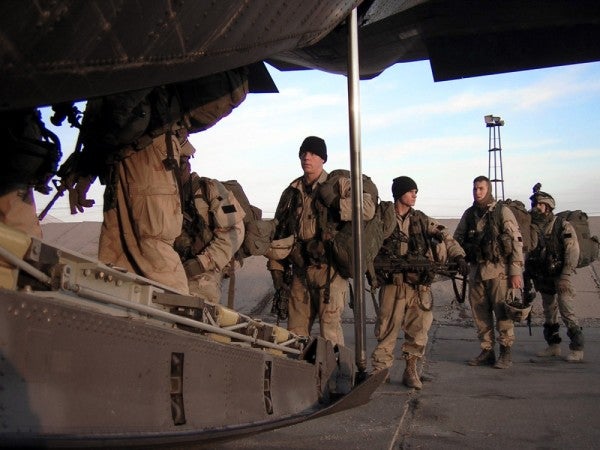 WASHINGTON — The Department of Veterans Affairs has notified Congress that it will study the health impact of toxic exposure on service members who served at a contaminated base in Uzbekistan after the 9/11 attacks, a key oversight subcommittee announced Monday.

The commitment to study the health effects on service members who served at Karshi-Khanabad, Uzbekistan, or “K2,” was outlined in a memo from the VA to the national security subcommittee of the House Committee on Oversight and Reform.

The subcommittee has been investigating hundreds of cancers reported by special operations and conventional forces who served at K2 between 2001 and 2005, after McClatchy broke the story about how many K2 veterans were now diagnosed with cancer and obtained classified documentation about the former Soviet and Uzbek base, which had known radiation and chemical contamination.

“The questions raised about K2 are important and VA is actively investigating the issues,” the department said in its correspondence to the subcommittee, obtained by McClatchy. “VA is awaiting declassification of the reports on environmental monitoring.”

In the memo, the VA said its new study would look at illnesses among K2 veterans that have surfaced up to 19 years after they deployed to the base, and would look not just at cancers, but other chronic illnesses. It would then take the rates of illnesses found among the K2 veterans and compare those to rates found among those who served in Iraq and Afghanistan and also to the general population.

“The legislation we introduced moved the Department of Veterans Affairs to take action, and I look forward to continuing our critical oversight work to ensure K2 service members and their families receive the health care they need and the disability benefits they deserve,” said subcommittee chairman Rep. Stephen Lynch, D-Mass.

Subcommittee member Rep. Mark Green, R-Tenn., served as an Army special operations flight surgeon with the 160th Special Operations Aviation Regiment and had also deployed to K2. At a committee hearing on cancers among service members who were at that base, Green said he too had been diagnosed with thyroid and colon cancer.

On Monday, he welcomed news that the VA would conduct an expanded study. “It’s long past time to address veterans’ toxic exposure at K2 air base,” Green said.

The VA study will not impede the committee’s other ongoing legislative work on K2, to speed medical benefits and get cancer included as a presumptive condition for those who served at the base, a committee aide told McClatchy on the condition they not be identified.

K2 had been a storage site for chemical weapons and enriched uranium, according to documents previously obtained by McClatchy.

An earlier 2015 Army study found at least 61 cancers among K2 veterans and that veterans who served at the Uzbek base were up to five times as likely to be diagnosed with certain cancers.