Airmen Are The Backbone Of The U.S. Mission Combating Ebola

While the Army's 101st Airborne may be in the spotlight for its West Africa deployment to support Operation United Resolve, … Continued 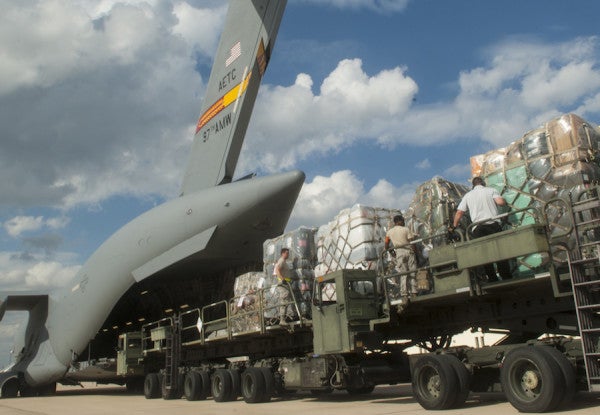 While the Army's 101st Airborne may be in the spotlight for its West Africa deployment to support Operation United Resolve, there are plenty of Air Force personnel who are proving instrumental to U.S. efforts to fight Ebola’s spread.

From the beginning of United Resolve, Air Force Airlift Command aircraft have shuttled thousands of tons of supplies and hundreds of personnel to Africa, shouldering the entire logical load for the operation. Additionally, about a quarter of the total U.S. presence on the ground are airmen conducting medical, logistical, and civil engineering operations. A significant number are reservists, including a number of C-17 pilots who volunteered to leave their civilian jobs to fly in support of United Resolve.