As the Marine Corps draws down from Afghanistan and welcomes a new commandant in Gen. Joseph F. Dunford, it faces … Continued 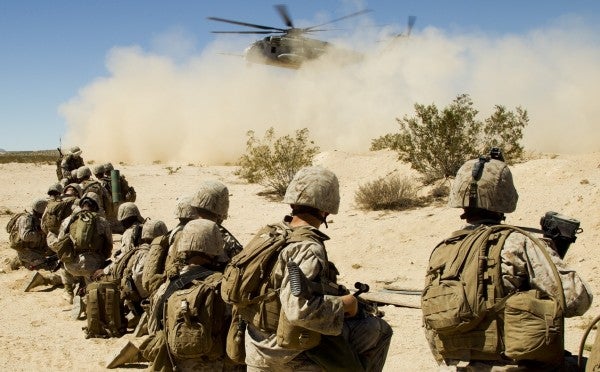 As the Marine Corps draws down from Afghanistan and welcomes a new commandant in Gen. Joseph F. Dunford, it faces uncertainty about its mission and its future.

Like the rest of the armed services, the Marines face an uncertain budgetary future as the sequester continues. As a result, a smaller Marine force must contend with a growing number of threats. The Marines are the U.S.’s rapid response force, and must master the counterinsurgency lessons of Afghanistan without forgetting the Corps’ conventional amphibious roots; a focus that has declined somewhat as the Marine-Navy relation has seen less focus through two land-based wars.

Readiness has become the current priority for the Corps, but whether that will hamstring modernization and long term advancements remains an open question.