The Case Against Being Condescending

Recently, Task & Purpose published an article by Chris Hernandez entitled “The Case Against Being Too Sensitive.” He describes several... 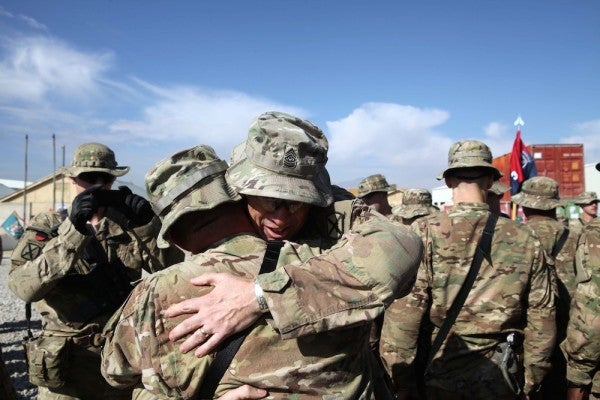 Recently, Task & Purpose published an article by Chris Hernandez entitled “The Case Against Being Too Sensitive.” He describes several mentally tough individuals who are able to experience horrific traumas and bounce back with a positive attitude and optimism. Instead of ruminating over a helicopter crash, facial burns, and the tragic loss of several friends, his friend took control of his trauma and was able to talk about it in a healthy way. Hernandez describes horrors most people can’t even imagine experiencing: consoling a man who helplessly watches a building burn with his elderly mother inside, seeing the head of a decapitated two-year-old on a car’s floorboard after a traffic accident, murder scenes, a young friend’s suicide, combat. In all of these anecdotes, he was able to respond to trauma with resilience.

Essentially, the case against being too sensitive is the same as the case for being resilient. And who doesn’t want to be resilient? Resilience is associated with mental and physical toughness, tenacity, and being in control of one’s emotions. It is the ability to bounce back from difficulties, including trauma. Everyone in the military wants to be resilient, and nobody wants to be “too sensitive.” The trouble is, one’s level of resilience is largely out of one’s control. You either have it or you don’t (I’m oversimplifying a bit to make my point clear; resilience actually exists on more of a continuum).

Resilience can be thought of as a sort of trait. It differs person to person. Hernandez and his Marine infantryman buddy are both clearly high in resilience. They were both able to witness and endure unspeakable horrors and come out of it okay. And that is extremely commendable. They are emotionally tough men who were able to process their traumas and effectively move on. However, not all people are able to do this as easily. This is not a universal trait. And that is not to say resilient people are “better,” it simply means that not all people can witness horrific traumas and be just fine.

And to compare traumas is a neverending spiral. What may be traumatic for one person may not be traumatic for the next person. To say, “So and so’s face was on fire and he was fine. You just looked into the eyes of screaming child as they died. Why aren’t you over it?” is not only pointless, it is damaging. There are so many human and situational factors at play in how an individual responds to trauma. Some people need more time and help to process and cope.

The advice to “fuck your trauma” and get over it is simply not helpful to these individuals. Anyone who is experiencing trauma would assuredly love to “fuck” their trauma and just get over it. It would be truly amazing if that were possible and coping with trauma was that easy. But the sad truth is, it is not that simple. In fact, statements such as these reinforce mental health myths and barriers to mental health care. Telling someone to “fuck your trauma” may discourage them from finding a path toward resiliency and from seeking the help they need.

Hernandez also argues that the definition of trauma has now been broadened to include microaggressions and trigger warnings. That is simply not true. The definition of trauma has not been broadened. To qualify as “traumatic” (in the sense that one could be diagnosed with post-traumatic stress according to the most recent edition of the Diagnostic and Statistical Manual of Mental Disorders put out by the American Psychiatric Association), the event must involve “exposure to actual or threatened death, serious injury, or sexual violence” by either directly experiencing the event, witnessing the event in person, or being indirectly exposed (i.e., experiencing repeated or extreme details of traumatic event, such as “first responders collecting human remains or police officers repeatedly exposed to details of child abuse”).

To state it simply, microaggressions and trigger warnings are not traumas, they are entirely separate concepts. And in that sense, the author is correct. If someone were to suggest that “trauma” is synonymous with “microaggression” and “trigger warnings,” they would be incorrect. However, I worry the author has made that exact mistake.

By definition, microaggressions are subtle denigrations of one’s worth as a member of a marginalized group of people. Some examples include statements such as “You are so accomplished for a black man,” or actions such as not calling on female students in a science class. Many researchers have argued that microaggressions can be more damaging than overt signs of intolerance because of their subtle nature, which is often ignored, downplayed, or doubted, whereas overt intolerance can be overtly combatted.

With regard to triggers, these are anything that can trigger a traumatic memory of a traumatic experience, and they are not associated with microaggressions. The goal of identifying triggers is not to make it easier for the person to avoid their triggers, or to request that others enable or assist them in avoiding their triggers. In fact, the therapeutic goal is to purposefully expose people to their triggers. Trigger warnings are not a cop out for facing trauma, rather they are a signal to engage coping skills. By identifying one’s triggers, the person can be mentally prepared to face the memory or the experience of their trauma with resiliency. Nobody is “demanding you change your life to avoid bringing up someone else’s bad memories.”

Belittling people for still working through their trauma does not help anyone. Condescendingly telling someone “You need therapy” does not help anyone. A resilient person telling someone to “Be more like me,” without providing any resources does not help anyone. However, genuinely caring and reaching out are helpful. Compassion for those who struggle is helpful. To model resiliency without shaming those who need assistance is helpful. Isn’t a part of our job in the military to help those who cannot help themselves effectively? It is one thing to say, “Fuck my trauma” and model resiliency; it’s another thing to say “Fuck your trauma” to someone who is struggling. It’s akin to saying “Let them eat cake” when confronted with starvation.

Maybe I am being too particular here, or maybe I’m drawing attention to some mental health myths and microaggressions that may discourage those who need care from getting it.