The Dramatically Diminishing Number Of Veterans In Congress

The political landscape of the United States, and Congress in particular, is constantly changing — one could even claim it... 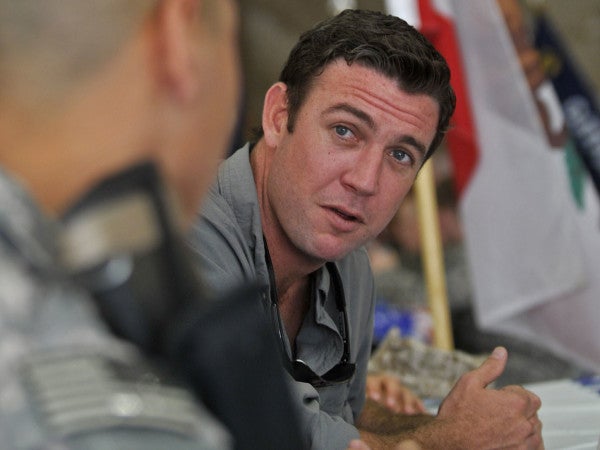 The political landscape of the United States, and Congress in particular, is constantly changing — one could even claim it is eroding.

The American public’s faith in Congress has never been lower, according to a Gallup survey from late last year that put Congress’ approval ratings at 14%. It has also never been easier to commit military forces to harm’s way.

And, incidentally, there have never been fewer veterans in Congress.

That’s why we wanted to share a GIF that illustrates just how precipitously the veterans population in Congress has fallen. The chart was created by a Tumblr account called the Mendoza Line, but we originally saw it on Imgur.

It used to be that if you wanted to hack it in politics, you needed military experience. At the chart’s peak, in the late 1960s, there were more than 300 veterans in Congress. Today, there are less than 100. Veterans are fewer than 10% of the American population, but there are a lot of good reasons why this country needs a healthy amount of veterans in elected office.

For one thing, military service is one of the oldest and best avenues to civil service. No one understands the spirit of national service better than an American veteran.

Secondly, the perspective of veterans, particularly those who have served in foreign wars, is invaluable when this country’s leaders debate putting American forces in harm’s way. It’s a lot easier to sign off on a congressional authorization of military force when you’ve never been in that position. We have separation of power codified in our Constitution for good reason, and we need elected officials who will hold the president accountable when he or she acts as commander-in-chief. Elected representatives with military experience have the credibility and background necessary to do that.

Lastly, look at the GIF. Watch what happens as the veteran representation in Congress evaporates. It gives rise to a new kind of elected representative, someone described in the charts only as “public service/ politics.”

Do you think the concurrent rise of professional politicians and the fall of public trust in Congress is a coincidence? Neither do I.

Here’s the GIF for the House: