As I sat in class this evening, I listened to a fellow undergraduate openly compare how the military treats those... 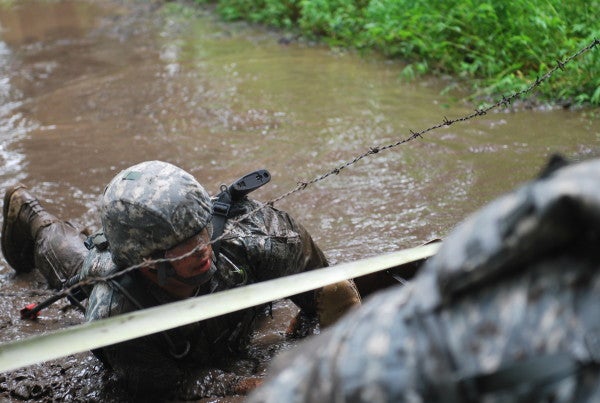 As I sat in class this evening, I listened to a fellow undergraduate openly compare how the military treats those in its ranks as opposed to how civilians treat veterans, her philosophy being the latter does an unquestioningly far better job.

I was immediately struck by how much I disagreed. Casually mentioning my opinion that in fact the opposite was true, I watched as her expression turned first incredulous, then almost immediately to aggravation as she clearly could not believe that I would hold such a view. We left class before either had a chance to follow up with more questions, but I can hazard a guess as to why she would harbor such a convictions on military culture.

On the face of it, it’s easy to see where many civilians could view military culture as overly harsh and degrading on both the psyche and the body. Take the Infantry, a community I am more than a little familiar with. There is definitely a premium put on physical fitness, but more than that they strive to instill a hard to define characteristic known as ‘toughness’ in soldiers. What is toughness, you ask? A friend once told me he thought the Army’s use of long bouts of pushups, sit-ups and other creative body stress positions was ridiculous. And believe me, senior NCOs can get amazingly creative when the spirit moves them. Informally known as “smoke sessions,” he wondered what was gained by it. In simplest terms, it’s a weeding out process of those who will quit when things go sideways and they are taken out of their comfort zone. Being able to masterfully knock out hundreds of push-ups without breaking a sweat is not the point; finding a soldier’s upper limit is. A large part of it is breaking you down to build you up stronger. It’s about who has the heart and will to adapt and overcome when home is far and you’re cold, wet and miserable. Whoever is still standing at the end earns the respect and responsibility of knowing they can be counted on when it matters. It may seem clumsy or barbaric to the untrained eye, but this is the culture an organization dedicated to the profession of arms requires. War demands it.

So a life in uniform is all about comfort level. Every corner of the military needs people not only to perform during a severe emotional and physical experience, but also to excel. It’s not sadistic, but survival. So how does this relate to the disagreement with my fellow student’s position, specifically the civilian part? Speaking for myself, there has been no shortage of gratitude from people upon coming home, especially in the early years of the wars. And this is fine, but it doesn’t do enough. It may sound harsh, but veterans will gain nothing from handshakes and platitudes. It’s just too easy. Society instinctively wants to embrace us and make us feel, well, comfortable. That is absolutely not what we need, though. We’ve strenuously conditioned ourselves to make our greatest strides while in various degrees of discomfort and I assert that’s what we need now. Don’t buy us a beer and tell us its time to move on; engage us. Get us talking about our experiences and connecting with those we served on a deeper level. Ask the awkward questions and listen to the terrifying answers. Understand us but also make us do the work, the emotional “smoke session,” as it were. We need to exercise those new survival mechanisms. It’s a necessarily rocky road and both sides will constantly want to give up and feel they’ve done all they can. Some will quit on the process and some will not. Through the pain, though, lies a deeper satisfaction; those broken parts will grow stronger. And isn’t that the point?

Daniel Gorman is in the National Guard and a student at Fordham University.