McCain: Army’s Search For An M9 Replacement A ‘Wasteful’ Process

On Oct. 29, Sen. John McCain issued a report on the Army’s search for a new handgun, saying the process... 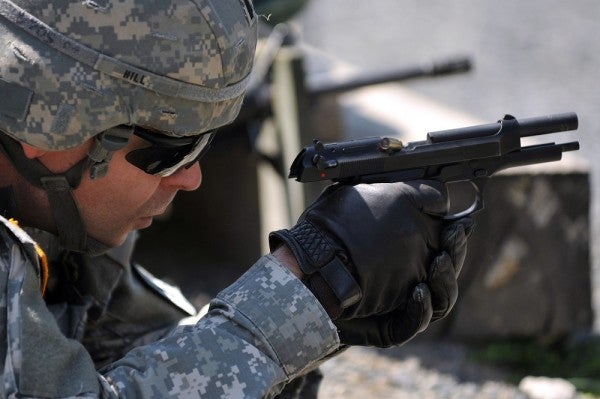 On Oct. 29, Sen. John McCain issued a report on the Army’s search for a new handgun, saying the process was “wasteful” and hampered by “byzantine rules” that stifle competition among arms manufacturers. In the report, McCain argues that the program, which is valued at $1.2 billion, should be scrapped, and though he agrees that the service needs a replacement for the 30-year-old Beretta M9, the senator takes a critical stance on the decade-long hunt for a replacement.

“The Army’s effort to buy a new handgun has already taken 10 years and produced nothing but a 350-page document micromanaging extremely unimportant details and byzantine rules the Army wants followed, many of which are totally unnecessary and anticompetitive,” said McCain in a statement.

McCain’s report on the Army’s Modular Handgun System, called the XM17, was titled “Army’s Costly Misfire” and is part of an ongoing series by the senator called “America’s Most Wasted.”