Nick Kimmel, a combat-wounded Marine veteran, had his specially modified Polaris Ranger all-terrain vehicle stolen over the weekend of Jan.... 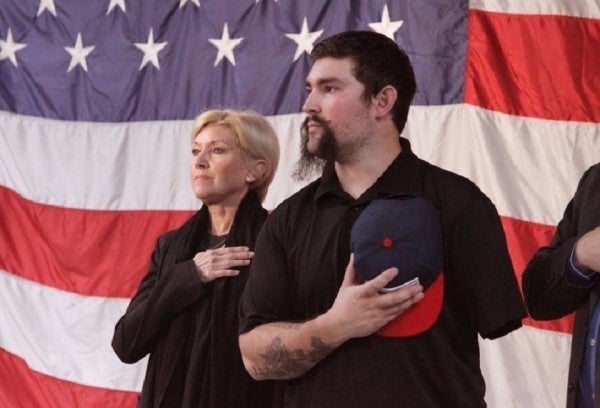 On the morning of Jan. 11, when Kimmel went to pick up the ATV from the parking lot of a gated apartment complex where he left it, it was gone, reports the San Diego Union Tribune.

Related: Here’s what happens when you try to rob a former U.S. Army paratrooper.

Kimmel told the Tribune that the trailer and Polaris are worth a combined $18,000 and had been modified for his use. Kimmel, who lost three limbs after being wounded in Afghanistan in 2011, said the theft occurred while he was moving from his apartment in Mission Valley to a newly designed home that was custom-built for him by the Gary Sinise Foundation, reports the San Diego Union Tribune.

“It sucks that people feel like they have to or need to take what doesn’t belong to them,” Kimmel said the Tribune.

A Facebook post by the group, American-Strong!, asks that anybody who knows the whereabouts of Kimmel’s ATV, or trailer which is 5 feet by 10 feet, contact the San Diego Police Department.

PLEASE HELP SPREAD THE WORD, if you are Local to San Diego -Some pieces of garbage stole injured Marine, Sgt. Nick…

Kimmel filed a police report with the San Diego Police Department on Jan. 12.