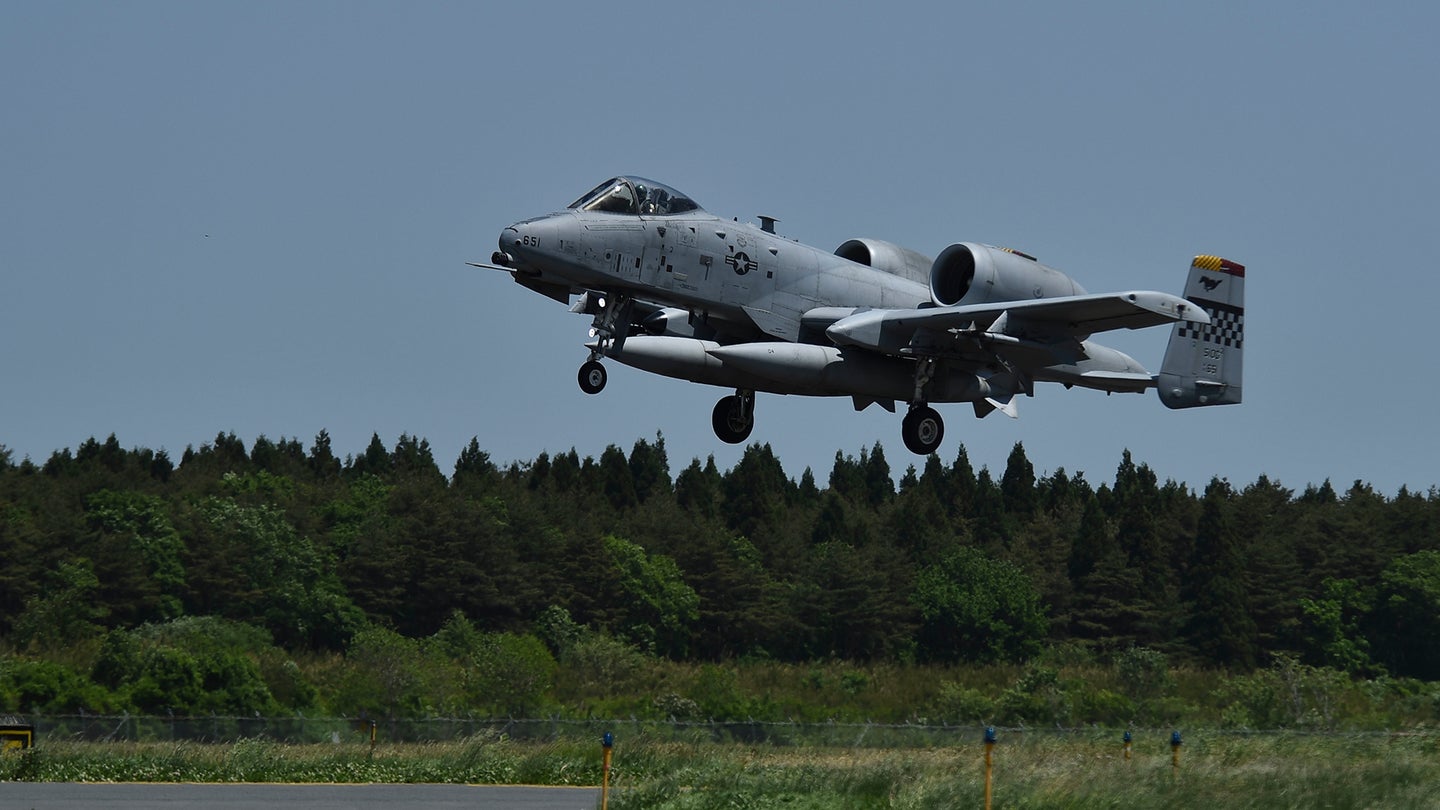 The Pentagon’s $715 billion budget request for next fiscal year takes another whack at retiring dozens of A-10 Warthogs – the airplane troops on the ground love because its 30mm cannon has saved countless American lives.

The Air Force has been attempting to retire the A-10 for decades but its efforts to do so have consistently run into opposition from Congress. The late Sen. John McCain (R-Ariz.) interrogated then-Air Force Chief of Staff Mark Welsh at a 2016 hearing about why the service wanted to get rid of Warthogs when no other aircraft could provide the same level of protection for ground troops.

The Defense Department’s budget request would also give troops and civilian employees a 2.7% raise in their basic pay in fiscal 2022. That’s slightly less than the 3% pay raise that service members received this fiscal year.

Overall, the proposed defense budget would increase spending on military pay and benefits by a total of $5 billion next fiscal year, according to budget documents, which did not specify which bonuses and other special pays for troops would go up.

Most of the military services would shrink slightly under the proposed budget request, the budget documents show. For the active-duty forces, that breaks down to a reduction of roughly 2,700 Marines, 2,200 sailors, 1,000 soldiers, and about 800 airmen.

The Space Force, America’s newest military branch, would increase by 2,000 people for a total of 8,400 Guardians, the budget documents show.

The Pentagon’s proposed budget calls for a roughly 1.6% increase in defense spending; however, both the Air Force and the Department of the Navy would get more money while the Army’s budget would be reduced by about $1.5 billion next fiscal year, budget documents show.

That is because the Department of Defense wants to shift resources to the Air Force and Navy to focus on countering China, a senior defense official said. The Army’s budget would decrease because all U.S. troops are leaving Afghanistan by Sept. 11 — at least, that’s the current drawdown date.

Next fiscal year’s budget request also marks the first time since Sept. 11, 2001 that the Defense Department has not made a separate request to Congress to fund wartime operations, known as the Overseas Contingency Operations budget, the senior defense official said. The Defense Department is asking for $42.1 billion for combat operations and related expenses, a decrease of 22% from this fiscal year.

Originally intended to fund operations in Afghanistan, the wartime budget request became a convenient way for the Defense Department to circumvent caps on defense spending that the Budget Control Act of 2011 has imposed for the past 10 years.

Last year, the Pentagon asked for $69 billion for Overseas Contingency Operations, of which only $20.5 billion was meant to fund “direct war requirements.”

The Defense Department’s budget request also calls for mothballing four of the Navy’s Littoral Combat Ships next fiscal year to save $186 million, an overview of the budget requests shows. Nicknamed “Little Crappy Ships,” the LCS has a less than impressive record of service. Two of those ships were “test platforms” and would be expensive to upgrade; and the other two had major propulsion failures that would cost a lot of money to repair.

While all of the Defense Department’s investments are meant to be specific, the $682 annual pay raise for E-3s translates to about $57 per month. That will do little to help Pfc. Joe Snuffy to pay off his $60,000 car loan for a Dodge Charger at 29% APR.