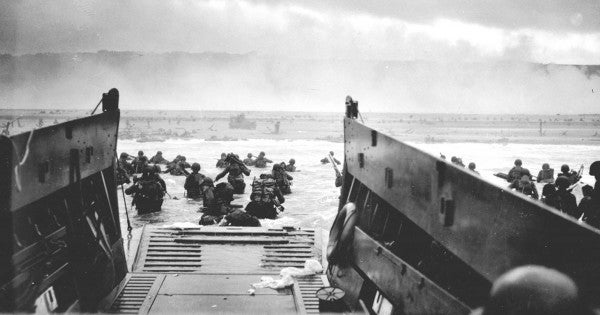 State Department spokeswoman Heather Nauert claimed Tuesday that D-Day, the 1944 anti-Nazi invasion of Europe that occurred 74 years ago today, is part of America's “long history” with Germany's government that has contributed to the nations' “very strong relationship.”

The D-Day invasion, which kicked off on June 6, 1944, was the allied effort to retake France from Hitler's German reich. It resulted in hundreds of thousands of casualties on both sides.

I guess if you're counting shooting at each other as being part of building that strong relationship to come later, then sure, you can count it.